A post in a public Kenyan Facebook group offers good rates for users to boost their credit limit on Safaricom’s Fuliza.

Fuliza allows M-Pesa mobile money customers to complete transactions even when they don’t have enough funds in their accounts.

“DONT BE SCAMMED BY FAKE UPGRADERS!!💴💵💶💴💸💸 HERE IS PAYMENT AFTER SERVICE FOR FULIZA LIMIT UPGRADE UPTO 60,000,” the post reads.

The messages give different Fuliza credit limits, with different fees for buying the limits.

But can people pay to “upgrade” or “boost” their credit limit on Fuliza? We checked. 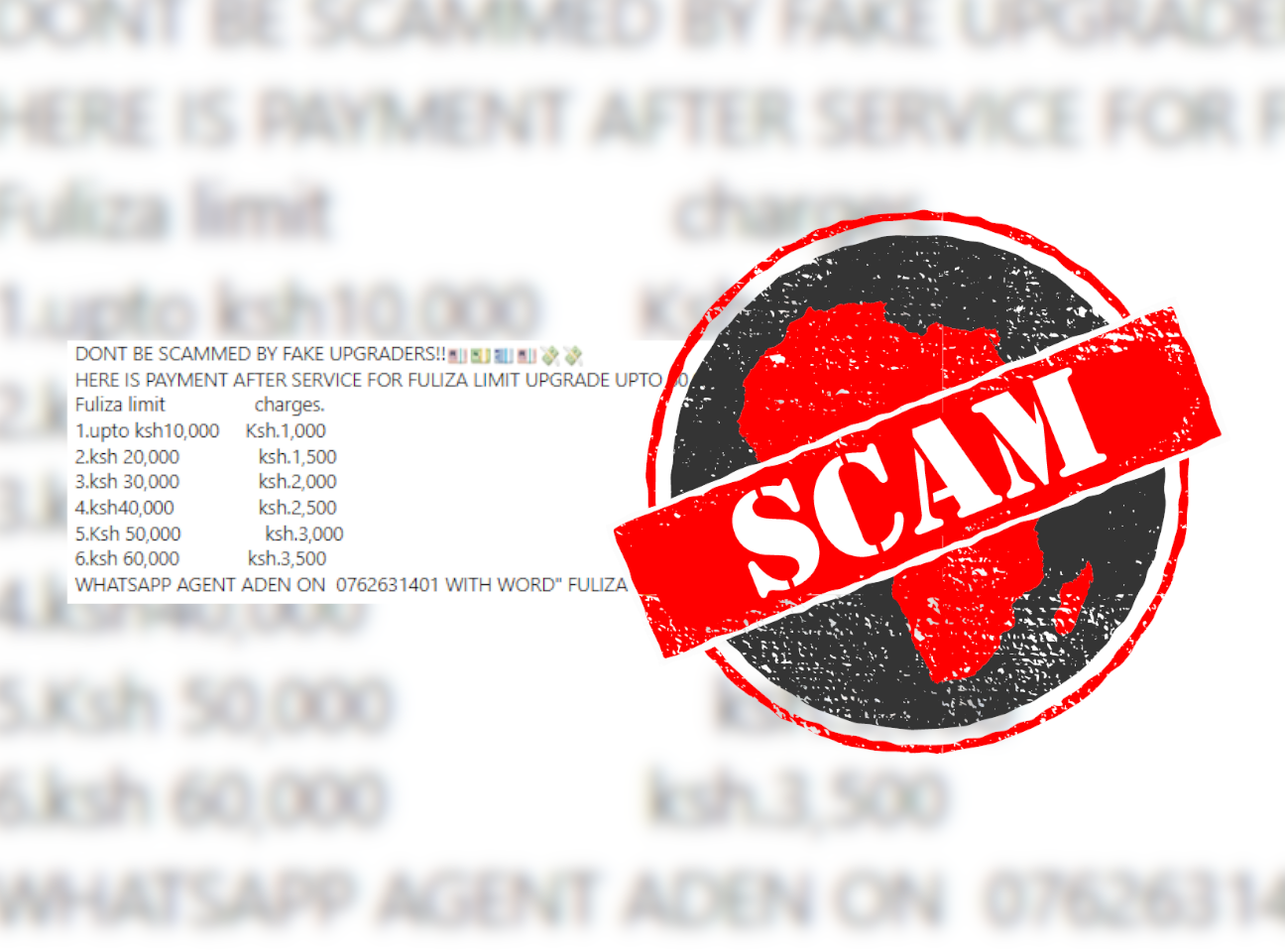 Safaricom has only one official phone number

The phone numbers in the messages do not belong to Safaricom.

According to Safaricom’s frequently asked questions (FAQs) about Fuliza, customers can raise their credit limit by using M-Pesa often and repaying their loans on time.

“No one has the ability to review the limits out there. The posts are fake and fraudulent. We continuously educate our customers to get information directly from us,” the company told us in a direct message on Twitter.