People can only see 1% of the visible light spectrum? No, it’s VISIBLE – we can see all of it

“Humans can only see 1% of visible light spectrum which means we can only see 1% of what is going on around us,” reads a graphic doing the rounds on Facebook in South Africa and elsewhere. “In other words, we are unable to see the vast 99% of the world we live in.”

It adds: “Believe or not but ‘the majority of our existence is unseen’.”

One version was viewed more than 41,000 times in just 24 hours. It includes an illustration of a shadowy figure with glowing eyes looming over a person in a foggy night sky.

The graphic can also be seen here, here and here.

Visible light exists on a larger spectrum, an electromagnetic spectrum that ranges according to its wavelength. Visible light is indeed just a tiny part of this spectrum.

Let’s break down the facts. 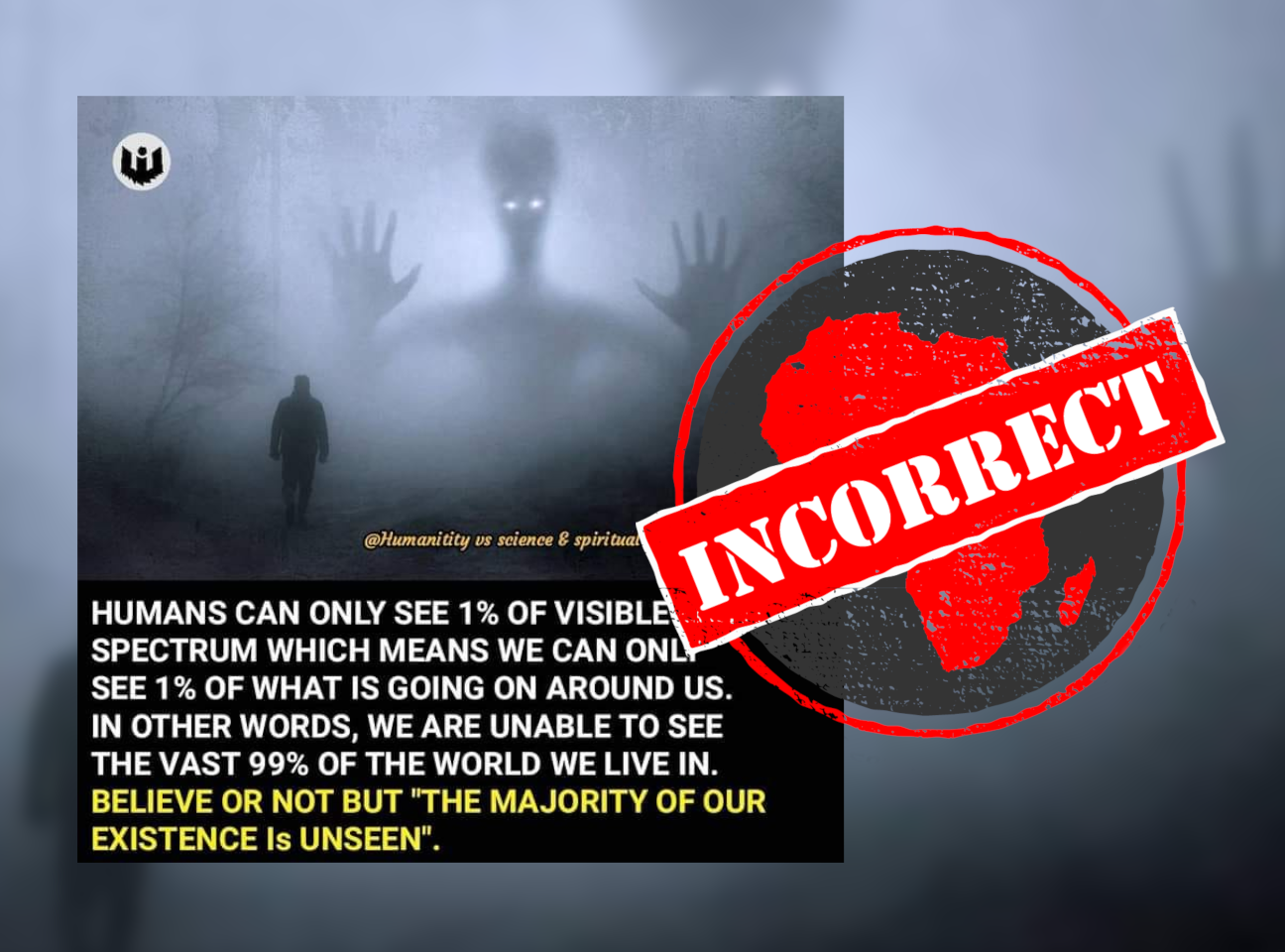 What is the electromagnetic spectrum?

A graphic created by Britannica shows some areas of the electromagnetic spectrum: 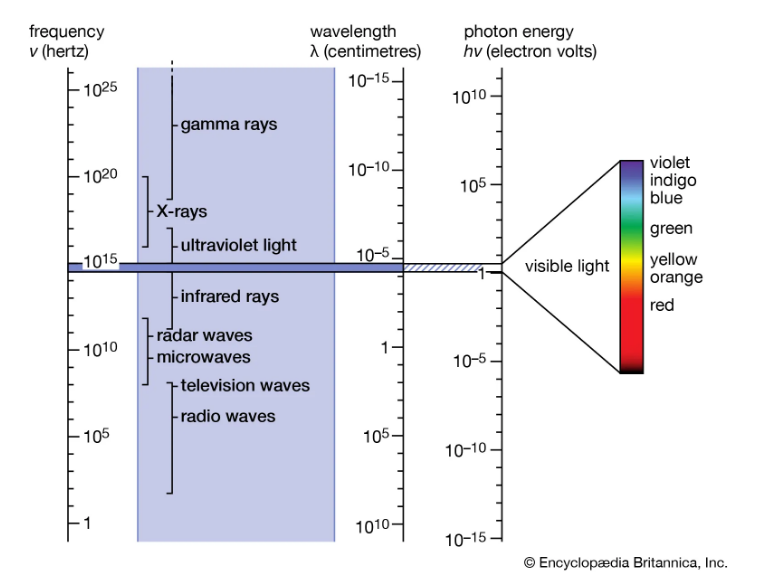 The graphic shows that the radiation on the electromagnetic spectrum is measured from the longest wavelength to the shortest, which includes:

Because the electromagnetic spectrum describes all these types of light, most of the light in the universe is actually invisible to us. But the visible spectrum is not.

What is visible light?

Electromagnetic radiation also carries particles or quantum units known as photons. It is both a wave and a particle.

The visible light we see are these particles bouncing off the objects around us and into our eyeballs. We perceive this light as colour.

A nanometre is one-billionth of a metre. One millimetre is made up of 10 million nanometres.

The rainbow of colours on the visible spectrum blend into each other, but in English we name the colours between red and violet as orange, green, yellow, blue, indigo and violet.

Other animals can see more than visible light. Bees, for example, use ultraviolet light to detect patterns on flowers. Some snakes use infrared light to detect the body heat of their prey.

David Attenborough’s Life in Colour TV show reveals, through innovative technology, the different colours on the electromagnetic spectrum that other species can see, but we can’t.

The graphic is incorrect. The visible light spectrum gets its name from the fact that people can see all of it, not just 1%. And it makes up only 0.0035% of the total electromagnetic spectrum – again, not 1%.