Its caption simply reads: “Zim/SA border” – the border between Zimbabwe and South Africa. It has been viewed more than 22,000 times.

South Africa’s borders are under “severe pressure” during the Covid-19 crisis, as thousands of people reportedly try to cross into the country. Twenty land borders have been closed under new level 3 lockdown restrictions.

The Limpopo river runs along South Africa’s border with Zimbabwe. But what does the photo show? 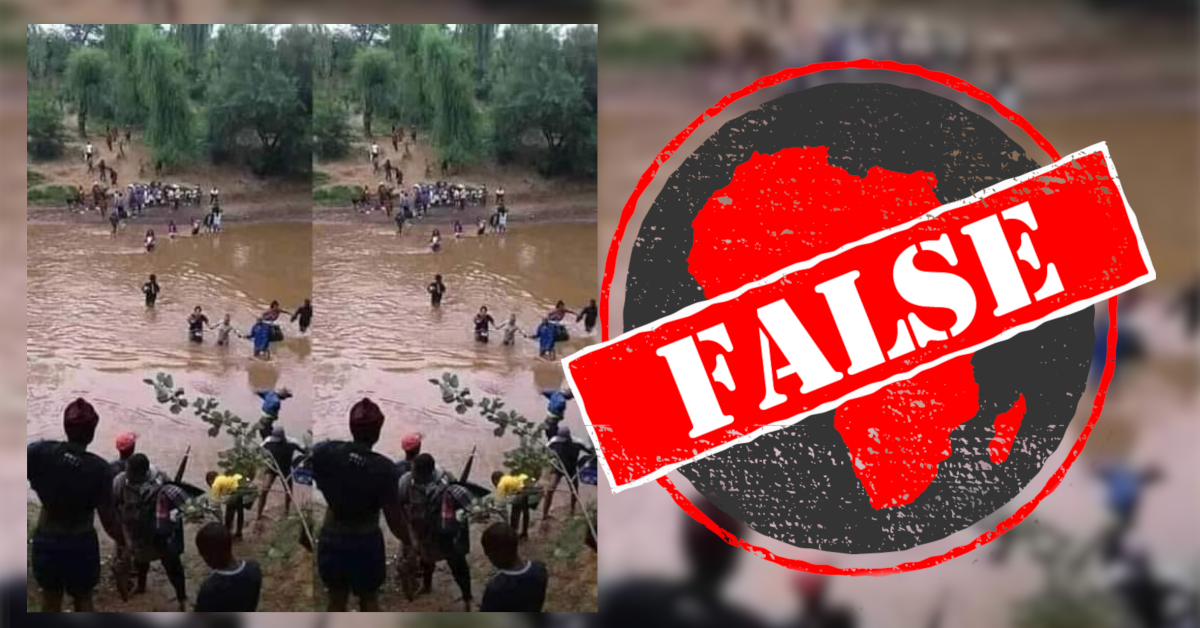 Africa Check could find no evidence that the photo was taken at the border between South Africa and Zimbabwe. Instead, a reverse image search returned results suggesting it was taken in Lesotho.

It appears to have been first shared on Facebook in July 2020 by the page “Ficksburg between Lesotho”.

The earliest version of the photo we could find was posted on Twitter on 22 December 2019.

The Mohokhare river, also known as the Caledon river, forms the border between South Africa and Lesotho. The town of Ficksburg, which lies on the river, has a border post into Lesotho.

Africa Check could not verify exactly where and when the photo was taken. But all available evidence points to it being near the Ficksburg border post – not on the border between South Africa and Zimbabwe.

And it was taken more than a year ago, before the Covid-19 outbreak.