Photo of cop arrested for bribery in 2019, not for detonating teargas at Kenyan deputy president’s rally in 2021

But a crowd of young people disrupted the rally, and the police used tear gas. Kisumu has historically voted strongly for Ruto’s main political rival, Raila Odinga. That afternoon, a photo of a police officer in handcuffs, sitting in a car, started circulating on Facebook.

“Thank you kondele defense force (KDF) for arresting Sergeant Robert Kimeto who is attached to Londiani Police Station for unnecessarily detonating a teargas canister at a UDA rally in Kondele Darfur,” its caption reads. “Now the question is Why was kimeto in kisumu, Is he working For the sympathy Addict?”.

But does the photo really show a police officer named Robert Kimeto, arrested at the November 2021 Kondele rally for “detonating a teargas canister”? 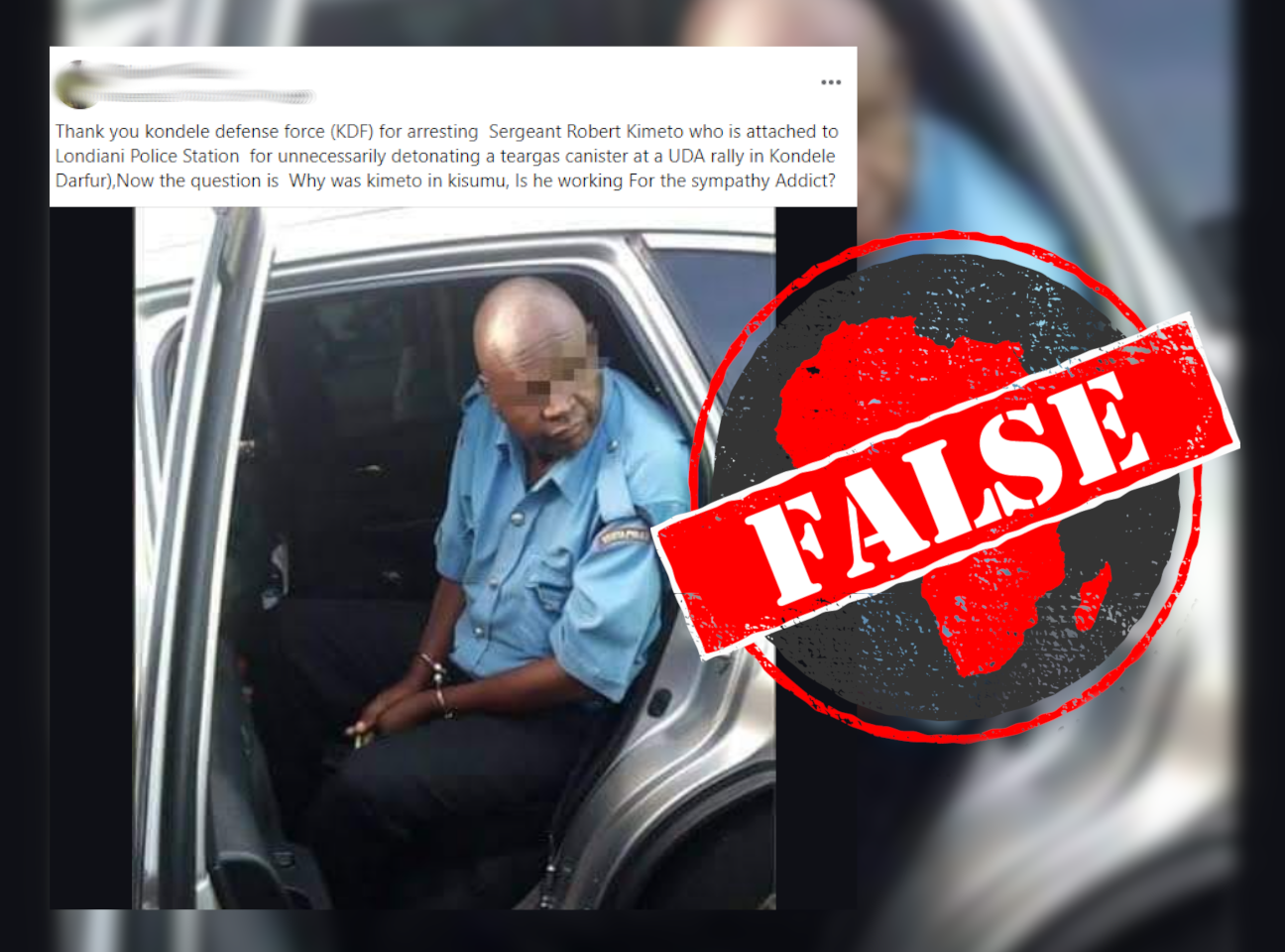 A reverse image search reveals that the photo was first posted on several Twitter accounts on 20 November 2019. It shows one of five police officers arrested by the Ethics and Anti-Corruption Commission for taking bribes in Kisumu. The name “Robert Kimeto” does not appear on NTV Kenya’s list of the arrested officers.

The officer in the photo can be clearly seen on the far right in other photos and in screenshots of footage of the arrests.

He was arrested for taking bribes two years ago, not for detonating a teargas canister at a Ruto rally in November 2021.