As heavy rains pounded the Kenyan capital Nairobi in November 2021, a photo was shared on Facebook with the claim it showed a flooded section of a road in the city.

One 30 November post was captioned “Nairobi this morning”. But while heavy rains were experienced in other parts of the country, no such scenes were seen in the capital in November 2021. 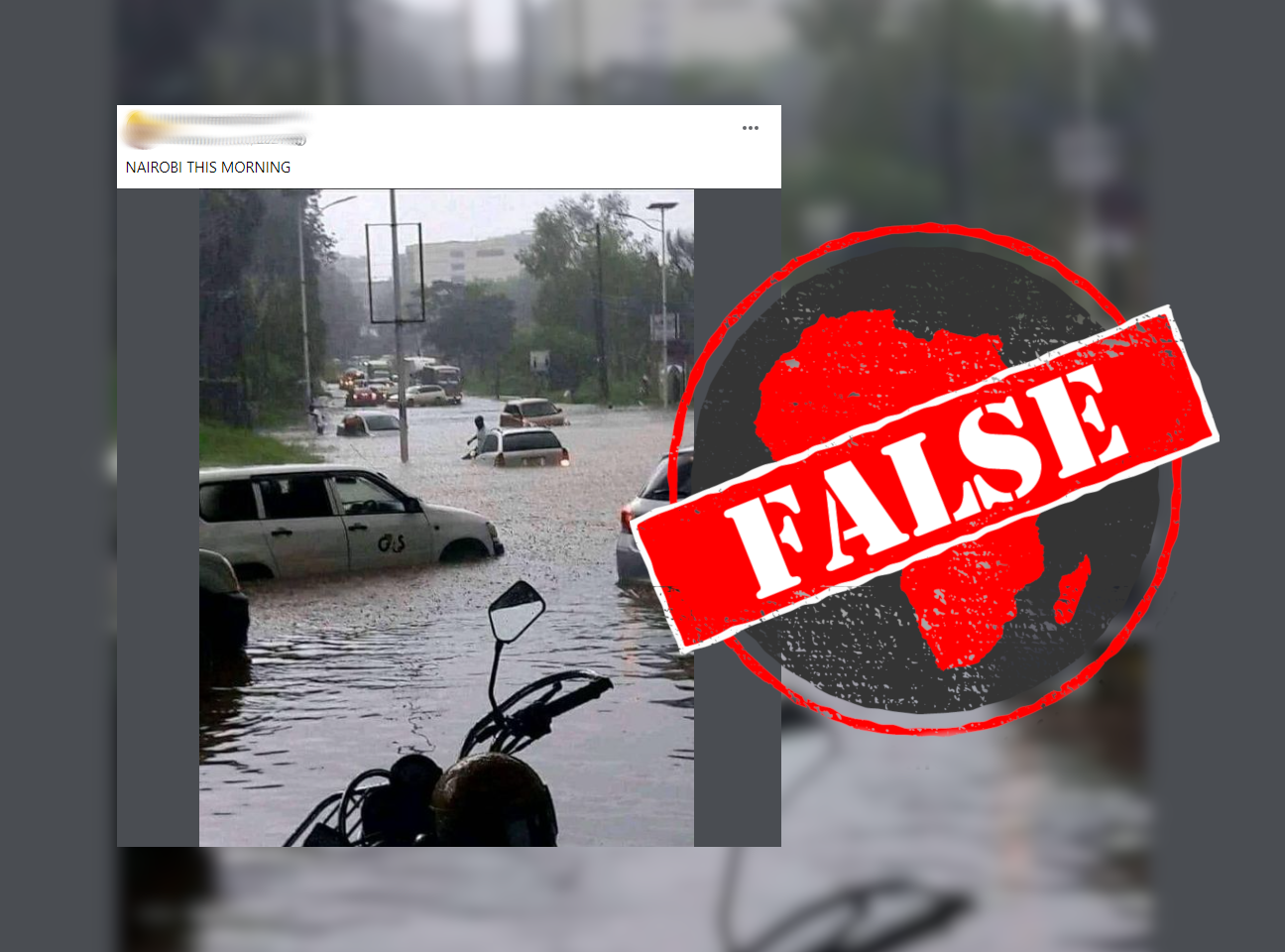 Photo of Nairobi floods in 2016

A reverse image search revealed the photo does show a flooded street in Nairobi but it was published online as early as 28 April 2016.

It was shared on Twitter by Ma3Route, a mobile, web and text message platform that crowdsources information about transport and traffic in Nairobi.

It was also published in a 28 April 2016 article about floods in the city.

The photo shows flooded roads in Nairobi, but from more than five years earlier than claimed on social media in November 2021.

No, Kenya billionaire Wanjigi not running for Nairobi governorship as UDA candidate