Photo of flooded road taken in Kenya’s Homa Bay county in 2019, not Kisumu county in 2021

A photo of vehicles on a flooded road was posted on Facebook on 13 May 2021 with the claim that shows flooding in the Nyando constituency of Kisumu county, western Kenya.

In the photo, two vehicles are partly submerged in water and on the verge of toppling over. They appear to be on a flooded bridge. Behind them is an excavator and a grader, and people standing in front of a partly hidden row of vehicles waiting to cross the flooded area.

“Mp for Nyando spoke a lot of English yesterday when hosted at Citizen tv but look at what his constituents are undergoing,,, Ndindi Nyoro gave facts on the economy and he is the best Mp in development and he can only be compared maybe with Didmus Baraza,,,Ghai some people we elect,,,,and he's there shouting BBI,,,some things just need reasoning,” the photo’s caption reads.

Jared Okello, the member of parliament for Nyando, has been a vocal supporter of the Building Bridges Initiative (BBI), Kenya’s reform agenda to revise the country’s constitution.

The news media have reported that floods in Nyando displaced 1,800 families in May 2021. But does the photo show these floods? We checked. 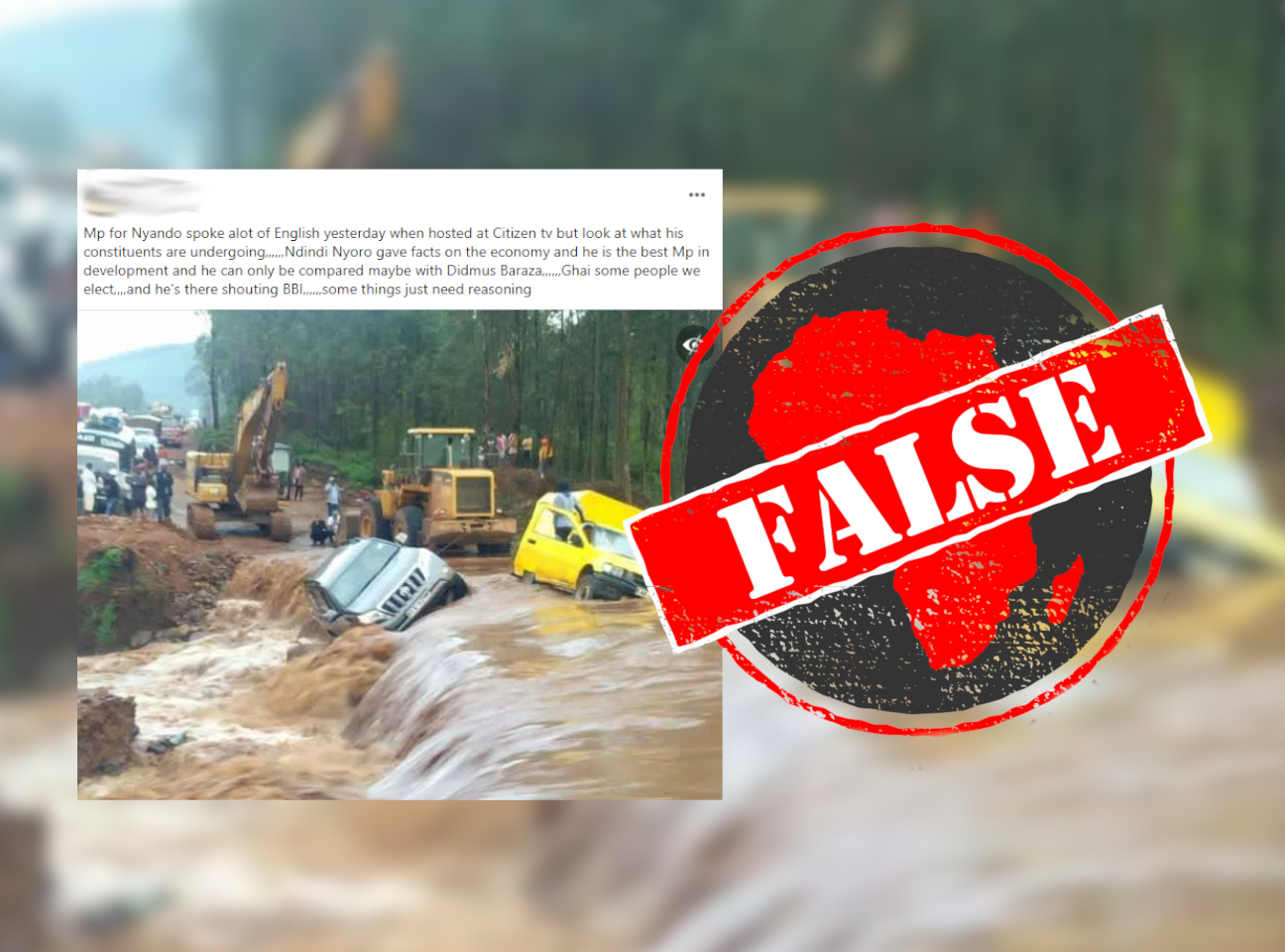 Temporary bridge washed away in 2019 floods

A reverse image search reveals the photo is not related to the 2021 floods.

The photo has been online from at least 27 September 2019 and was not taken in Kisumu county’s Nyando constituency.

The Star newspaper published it in September 2019, with this caption: “On Friday evening, the road remained impassable for more than 10 hours after raging floods swept away the temporary bridge at Kodada market in the area, September 27, 2019.”

AFP Fact-Check spoke to Robert Omollo, the journalist who took the photo. He said it was taken at Kodada bridge in Kabondo Kasipul constituency in Homa Bay county in 2019.