Photo of Fort Gibson Dam in the US, not Lagdo Dam in Cameroon

IN SHORT: Lagdo Dam in Cameroon has been in the news in Nigeria, with many claiming water released from it has contributed to devastating flooding in Nigeria. But one photo circulating on social media is misleading and shows a US dam unrelated to the story.

A photo has been posted on Facebook in Nigeria in October 2022 with the claim it shows Lagdo Dam in Cameroon.

The caption starts: “Here is the Lagdo Dam in Cameroon Causing Annual Flooding in Nigeria.”

Lagdo Dam is a hydroelectric dam built in 1977 and is located in the North region of Cameroon. Cameroon borders Nigeria to the west.

Local news media reported earlier in the year that the National Emergency Management Agency, or Nema, had predicted 32 out of Nigeria’s 36 states, including the Federal Capital Territory, would experience flooding in 2022.

Nema is the agency in Nigeria responsible for managing disasters and related issues.

It has been widely reported in both local and international media that excess water released from the Lagdo Dam contributed to flooding in some parts of Nigeria in 2022, leading to loss of life and damage to properties.

But in October, a news organisation reported that Nigeria’s water minister Suleiman Adamu said Lagdo Dam contributes “only one percent to the flooding in Nigeria, even though sometimes the water is released without notice”.

The same photo and claim about Lagdo Dam were also shared on Facebook here and here. But is this a photo of Lagdo Dam? We checked. 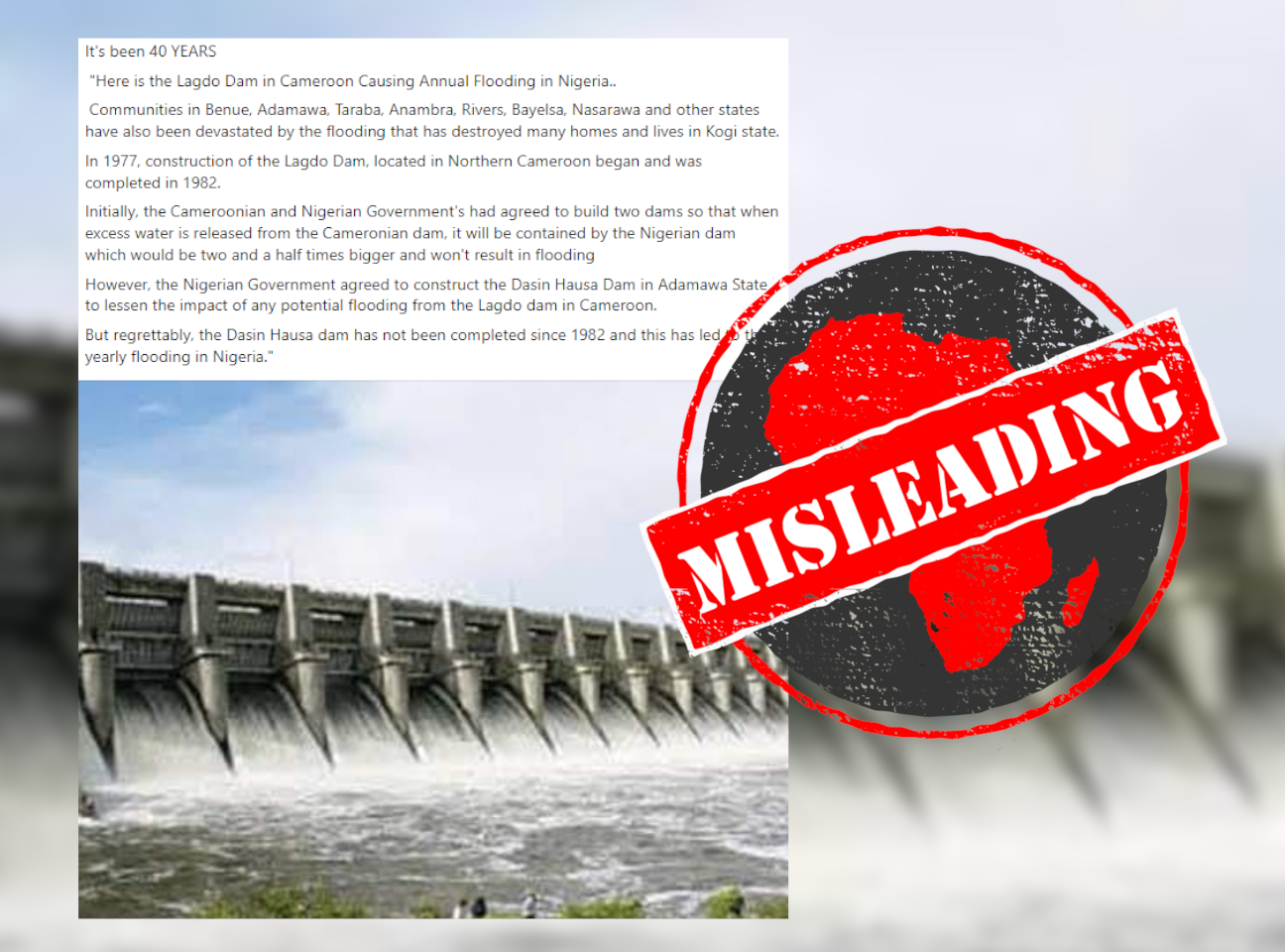 A reverse image search of the photo led us to a post on Wikipedia Commons, which in turn led us to a March 2009 post on Flickr by photographer Dustin Moore.

The photo circulating on Nigerian social media doesn’t show Lagdo Dam and was not taken in Cameroon.