Photo of kids in flooded classroom from Kenya, not Zimbabwe

A photo of children sitting on large bricks while dirty water flows through what seems to be their mud-walled classroom has been circulating on Facebook in September 2021 with the claim that it was snapped in Zimbabwe.

“A school in Binga – Zimbabwe,” the caption reads. The Binga region is in northwestern Zimbabwe, on the banks of Lake Kariba. The claim has sparked outrage among social media users in Zimbabwe.

But does the photo really show a classroom in Zimbabwe? We checked. 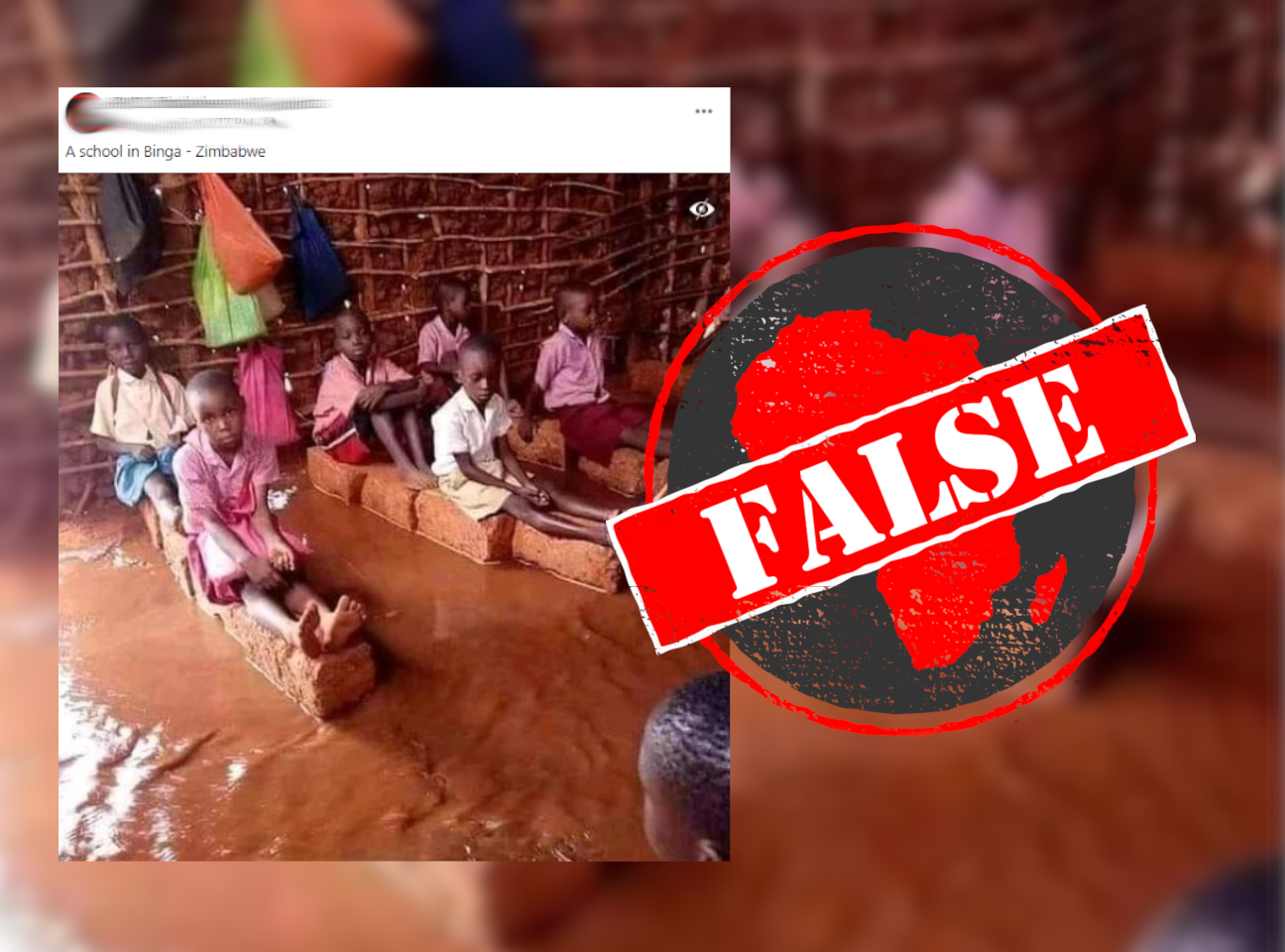 A Tineye reverse image search reveals that the photo was first posted online in May 2019, in articles on the Kenyan news sites Nation and Tuko.

The headline on Tuko reads: “Netizens angered by viral photo of pupils sitting on bricks in flooded classroom.”

The articles reveal that the classroom is at Mangororo Primary School in the Ganze sub-county of Kenya’s Kilifi county. The photo was taken in Kenya, not Zimbabwe.

It’s been the subject of other false claims – that the classroom is in Nigeria’s Bayelsa or Kogi states – that Africa Check has debunked.