The Basketball Africa League, which is supported by the US-based National Basketball Association, was launched to great fanfare in Kigali, Rwanda’s capital, on 16 May 2021.

The new league features 12 club teams from across Africa and marks the first time the NBA has been involved in operating a league outside North America, according to the league’s website.

News of the launch spread widely on social media, with users claiming various sports celebrities had been sighted at the event.

This translates as: “Basketball player Michael Jordan is in Kigali where he participated in the #theBAL tournament which will start tomorrow.”

The post includes a photo of Jordan with his arm around another man, with what appears to be the Kigali Convention Centre in the background.

We checked if the photo actually shows Jordan in Kigali. 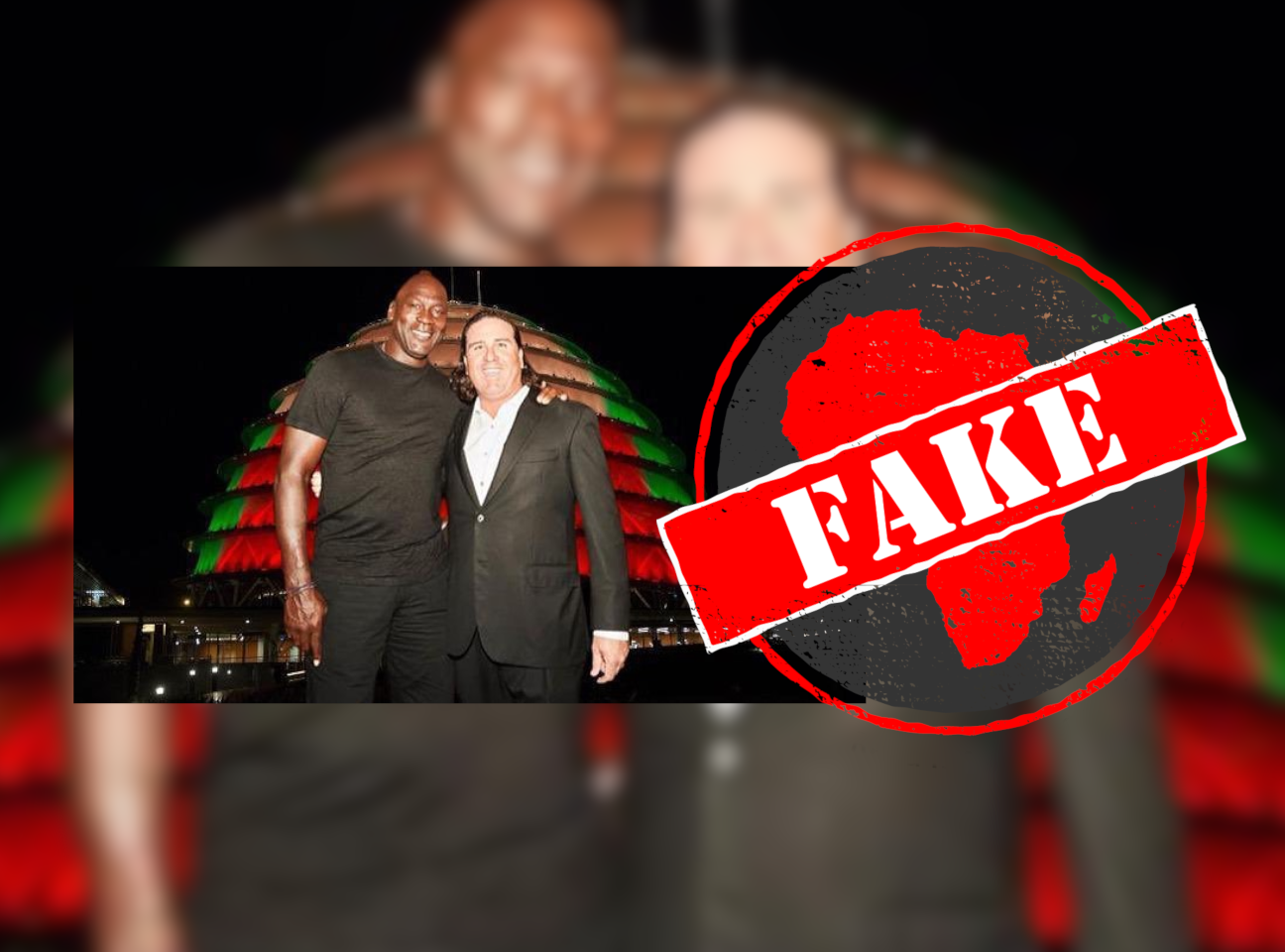 A Yandex reverse image search reveals the photo was not taken in Rwanda.

The original photo was featured in an article published in the Bangkok Post, a Thai newspaper, on 29 January 2021. It was written by Pat Perez, the man standing next to Jordan. Perez is a professional golfer.

We searched Google for the sentence “I brought them home, cleaned them up and officially had my first pair of Jordans,” which appears in the article.

This search led us to where the article was first published, on the PGA Tour’s official website on 19 January, before being republished on other websites.

Perez supplied the photo of himself and Jordan. It’s unclear where the photo was taken, but the Kigali Convention Centre is not behind the two men. It was photoshopped into the image circulating on social media in Rwanda.

A Google search for the words “Michael Jordan” and “Kigali” on Google revealed that Jordan attended a February 2019 event in the United States, where the NBA announced the creation of a new basketball league in Africa. There are no reports of him travelling to Rwanda.

Africa Check spoke to Athan Tashobya, a Rwanda-based correspondent for the Nation, the largest newspaper in Kenya.

He covers the Basketball Africa League and said the basketball great had not visited Rwanda: “I am in Kigali. MJ [Michael Jordan] was never in Kigali. It was fake news.”