A photo posted on a Kenyan Facebook group with more than a million members shows a broad highway passing through a pretty landscape and under two wide bridges covered in greenery.

“Thika road is beautiful, Uhuru Kenyatta delivers on his promise,” the caption reads. Kenyatta is the country’s president.

Thika Road is a 50-kilometre highway that connects Nairobi, Kenya’s capital, to the industrial town of Thika. But does the photo really show the road? And was it a promise kept by Kenyatta’s administration? We checked. 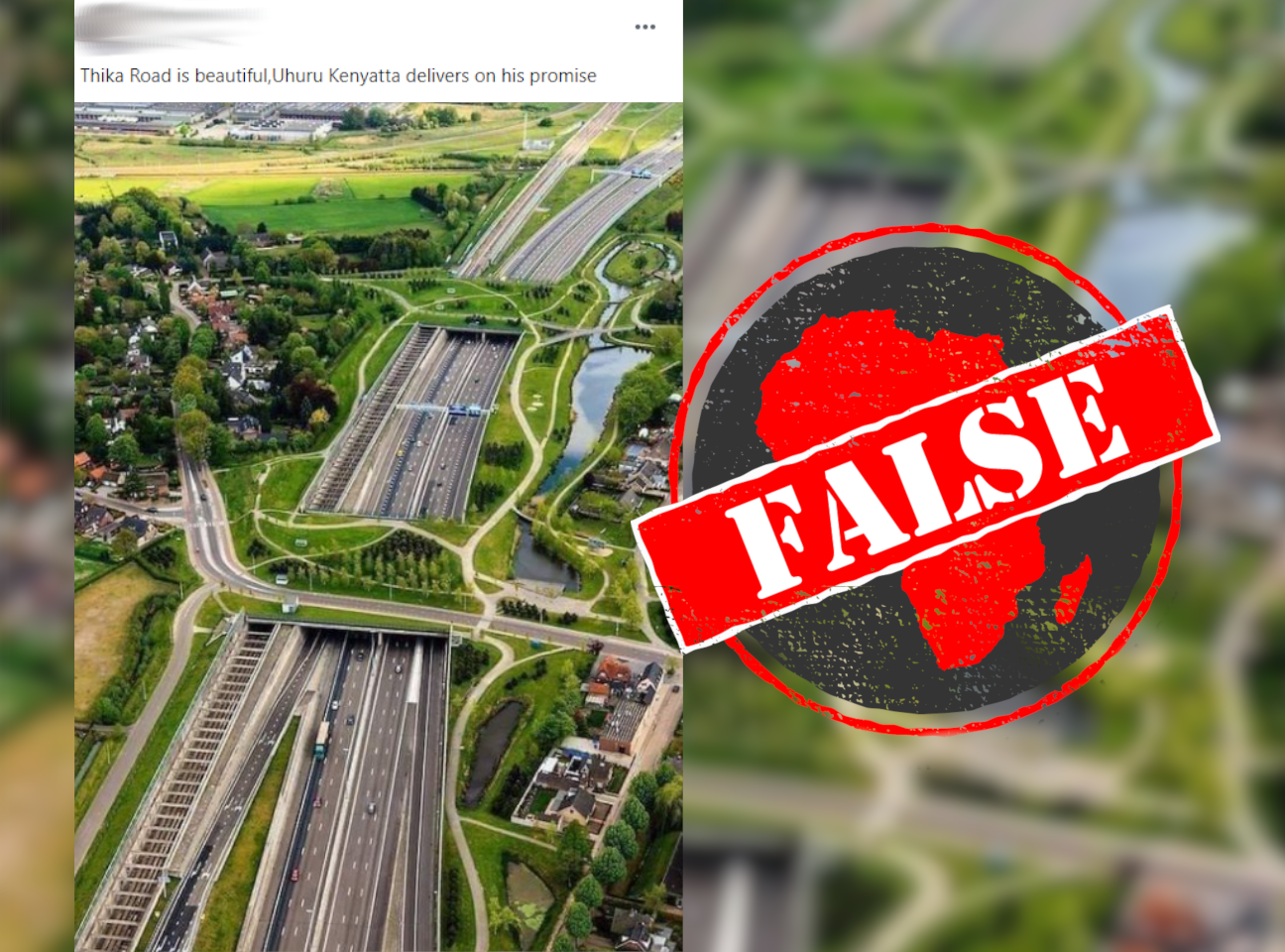 A16 motorway in Breda

A reverse image search reveals that the photo was taken in the Netherlands, not Kenya.

It appears on the Dutch-language website Fotographie Siebe Swart, described as showing the A16 motorway running through the city of Breda in the southern Netherlands. The wide bridges are “so-called city ducts, partly designed as a city park”, according to a machine translation of the caption.

The entire project took place during the administration of Mwai Kibaki, Kenya’s president from 2002 to 2013.  Kenyatta was finance minister from  2009 to 2012.