Photo not of Kenya’s Raila Odinga being ‘chased from Isiolo’ in 2021, but of 2017 Nairobi protests

Opposition leader Raila Odinga was in Isiolo county in central Kenya on 16 October 2021 to woo voters. He has his hat in the ring for president in the country’s August 2022 general election.

A day later, a post emerged on a Facebook page with over 13,000 followers, claiming Odinga had been “chased and stoned”. Shared with the post was a photo of a group of men jumping into the air on a debris-strewn road.

The post reads: “Just in. Raila Odinga has been chased and stoned by Isiolo PASTORALISTS due fake promises instead of giving them the immediate solutions on the draught Problems which they are now facing as the PASTORALIST fraternity at large.  Kindly Kenyans Tufanye siasa kwa AMANI.!! Tuwache kurushiana mawe!!”

The last two sentences are in Kiswahili and translate to: “Kindly Kenyans, let's practice our politics in peace. Let’s stop throwing stones at one another.”

There were chaotic scenes reported at the rally, put down to local county politics, which forced the county governor to leave. But we could find no reports of Odinga being chased or pelted with stones.

Does the picture illustrate the chaos? We checked. 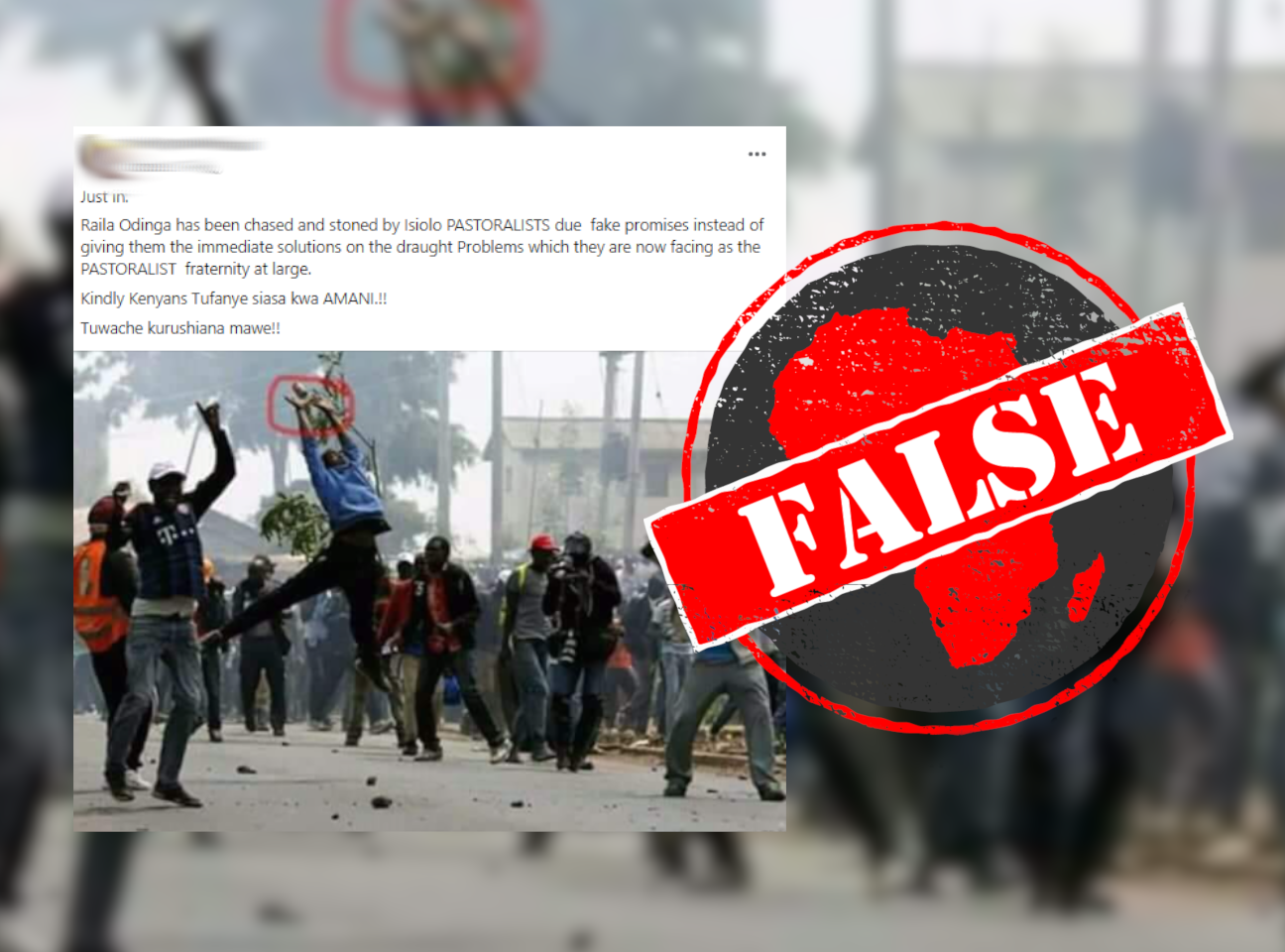 A Google reverse image search of the photo revealed that it was taken on 17 November 2017 by Reuters photographer Thomas Mukoya.

Odinga supporters thronged the streets to welcome him as he returned to Kenya from a 10-day overseas trip, which led to clashes with police. The photo is unrelated to the October 2021 Isiolo rally.