Photo of road in Pakistan, not Ughelli-Asaba road project in Nigeria

IN SHORT: A photo is circulating in Nigeria, with the claim it shows the completed highway between Ughelli and Asaba in Delta state, crediting state governor Ifeanyi Okowa for the project. But this is an attempt to bolster Okowa’s popularity, as he runs for vice president of the country in the 2023 elections. The photo shows a highway in Pakistan, not Nigeria.

A photo was posted in a Facebook group in Nigeria in September 2022 with the claim it shows the completed Ughelli-Asaba highway in Delta state, southern Nigeria.

The caption read: “Thank you Governor Ifeanyi A. Okowa for your swift intervention and completion of the Ughelli-Asaba express road in less than 8 years in office.”

Asaba is the capital city of Delta state, while Ughelli is a town some 170 kilometres to the southwest.

Ifeanyi Okowa is the state governor and the vice-presidential candidate for the Peoples Democratic Party in Nigeria’s 2023 elections. The Facebook post links to his official Facebook page.

The Ughelli-Asaba dual carriage road project was started by the previous state government under then-governor Emmanuel Uduaghan in 2007. But the road’s completion was only approved in 2019 under Okowa.

The same photo and claim was also shared on Facebook here, here and here.

Does the photo posted on social media show the completed Ughelli-Asaba road? We checked. 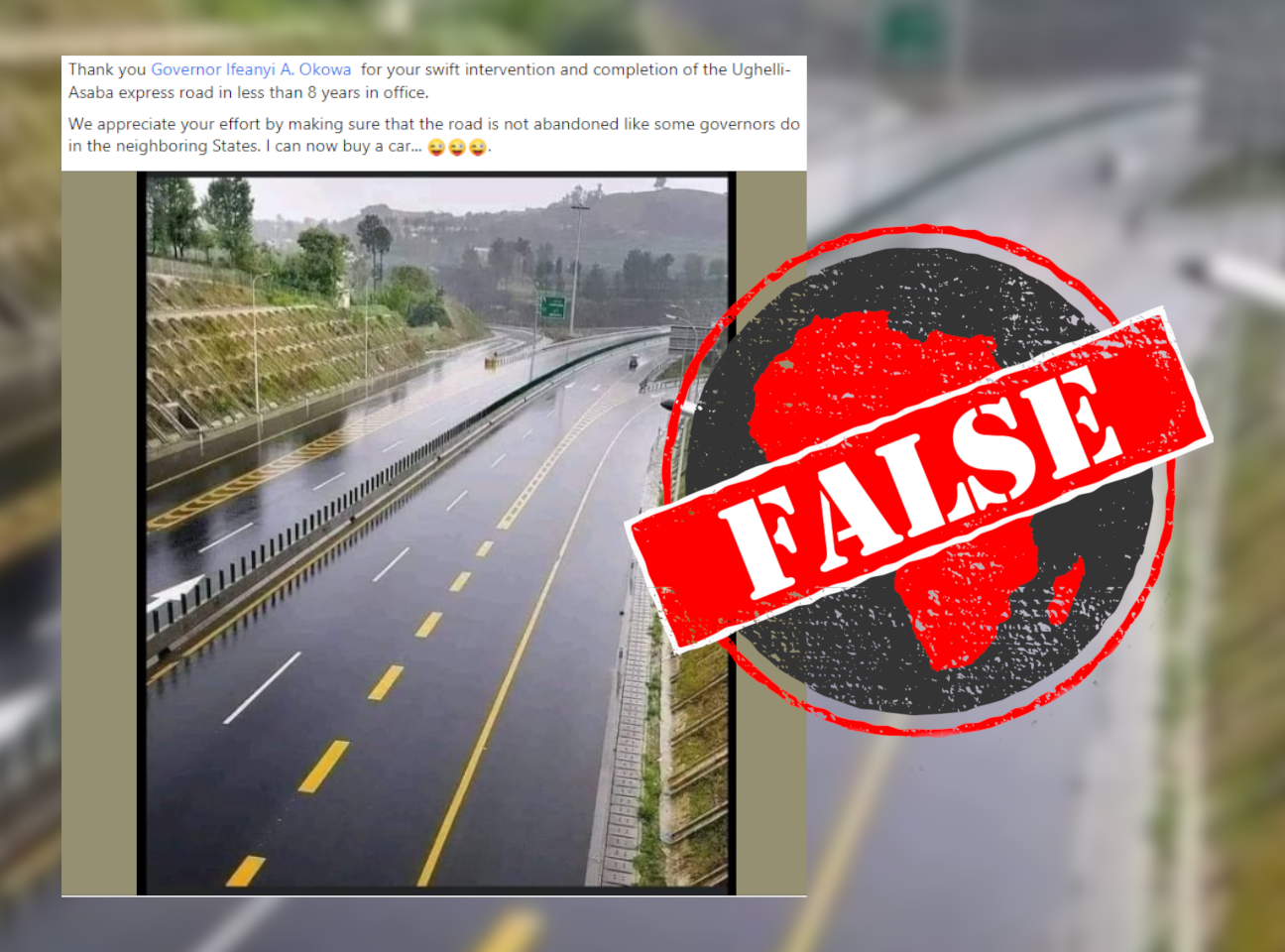 Photo of Hazara motorway in Pakistan

A Google reverse image search of the photo led us to a September 2020 collection on Pinterest by a Pakistan travel blog. Here the road is identified as the Hazara motorway in the South Asian country Pakistan.

Googling “hazara motorway rain” led us to photos of the same stretch of road, also identified as the Hazara motorway. Construction of this 180-kilometre long highway was started in 2014 and the final stretch of the road was inaugurated in mid-2020.

In February 2022 Nigerian news reported on a protest by commuters over the neglect of the Ughelli-Asaba road. But we found no more recent reports on the road project, and none saying the project had been completed.

The photo circulating on Nigerian social media doesn’t show the Ughelli-Asaba road and was not taken in Nigeria. The highway between Ughelli and Asaba in Delta state has not been completed.