Photo of schoolkids sitting on bricks in flooded class from Kenya, not Nigeria’s Kogi state

A photo of children sitting on bricks in a flooded mud-walled classroom has become the subject of political debate among Nigerians on Facebook.

A post on the social network claims the photo was taken at a school in the Dekina local government area of north-central Nigeria’s Kogi state.

“This is not acting,” the post reads. “This is a real-life situation in Dekina LGA of Kogi State Nigeria. Do these innocent children deserve this?” It’s dated 1 September 2021.

The post has led to scrutiny of how well Kogi state government and Dekina local authorities are doing their jobs.

But does the photo really show pupils in a school in Dekina? 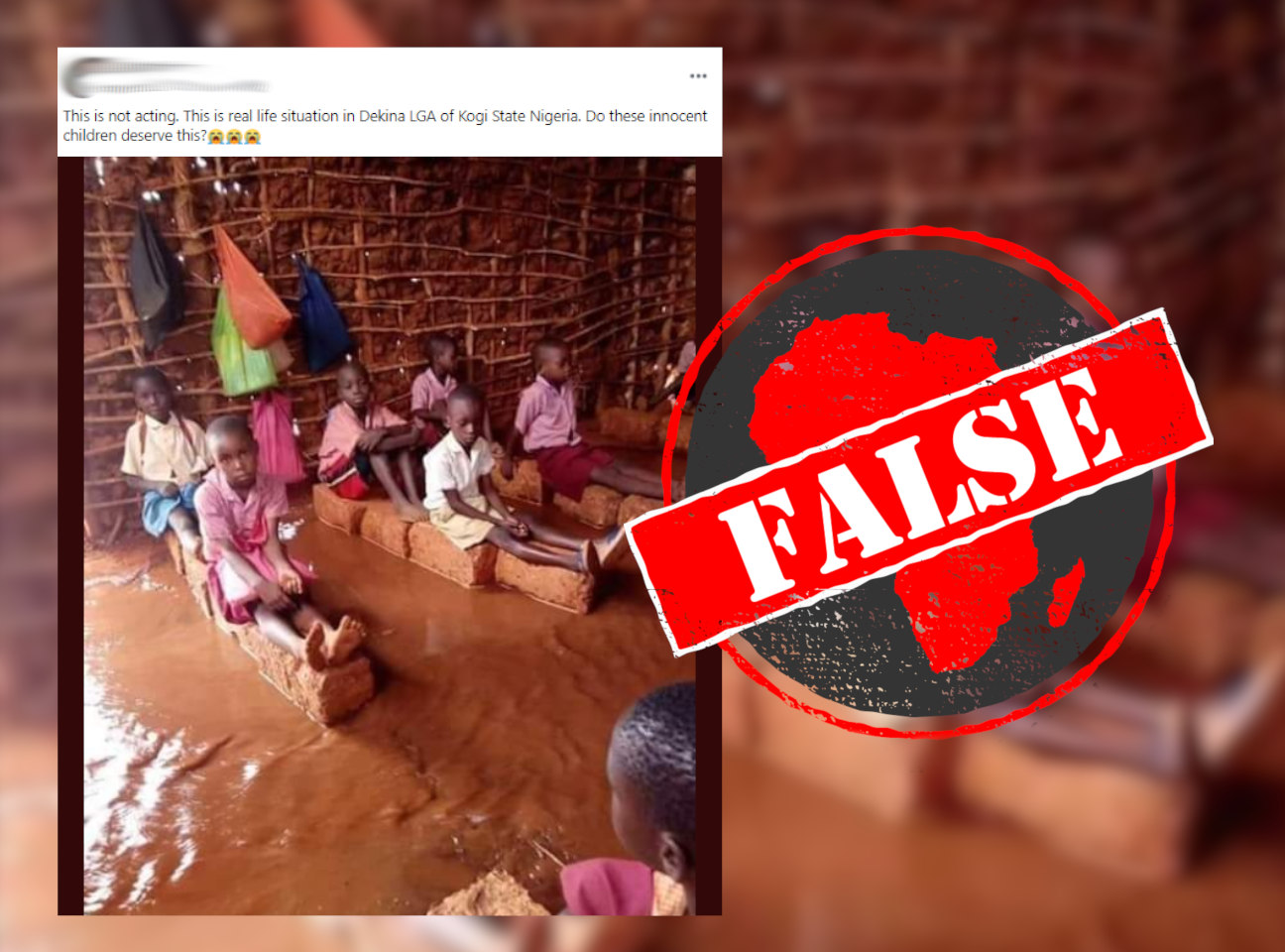 A reverse image search yields several results, including an article on the Kenyan news site Tuko.

“Kilifi: Netizens angered by viral photo of pupils sitting on bricks in flooded classroom,” the headline of the 9 May 2019 article reads.

Other reports in Kenyan media confirm that the photo was taken in the country’s Kilifi county. It shows pupils of Mangororo Primary School, in the Ganze constituency.

Africa Check debunked a similar claim about the photo in 2019. Then, it was said to be a photo of a school in southern Nigeria’s Bayelsa state.