A photo shared on Twitter by Dudu Zuma-Sambudla, daughter of former South African president Jacob Zuma, appears to show people blocking a freeway. They are lying on the ground, some in yellow shirts and camouflage army fatigues.

Africa Check previously fact-checked a video shared by Zuma-Sambudla after South Africa’s constitutional court sentenced her father to 15 months in prison for contempt of court.

The video, which showed people shooting into the air, was taken in Venezuela in South America in 2019. It did not show events at Nkandla, Zuma’s residence in KwaZulu-Natal province, in June 2021.

Protests, looting and violence have been reported across Durban, a city in the eThekwini metropolitan municipality in KwaZulu-Natal. Some of the protesters appear to be demanding Zuma be released from jail.

The photo has also been posted on Facebook, with the same claim that it shows these protests.

But does the photo shared by Zuma-Sambudla show recent events? We checked. 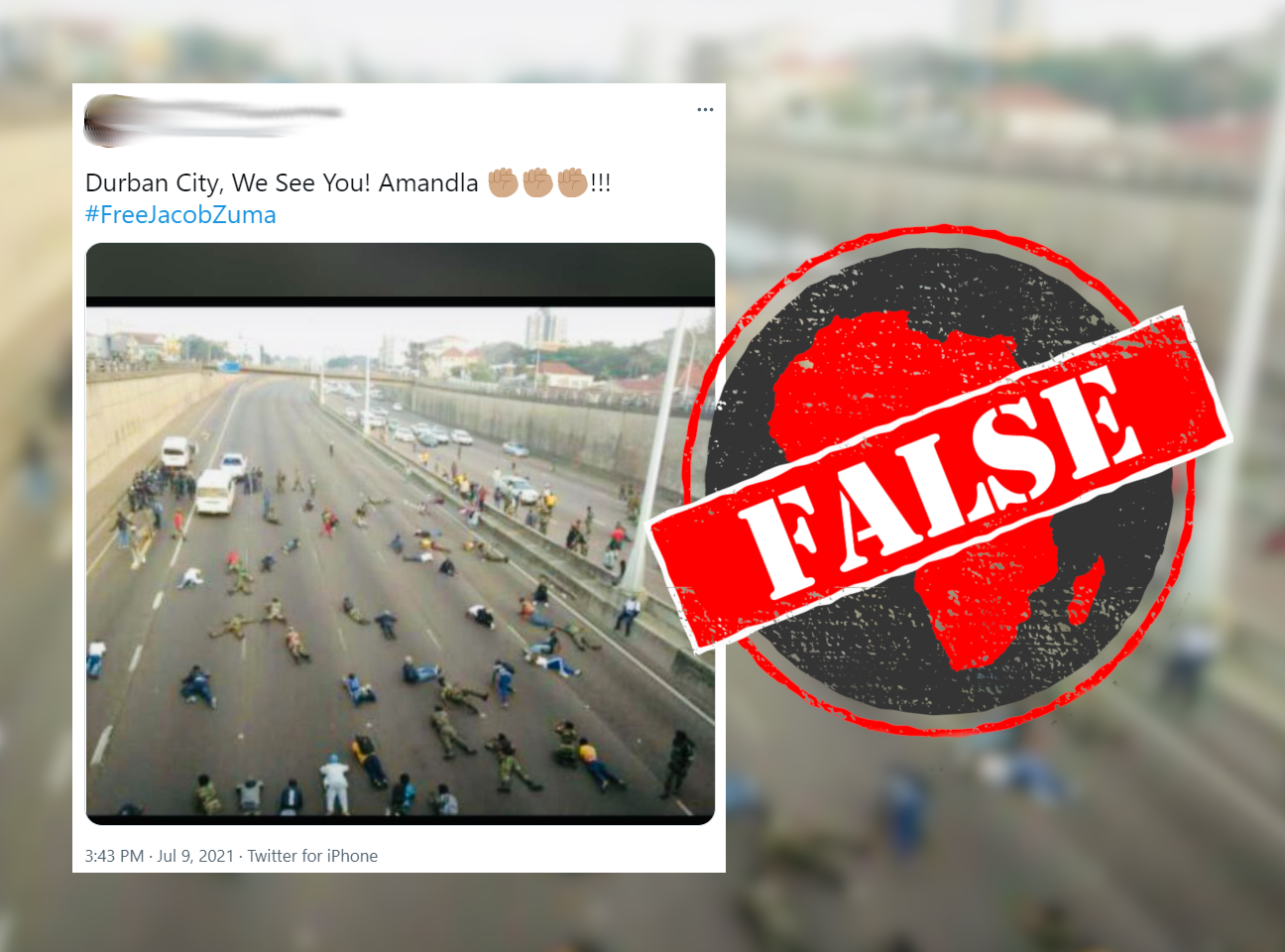 Video from unrelated protest in 2020

A Google reverse image search revealed that the image is from 2020. It was published in an Independent Online news story about a protest against corruption organised by the Congress of South African Trade Unions, a trade union federation.

Using Twitter’s advanced search function we were able to search for tweets posted during September 2020 including the words “N3” and “Durban”.

This led us to a video filmed on 25 September. The same section of the freeway, people in army fatigues and yellow shirts can be seen.

The photo posted by Zuma-Sambudla was shot in Durban but it is from 2020. It shows events unrelated to protests in July 2021.