“This is not a glass or crystal one but a real tortoise living in the Atlantic Ocean n caught near Panama,” reads a screenshot circulating on Facebook in South Africa.

“It was later released back to the ocean. How great is Gods creation.”

It includes a photo of a small, blue and definitely glasslike animal in the palm of a hand. But does the photo show a real tortoise? We investigated. 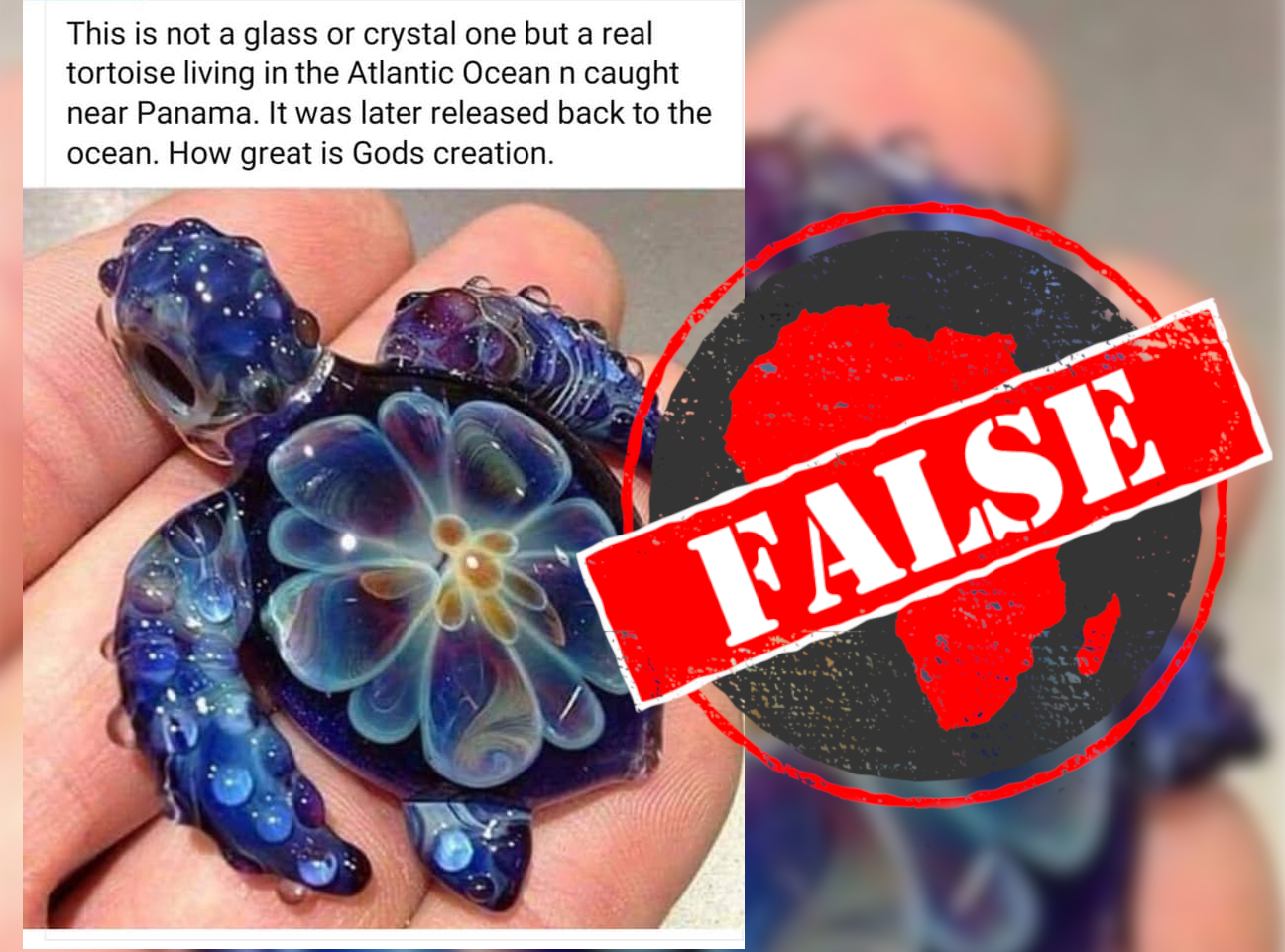 The animal actually resembles a turtle – not a tortoise.

Interestingly, all tortoises are in fact turtles, according to Britannica, meaning that they all have bodies encased in a bony shell. But not all turtles are tortoises.

National Geographic says key features help us tell the difference between a tortoise and a turtle.

“Turtles can be aquatic, semi-aquatic, or mostly terrestrial”, while tortoises live on land and “aren't equipped for water”.

“One easy way to tell a tortoise from a turtle is to look at its feet, which are designed for trucking around on land.” Turtles have more flipper-like feet.

Turtle is a glass pendant

A reverse image search of the photo led to the Instagram account of glass artist Paul Katherman.

The artist has posted dozens of photos of glass turtle pendants just like the one in the screenshot. The Instagram account links to a website where people can buy the pendants. The website says that each sea turtle pendant weighs only a few ounces.