A black and white photo posted on Facebook shows a group of people standing around and staring intently at a large wooden box. 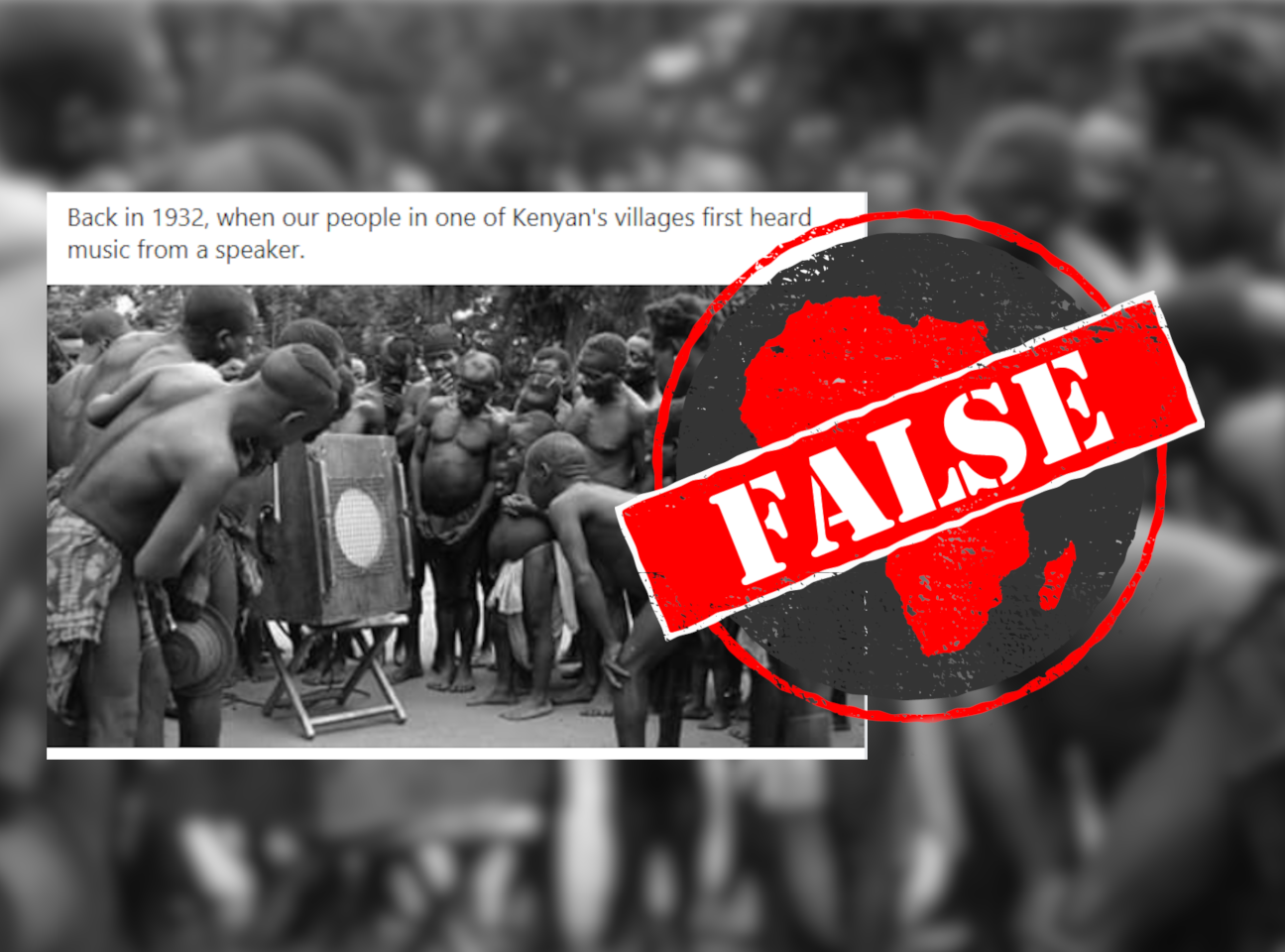 Using a TinEye reverse image search, we found the photo on akg-images, an online picture library describing itself as specialised in fine art, history and vintage photography.

The Unrepresented Nations and Peoples Organization describes the Batwa people – “also known as the Twa or the Pygmies of Central Africa”, as an “indigenous group and the oldest recorded inhabitants of the Great Lakes Region in Central Africa”.

We also found the photo on Africa Media Online, a digital archive of African media from several collections. Here two descriptions of the photo indicate it was taken in 1949 or 1950.

Both websites credit British ethnomusicologist Hugh Tracey, who founded the International Library of African Music in 1954. Based at Rhodes University in South Africa, the library describes itself as “one of the world’s great repositories of African music”.

A 2016 article on the website of The World, a US-based public radio program, gives more detail on the photo and dates it to 1952.

“A group of Mbuti Pygmies listen to playback of their own music in the Democratic Republic of Congo in 1952,” its caption reads. “The recording was made by ethnomusicologist Hugh Tracey.”

We’ve seen no evidence that the photo was taken in 1932, in Kenya. It shows an indigenous group listening to a recording of their own music in the Democratic Republic of the Congo some time around 1950.

In 2019 Africa Check debunked a similar claim that the photo showed “Nigerians listening to music for the first time”.