Text in the graphic claims the photo was “taken secretly by a nurse on shift”.

Africa Check was also alerted to a tweet in which the same graphic was posted with the caption “Really Ramaphosa”.

It isn’t clear what the photo is meant to show or prove. So we investigated. 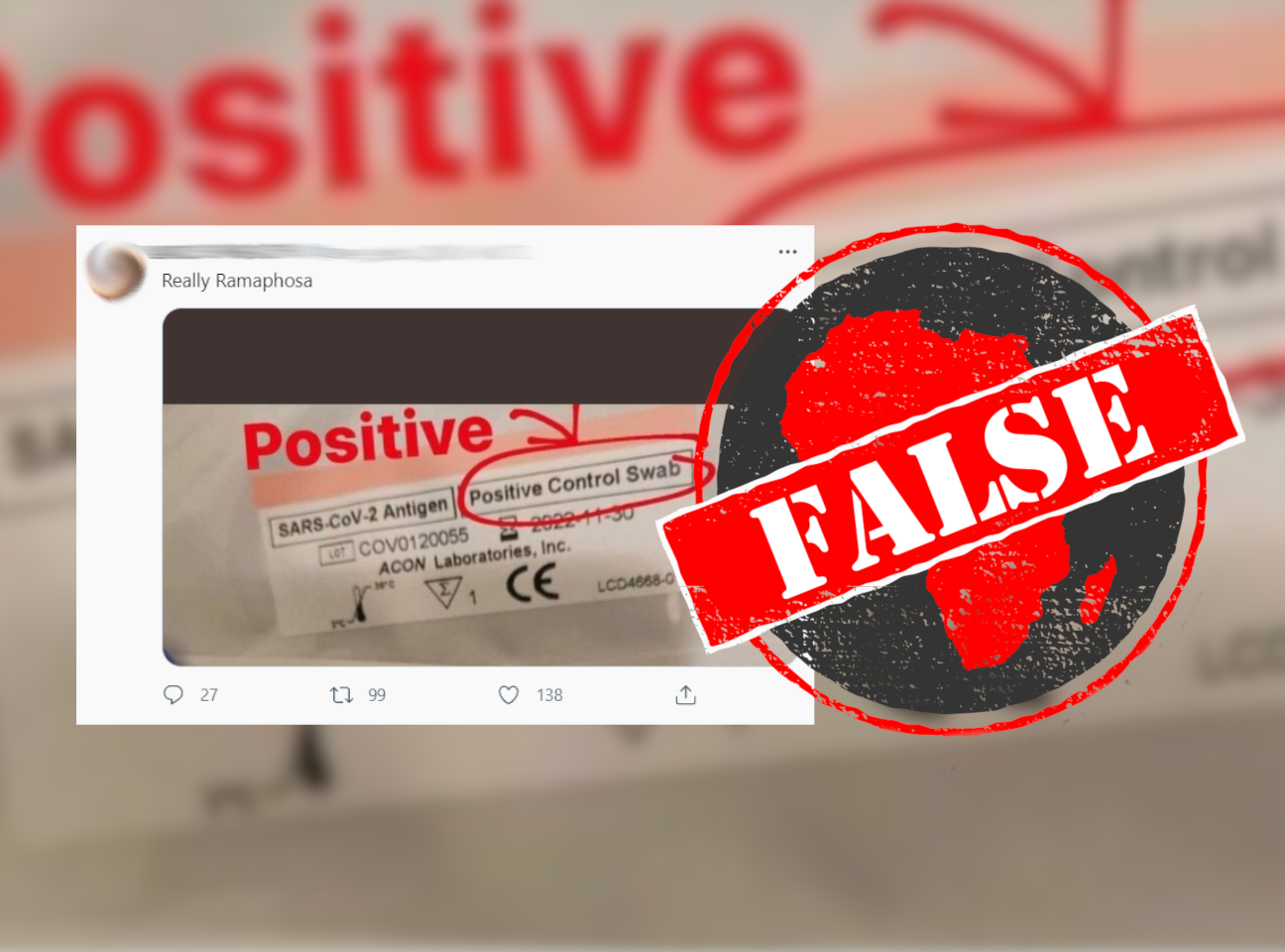 A reverse image search revealed that the same photo had been posted to social media many times in the past. The earliest version of it we were able to find was posted to Twitter by a Canadian in March 2021.

The tweet reads, in French: “Ils choisissent qui sera positif ou négatif.” This roughly translates to: “They choose who will be positive or negative.” Here there is no indication that the photo was taken “secretly” by a nurse.

We could find several versions of the claim that Covid-19 test results were somehow predetermined, all using this photo as evidence. But the claim is false.

AFP Fact-Check wrote in an April 2021 report that “the swabs shown in the image are used to maintain quality control, not for patient testing”.

The testing kits shown in the picture are “Sars-CoV-2 antigen” tests designed by a company called Acon Laboratories. They are designed to provide a rapid test for an immune response to the Sars-CoV-2 virus “within the first seven days of the onset of symptoms”.

This is the virus which causes Covid-19.

As AFP notes, some testing kits, like this one manufactured by Acon, include two “control swabs”. In a scientific experiment, a control is a known baseline to which other results can be compared. In the case of a test such as the one for Sars-CoV-2, control swabs indicate what a negative and positive result should look like.

Importantly, the control swabs included in testing kits are not meant to be used for collecting samples.

The package insert included with Acon’s testing kits says that control tests are typically performed when using a new batch of testing kits or when someone performs a test for the first time. They can also be used “at periodic intervals as dictated by local requirements, and/or by the user’s Quality Control procedures”.

Fact-checking organisation PolitiFact also debunked this claim in April 2021. This photo does not prove anything sinister about Covid-19 tests.