Photo shows pregnant US athlete Alysia Montaño running in race, but not winning

A photo of a pregnant woman running has been shared widely on Facebook in South Africa and Kenya, with one post viewed more than 213,000 times.

The woman is wearing a race bib and a flower in her hair and most posts claim that athlete “Alysia Montana won the 800 metres at the US nationals” while five months pregnant.

Alysia Montaño – not “Montana” – is a six-time USA Track and Field (USATF) champion born in 1986. She represented the US in the 2012 Olympic games. The USATF is the country’s governing body for track and field, also known as athletics, long-distance running and race walking.

But does this photo show Montaño competing and winning the “800 metres” at the US national championship while pregnant? We investigated. 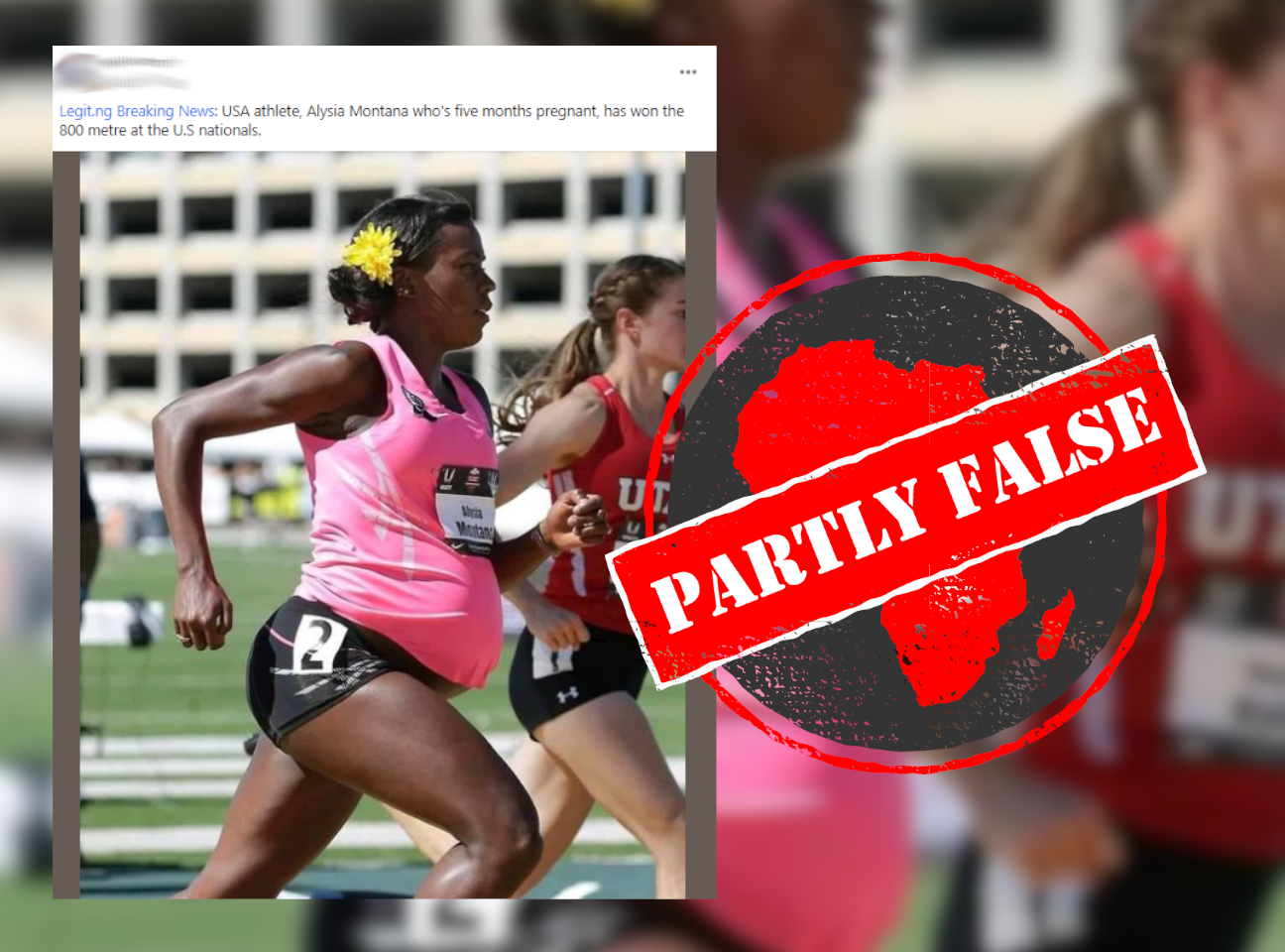 Montaño famous for running pregnant, but didn’t win this 2014 race

A reverse image search of the picture led us to an Associated Press article from 2014.

Montaño ran the 800-metre race in the USATF championships that year while 34 weeks pregnant. This is nearly full term and approximately eight-and-a-half, not four, months pregnant.

But she didn’t win the race – she came last. At the time the 28-year-old had been the US national champion for four years in a row, and was quoted as saying: “I just didn’t want to get lapped and be the first person to get lapped in the 800.”

Montaño became widely known for running while pregnant and for advocating for women pursuing their careers while being mothers. She competed in the USATF championships again in 2017, then five months pregnant with her second child.

Photos of Montaño competing while pregnant in 2017 were also widely published. But the athlete never won the 800 metres US championship while expecting.