Kenya is set to hold its next general election in August 2022. The frontrunners for the presidency are current deputy president William Ruto and former prime minister Raila Odinga. In their campaigns, both have been holding large rallies.

In early November 2021, a photo of a massive crowd was posted on Facebook. Its caption says they were gathered in Addis Ababa, the capital of Kenya’s northern neighbour, Ethiopia, to see Odinga.

Odinga is often respectfully called “Baba”, Kiswahili for “father”. The Kiswahili part of the caption translates as: “Let father be called father.”

But does the photo really show a huge crowd of Ethiopians welcoming Odinga to Addis? 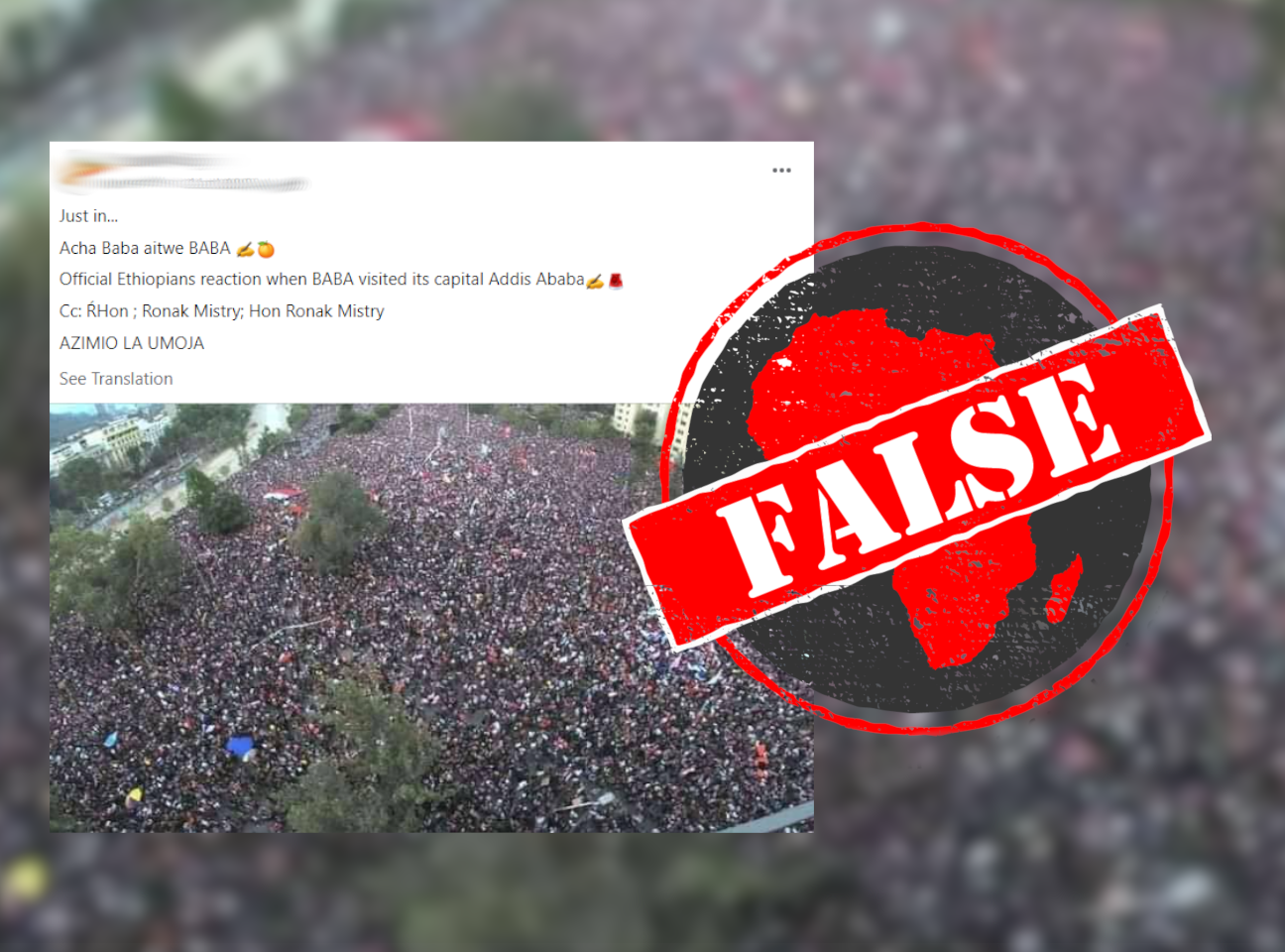 A reverse image search reveals that the photo actually shows an October 2019 protest march in Santiago, the capital of the South American country of Chile. According to media reports, the march against higher public transport fares attracted more than a million people. It was also covered on social media.

The photo is a screengrab from a video of the protest, which was streamed live. According to press coverage, the unrest began over public transport fares and grew into wider discontent with economic hardship and inequality.

The photo does not show a crowd welcoming Odinga in Ethiopia.