Photo shows US prison barge based in New York city, not headed to Guantanamo Bay

“This is 1 of 2 huge US prison barges on their way to Gitmo,” reads the text of a tweet posted as a screenshot on Facebook on 29 March 2022 and circulating in South Africa.

The screenshot shows a photo of a massive boat or barge that appears to be heavily laden with container-like structures.

Gitmo is a nickname for the notorious US detention centre on a US naval base in Guantanamo Bay, Cuba. People suspected of being Islamist militarists and terrorists have been imprisoned at Gitmo since it opened in 2002.

Advocacy groups such as Human Rights Watch and the American Civil Liberties Union have criticised the US for human rights abuses committed at Guantanamo Bay. These include torture, detaining suspects without criminal charges or trial, and detaining children.

Right now, 39 men are indefinitely detained at Guantanamo Bay with no date for their release. Twenty-seven of them have never been charged with any crime.

But does the photo show one of two US prison barges headed for Guantanamo Bay? 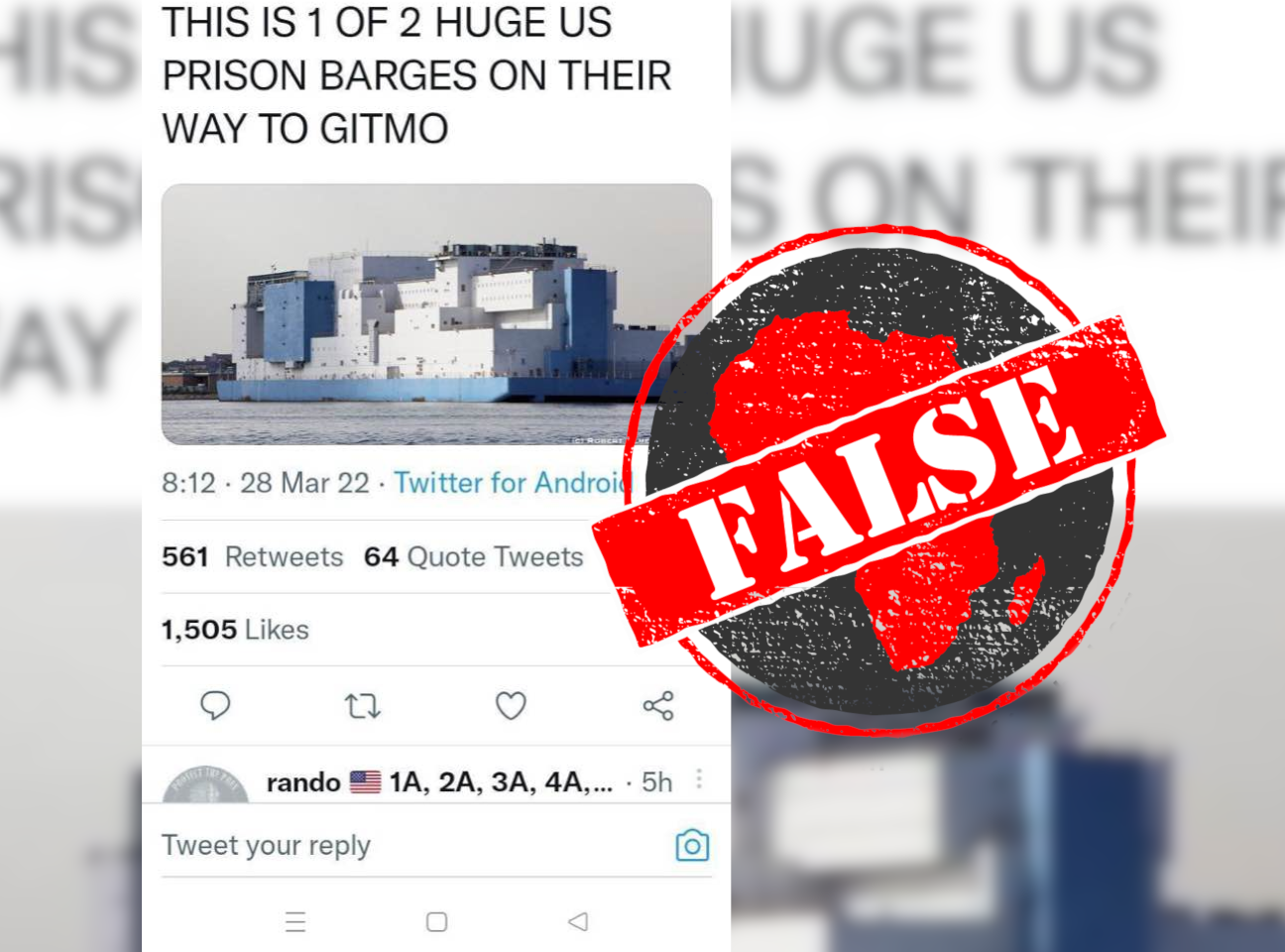 A reverse image search reveals that the barge is a US prison barge. But it isn’t headed for Guantanamo Bay.

The barge is the Vernon C Bain Correctional Center in New York city. The prison barge was built in 1992 as an emergency solution, meant to be temporary, for soaring prison populations due to the crack epidemic and the US government’s “war on drugs”.

The barge can be seen on Google Maps. It lies on New York's East River, with the huge Rikers Island prison complex on the river's other side.

In 2019 it was reported that the prison had 800 inmates. Activists have criticised the conditions in the prison and demanded that the city shut it down.

The photo shows the Vernon C Bain Correctional Center docked in New York city since 1992. It's not one of two "US prison barges on their way to Gitmo".