Photo of starving woman from the 1984 famine in Ethiopia, unrelated to ongoing conflict in Tigray region

A Facebook user shared a photo of an emaciated woman with the claim it showed a dying mother in the Tigray region in northern Ethiopia.

International media have reported that over 350,000 people face catastrophic conditions in Tigray, according to United Nations (UN) agencies. This is because of ongoing conflict and, as a result, a high risk of famine.

One Facebook user captioned the photo: “A dying mother in #Tigrai laid motionlessly as a result of malnutrition. Hunger is used as a weapon to exterminate the people of #Tigray.”

Others also suggested the photo showed the situation in Tigray: “It is so painful and heartbreaking to see a mother dying of hunger in the 21st centry Lord Please hear us and wipe our tears. The world is just watching us while we are dying of a man-made famine.”

But does this photo show a woman dying because of conflict in Tigray in 2021? We checked. 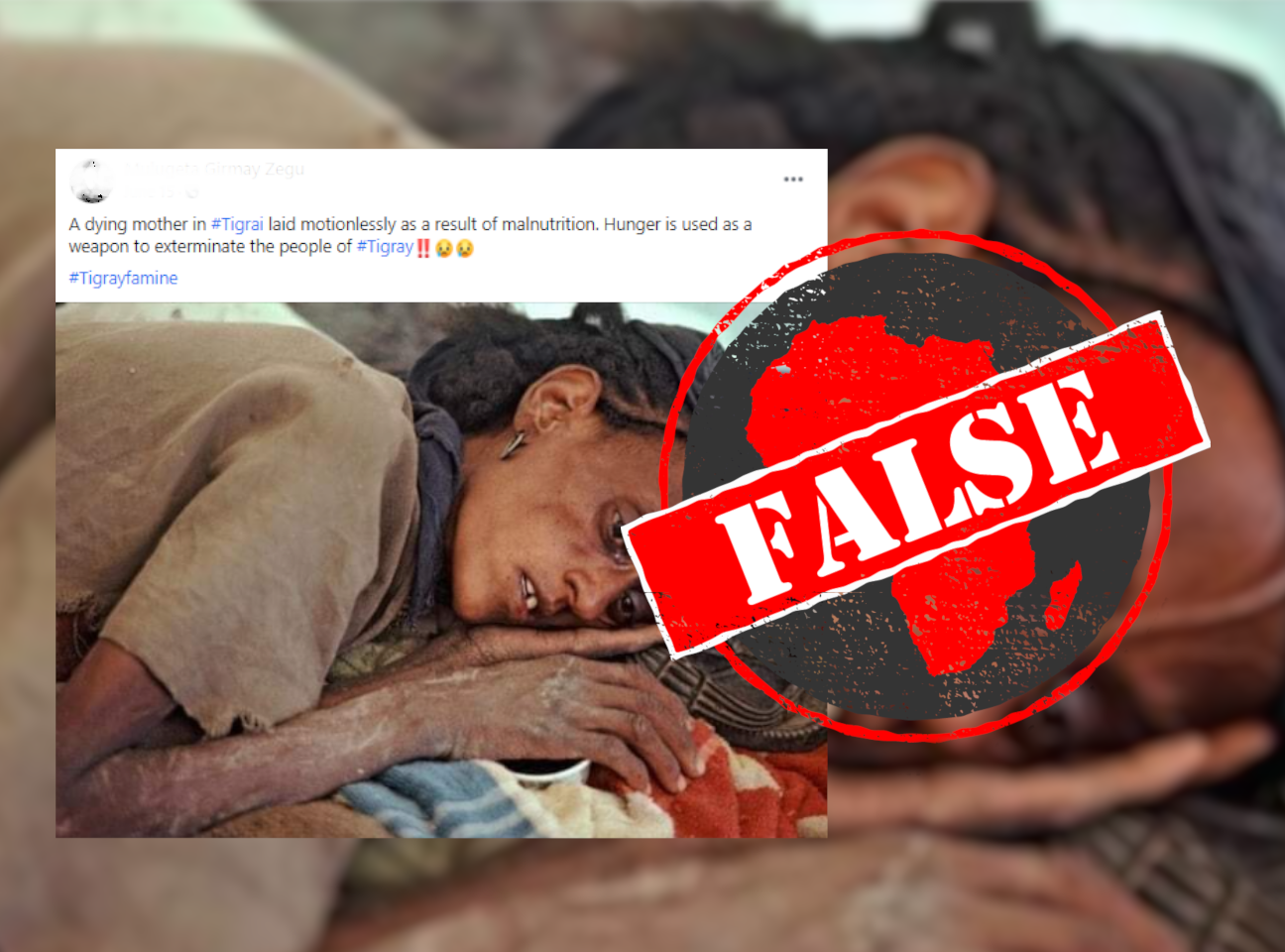 A reverse image search of the photo hinted that the photo was taken in Ethiopia by the UN.

Using the phrase “Drought in Africa” that showed in the search results, we located the original photo.

And it shows a victim of drought, but in 1984, not 2021. According to the caption to the photo, the woman lay unconscious awaiting medical treatment on 11 November 1984. The photo was taken by John Isaac.

Another famine crisis threatens northern Ethiopia in 2021, but this photo is not evidence of it.