A Facebook user shared a photo that he claimed showed Tanzanian president Samia Suluhu Hassan with her co-wives in a family meeting chaired by their husband.

“Tanzania's president Her Excellency Samia Suluhu Hassan with her co-wives at a family meeting chaired by their husband Mzee Hadifh Ameir,” the caption reads.

“Kenyan women should be submissive, kind and humbled to their men,” another captioned the same post, shared separately.

The photo has been shared by different users carrying the same claim with all getting widespread social media attention.

But does the photo show the president with her co-wives at a family meeting chaired by their husband? We checked. 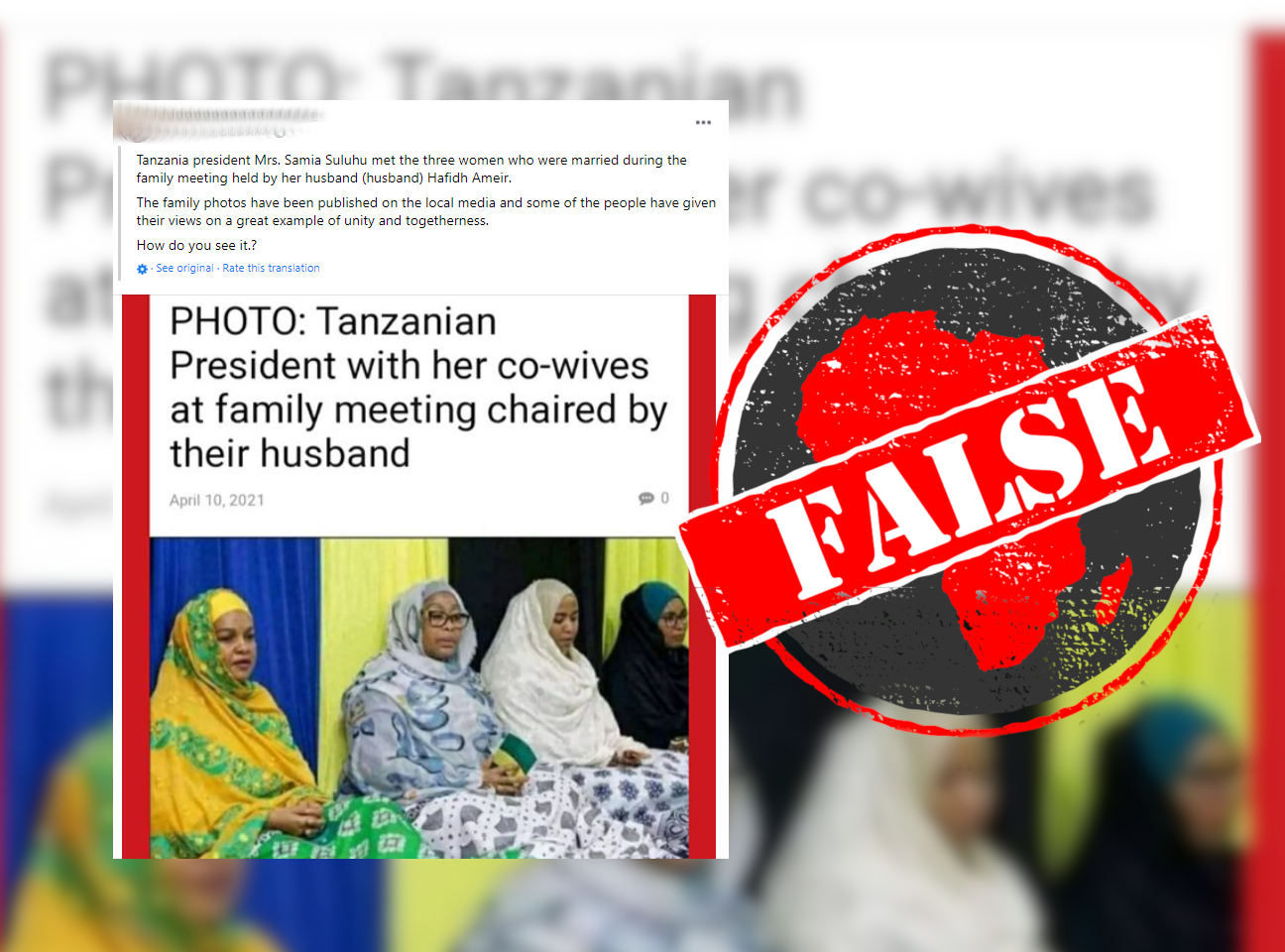 Africa Check searched for the photo on official Tanzania and Zanzibar websites and social media platforms.

We discovered that it was first posted on 7 April 2021 when the Tanzanian president was celebrating Karume Day, a public holiday on 7 April that marks the death of former Zanzibar president Abeid Karume in 1972.

The photo in the claim was first shared by Dr Hussein Ali Mwinyi, the president of Zanzibar.

Tanzania banned use of Kiswahili in secondary schools? No, online claims are false