A photo posted on Facebook on 5 July 2022 shows a group of men dressed in yellow, running across a dusty courtyard and crowding through a door. Men in uniform can be seen behind them, one with his arm raised to strike a running man.

The photo appears to have been shot through a wire mesh fence.

Jinja, a city in southeastern Uganda, is where the Nile River flows out of Lake Victoria. Jinja Main Prison is a maximum security facility.

Reports of prisoners and suspects escaping from Ugandan prisons and police stations are often widely covered.

Data from CrowdTangle, Meta’s public insights tool, shows that the post has had hundreds of interactions, including on public Facebook groups.

But does the photo really show inmates escaping from Jinja’s prison in broad daylight in July 2022? 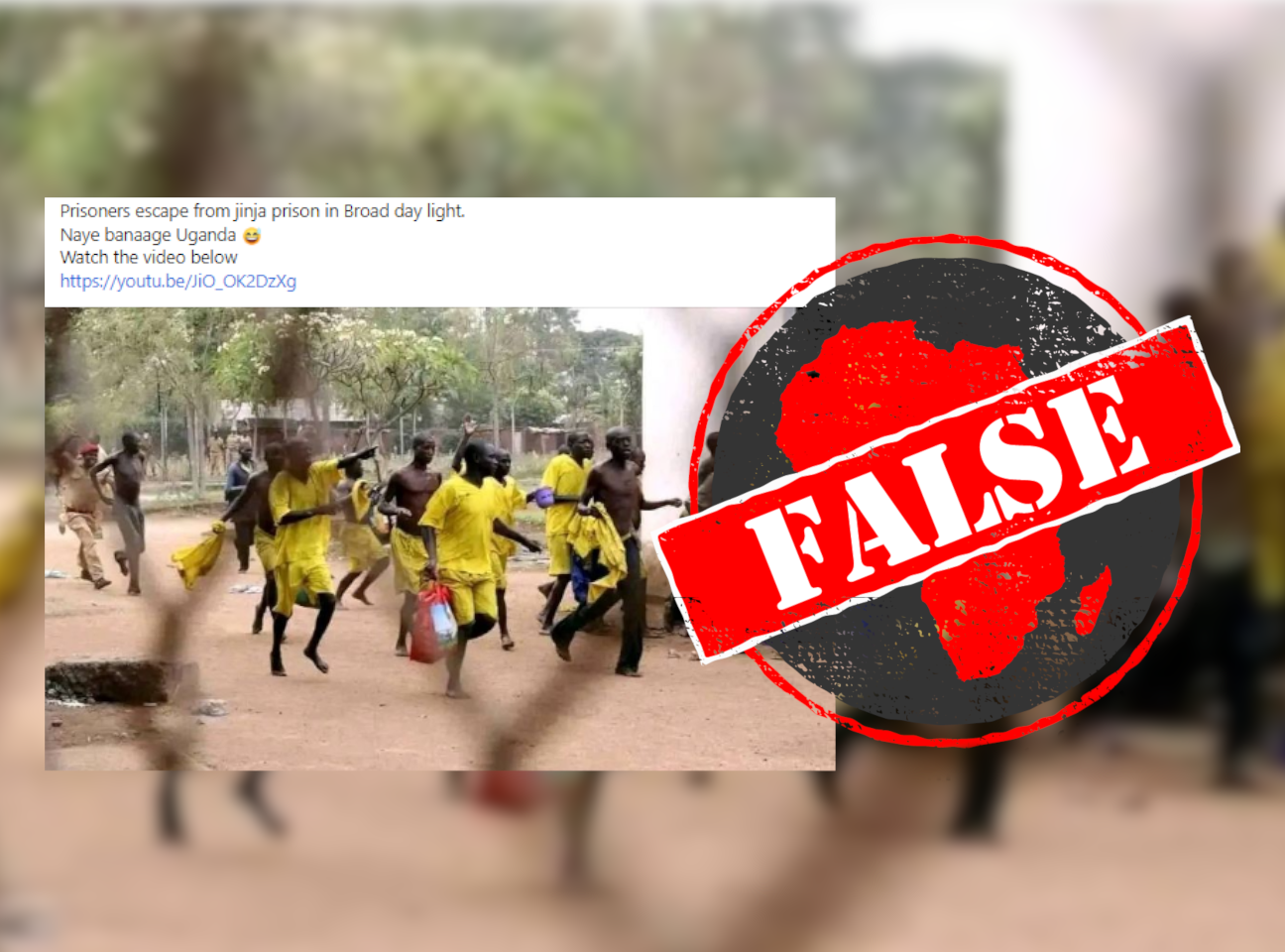 Africa Check could not find any news reports of a recent prison break in Jinja.

A sign that the claim is false is that the link in the caption goes to a YouTube video unrelated to a prison break. Instead, it’s a music video for the song Tease Me by Jora Mc.

And a Google reverse image search of the photo reveals that it was taken during a riot at Lira central prison nine years ago. Lira is a city in northern Uganda.

The photo was published on the Alamy stock photo site on 13 February 2013.

Its caption reads: “Prisoners runs towards their ward after their prison riot was quelled at the Lira Central Prison in Northern Uganda February 13, 2013. The prisoners rioted against the long periods in remand and congestion in wards, according to local media.”

It adds: “Lira Central Prison was built in the 1930s to hold less than 100 prisoners but there are currently 680, with most of them on remand awaiting trial. Some prisoners have already been on remand for three years, according to the report.”

The photo was taken by Hudson Apunyo.

Its caption on Facebook is simply a gimmick to drive users to the music video on YouTube.