Photo of US woman who gave birth to six babies, not Malian woman who delivered nine

A screenshot posted on a Facebook page with more than 200,000 followers shows a photo of a smiling woman in what seems to be a hospital bed above a photo of four newborn babies.

The screenshot’s caption gives more information: “25-year-old Malian woman Halima Cisse went into labor expecting seven babies but gave birth to nine, according to Mali’s Minister of Health and the Moroccan clinic where the nonuplets were born. A woman in California had 8 babies in 2009.”

The same pair of photos were posted here, here and here, with the same claim.

But what do the photos really show? 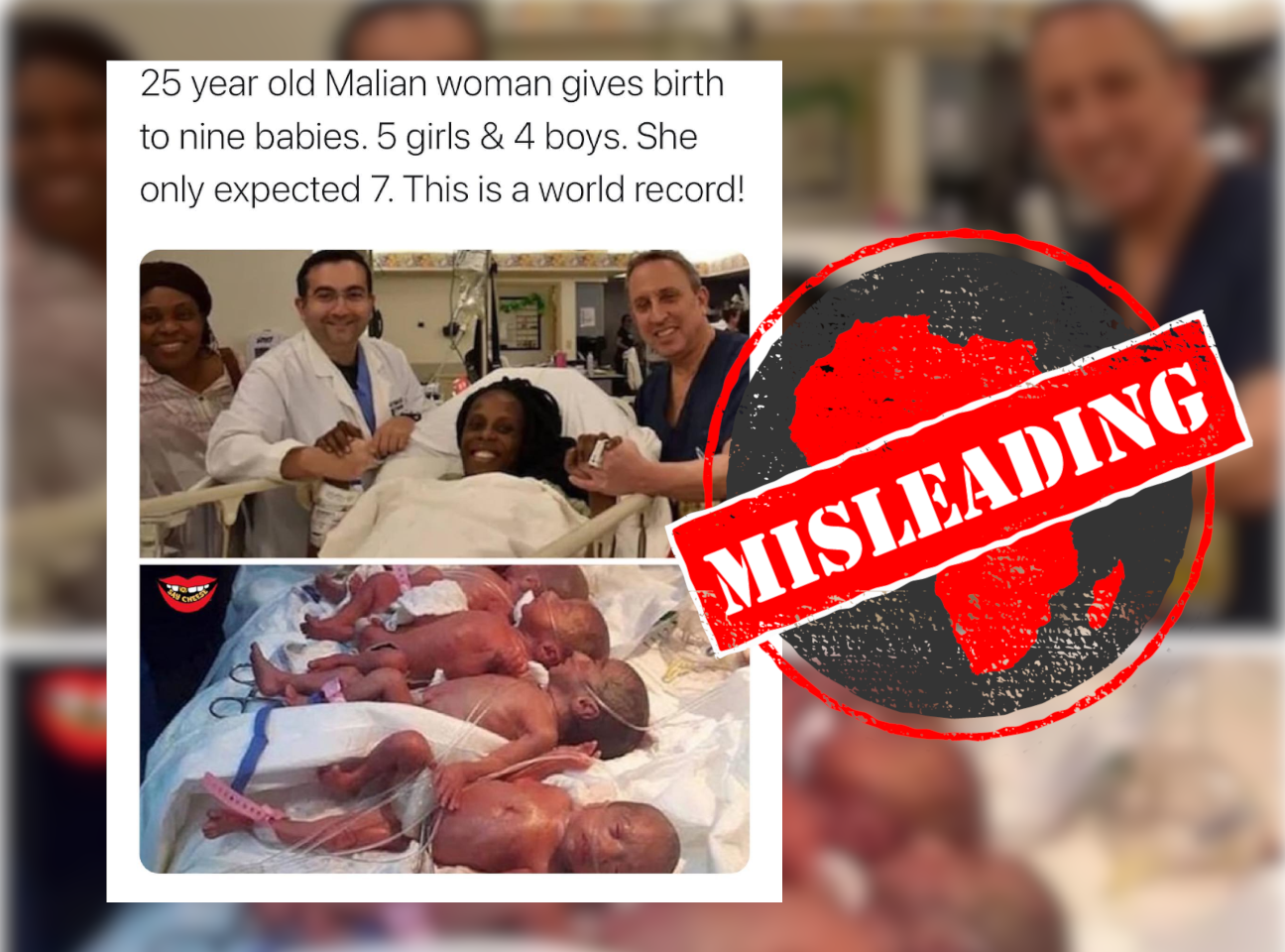 Halima Cisse did give birth to nine babies

A Google search for the story led us to an article published on the BBC website on 6 May 2021, with the headline “Malian woman gives birth to nine babies.”

It says Halima Cisse, a woman from Mali, did indeed give birth to nonuplets in Morocco. She was flown there by the Malian government for specialised medical attention.

A Google image search of the photo of the babies returned several articles about Cisse, in which it appears.

But the smiling woman in the first photo isn’t Cisse.

Photo of Thelma Chiaka from the US

A Google reverse image search led us to an article on Yahoo, dated 18 March 2019. It names the woman in the photo as Thelma Chiaka from Houston in the United States, who gave birth to sextuplets – six babies – at the Woman’s Hospital of Texas.

A look through the hospital’s Facebook page uncovered the first photo in the screenshot, of the smiling woman, posted on 16 March 2019. Its caption reads: “We were honoured to welcome Thelma Chiaka's four sons and two daughters early this morning!”

The photo also appears in an article in the Houston Chronicle.

We also found a video of Chiaka and one of her doctors being interviewed on Good Morning America.

It is true that a Malian woman named Halima Cisse gave birth to nine babies in May 2021, but the first photo in the screenshot shows Thelma Chiaka from Houston in the US.