“GAZA UNDER ATTACK,” reads a message posted on Facebook in South Africa on 27 April 2021. “We are 2 million people, 50% are children. And if the world media does not cover this, then you should know that we are being bombarded by Israeli warplanes right now.”

The post includes three photos of huge explosions against a night sky in a populated area.

The Gaza Strip is a small and densely populated territory, not recognised as being part of any country, that runs along the Mediterranean coastline at the border of Israel and Egypt. Its population is largely Palestinian.

On 16 March 2021 Al Jazeera reported that Israeli warplanes had “carried out air raids at several locations after midnight on Friday in the Gaza Strip in response to a rocket fired from the besieged Palestinian enclave that hit southern Israel”.

There were reportedly no casualties in the early morning attacks.

But do the photos in the Facebook post show Gaza under attack by Israeli warplanes “right now”, on 27 April 2021? We checked. 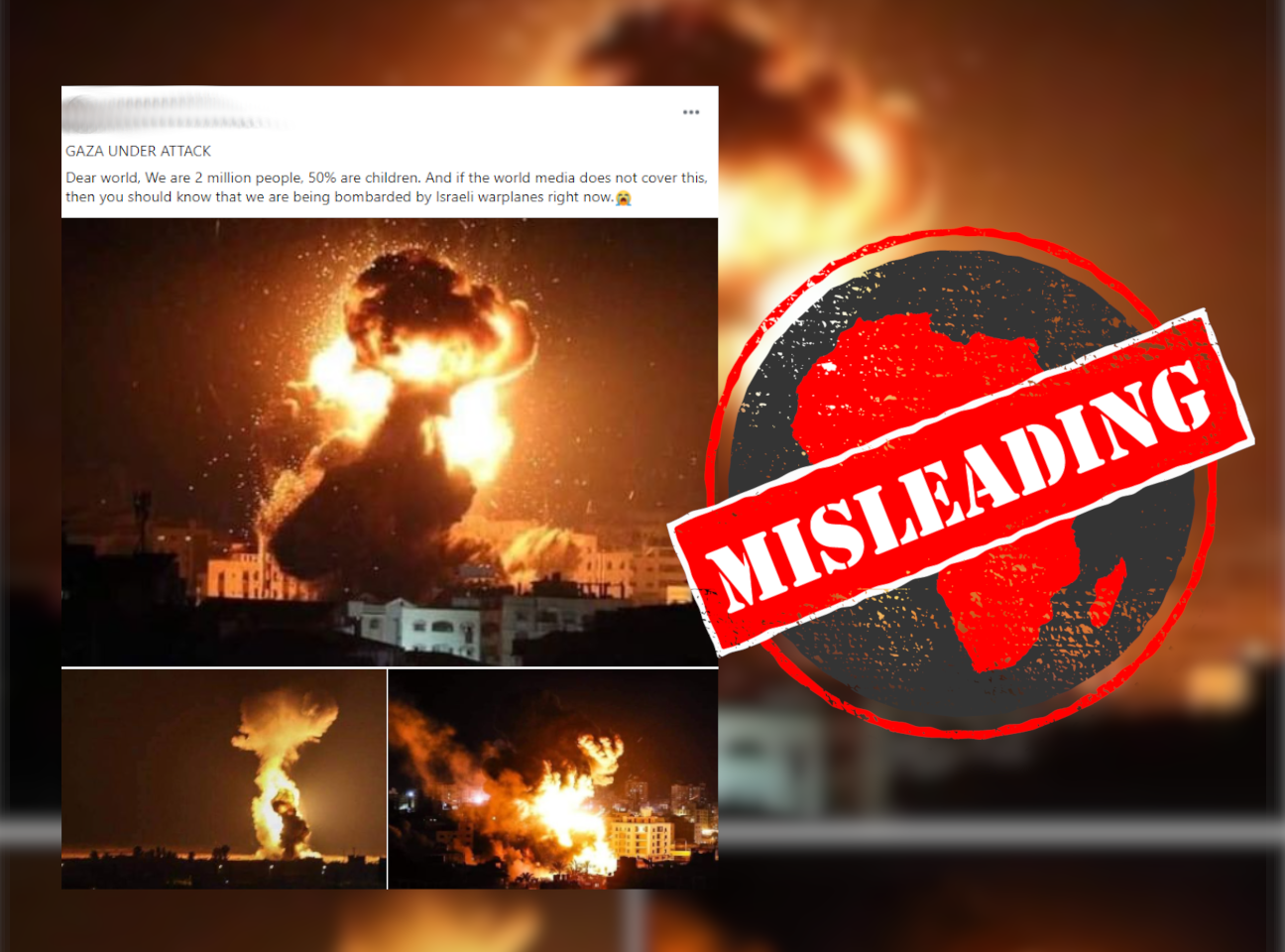 TinEye reverse image searches of the three photos reveal that they do show Israeli strikes against Gaza. But one was taken in August 2020, and the other two in March 2019.

All three photos can be found on the Getty Images stock photo website.

Here the caption for the 2020 photo reads: “Smoke and flames rise after war planes belonging to the Israeli army carried out airstrikes over the southern Gaza Strip city of Rafah on August 12, 2020.”

One of the photos taken in 2019 is captioned: “Smoke and flames rise from Head of the Political Bureau of Hamas, Ismail Haniyeh's office in western Gaza after Israeli warplanes carry out a fresh wave of airstrikes across the blockaded Gaza Strip on March 25, 2019, in Gaza City, Gaza. Israeli army spokesman Avichay Adraee said the air raids had targeted Hamas positions across the blockaded enclave.”

The caption of the other 2019 photo is similar: “Fire and smoke billow above buildings in Gaza City during reported Israeli strikes on March 25, 2019. Israel's military launched strikes on Hamas targets in the Gaza Strip today, the army and witnesses said, hours after a rocket from the Palestinian enclave hit a house and wounded seven Israelis.”