Rumours that an unknown “VIP” had died spread on social media in Kenya in March 2021.

One Facebook user claimed on 19 March that there was “heavy security” at Lee Funeral Home in the capital Nairobi.

“Security beefed up at lee funeral home as they expect a VIP client ... Who could it be,” read another post, shared in a group with nearly 40,000 followers.

All the posts include the same photo of soldiers outside the funeral home. But was there heavy security there on 19 March, because of a famous death? We checked. 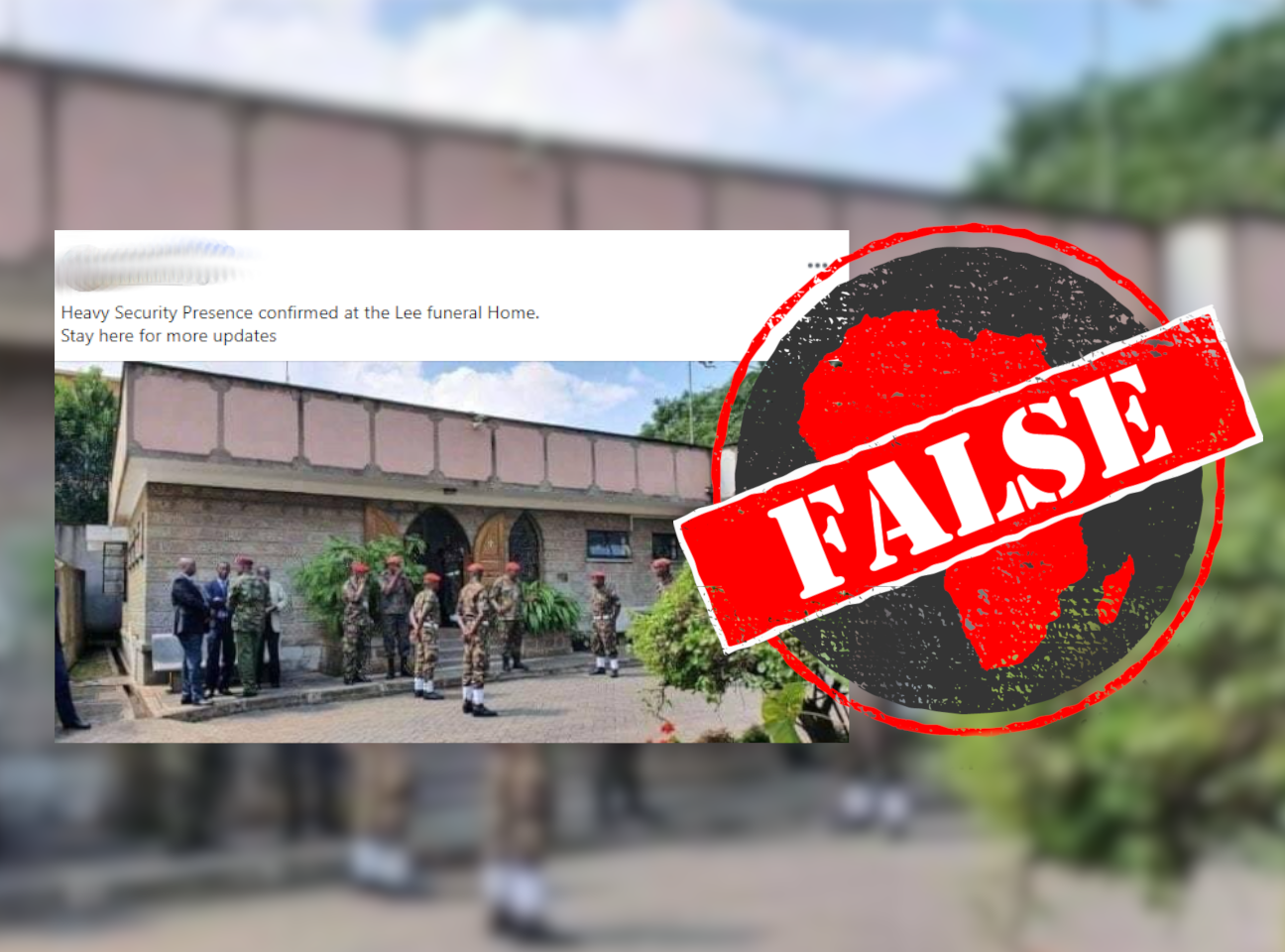 On the day the photo was posted on Facebook, a news reporter with Kenyan newspaper the Nation posted a video on Twitter, with the caption: “Nothing is happening at Lee Funeral Home … no VVIP security.”

“There’s no security, someone is lying [saying] there’s security, there’s nothing of the sort,” a voice says in the video.

A reverse image search shows the photo was first published on 4 February 2020 on the Tuko news website. It illustrated an article about the death on the same day of former president of Kenya, Daniel arap Moi.

His body was kept at the funeral home in advance of a state funeral.

The photo was credited to Bebeto Ogutu. Muyela Roberto, the journalist who wrote the article, also tweeted four photos, including the one shared on Facebook, and credited all four to Ogutu.

The tweet read: “Military takes over at Lee Funeral Home.”

“It was our photo. It was taken by the video team after Moi’s death,” she said.