Plane makes emergency landing on Nairobi expressway, ends up in park? No, photo of old aircraft being converted into restaurant

An aircraft made an emergency landing on a major new road in Nairobi, Kenya’s capital. That's the claim circulating on Facebook on 28 August 2022.

“Plane forced to use Expressway as runway, making an emergency land at Uhuru Park due to bad weather,” a typical version reads.

The Nairobi expressway was commissioned in July 2022. Uhuru Park, one of the capital’s landmarks, can be clearly seen from the road.

The photo used in the claim shows a white Boeing plane in the park, with Nairobi’s skyline visible.

The claim has also been posted here. But did an aircraft really use the expressway and land at Uhuru Park, in what would be an aviation feat? 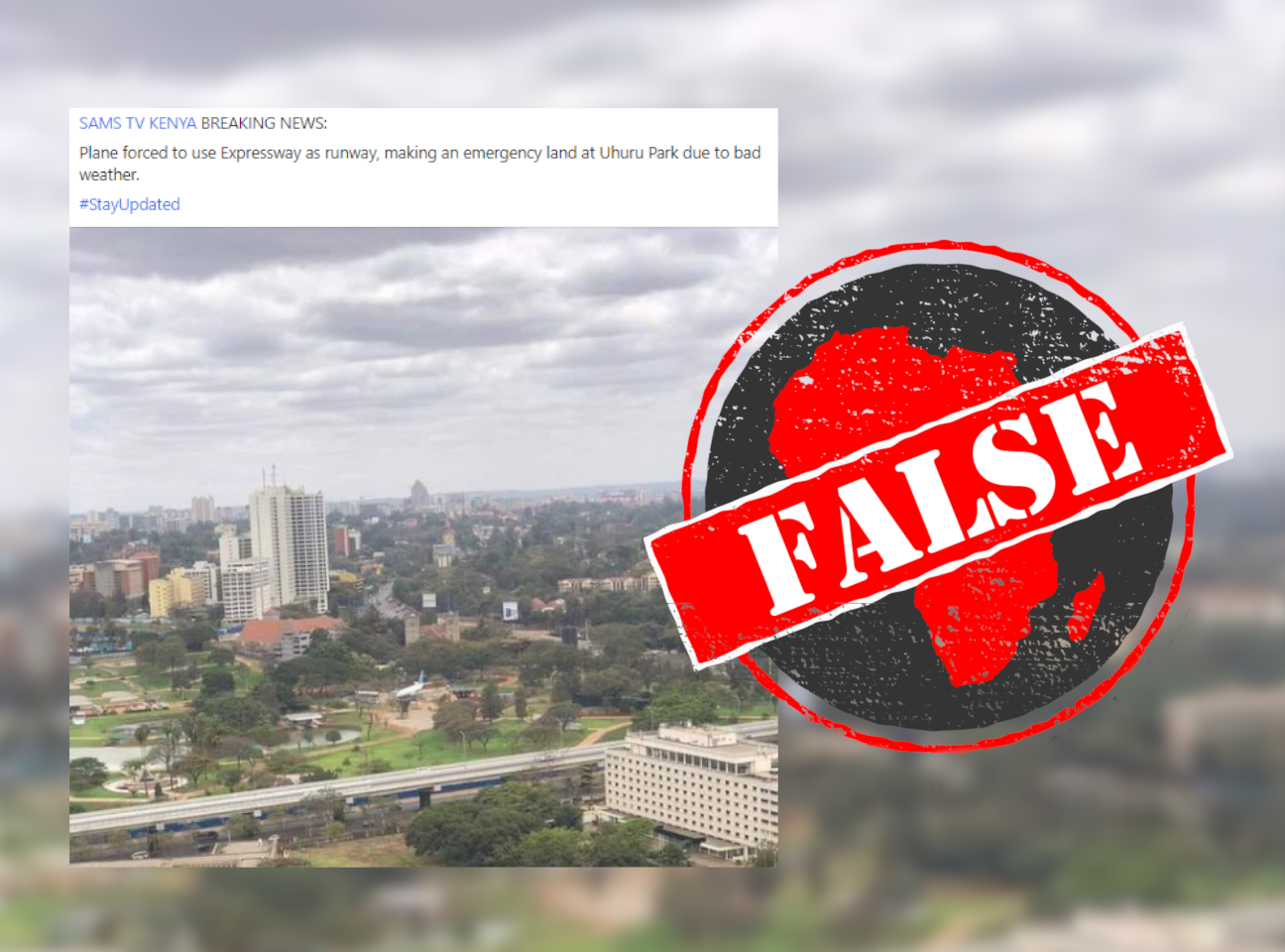 Africa Check did a search on the global flight tracker, Flightradar24. This revealed that all flights scheduled for Kenya’s main JKIA airport on 28 August 2022 had landed, with only one delayed.

We also spoke to Maureen Okomo, an aeronautical engineer, who confirmed that a Boeing plane couldn’t land on the expressway because its wings would not fit on the road.

The absence of any reporting on the incident is also a clue that the claim is dubious.

But there is an aircraft at Uhuru Park, being renovated by the Nairobi Metropolitan Services (NMS), which runs the city.

Lt-Gen Mohamed Badi, the services’ head, confirmed in an interview on Spice FM that a Boeing aircraft at the park was being converted into a restaurant. 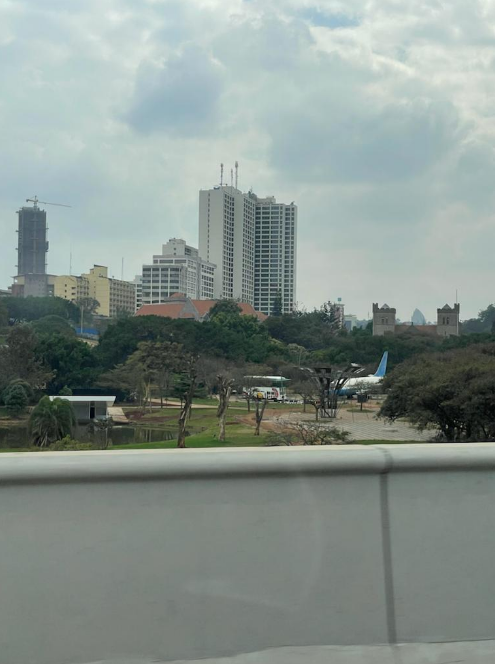