You may have seen a short video claiming that Spanish flu “didn’t come from Spain” and “wasn’t a flu”. The clip has been posted on TikTok and shared on Facebook.

Instead, the video’s narrator says, the Spanish flu pandemic of 1918 and 1919 was the result of an early vaccination programme in the United States. It also points to supposed similarities between Spanish flu and the Covid-19 pandemic.

But it's false. The video was made by an avid conspiracy theorist who also promotes the disproven QAnon conspiracy, and has made many other false claims about Covid-19.

Let’s explain what the Spanish flu pandemic was, and what the video gets wrong. 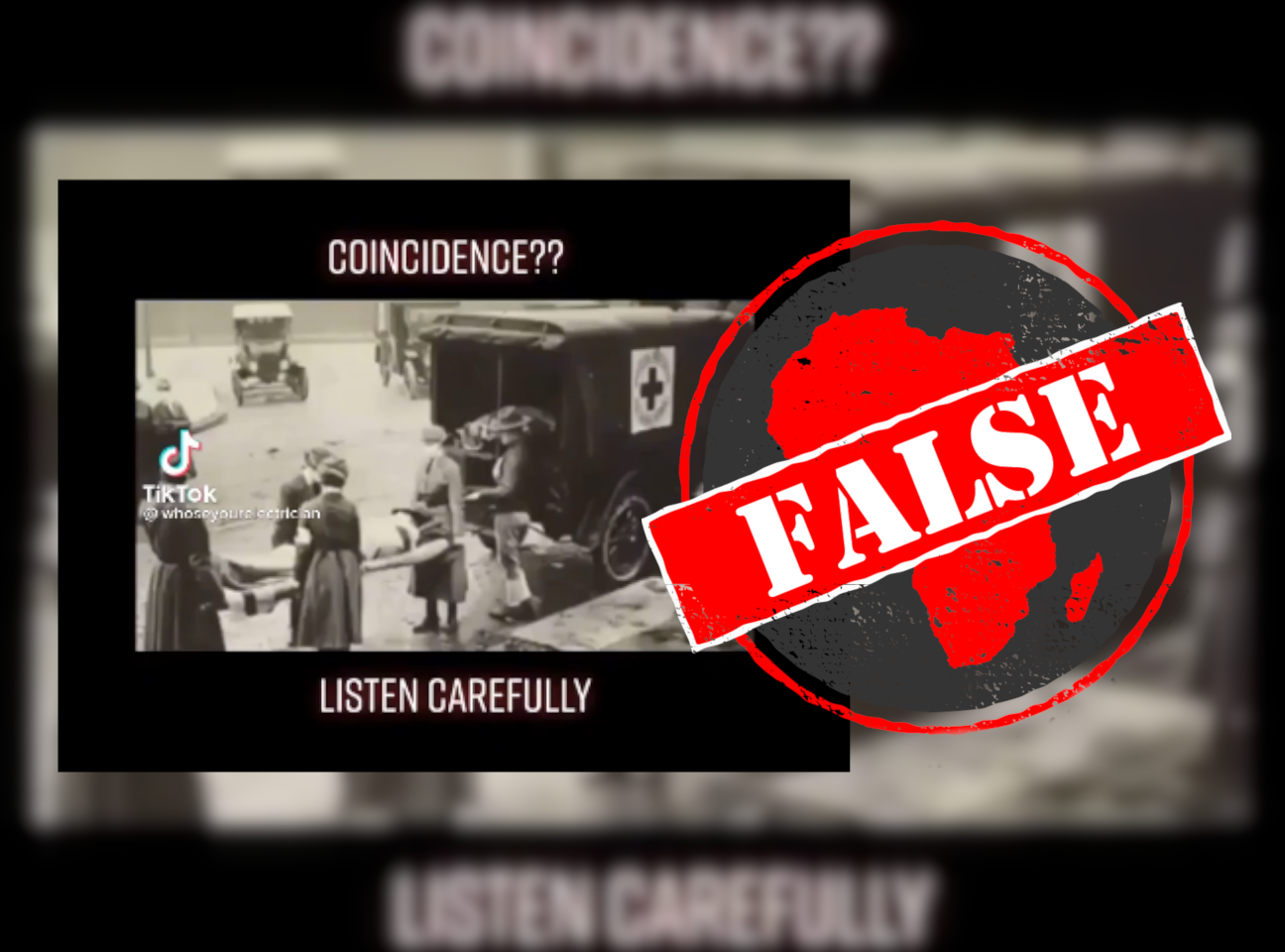 Influenza, or flu, is a common and well-studied disease caused by a group of closely related viruses. A subtype of flu virus known as H1N1 has caused several notable outbreaks, including seasonal influenza epidemics, a swine flu pandemic in 2009, and Spanish flu. Spanish flu was by far the deadliest of these.

The death toll of the Spanish flu pandemic was originally thought to be around 21 million people. But it’s now estimated to have been about 50 million, and possibly as many as 100 million people.

The video makes two “very interesting” claims about Spanish flu. The narrator says: “First of all, it didn’t start in Spain. Secondly, it wasn’t a flu.” Like much effective disinformation, this is partially true. It didn’t begin in Spain.

The pandemic began, and spread, at the end of the first world war. It was named “Spanish flu” because Spain – neutral in the war and not concerned about how a pandemic might affect morale – was one of the few countries that allowed journalists to report on the disease. The lack of reporting elsewhere meant the pandemic was poorly handled in many places.

Some experts do believe that Spanish flu actually began in the United States, although it’s impossible to pinpoint its exact origins. One theory is that it began at the Fort Riley military base in the US state of Kansas.

The TikTok clip repeats the Fort Riley theory, which may be correct. But it then claims Spanish flu began when an “experimental bacterial meningitis vaccine cultivated in horses” was “injected into soldiers at Fort Riley”.

But it’s the claim that’s “horribly wrong”. We have solid evidence that Spanish flu was caused by a strain of the H1N1 virus, not an “experimental bacterial meningitis vaccine”.

What are bacteria and viruses?

Bacteria and viruses are two very different types of microscopic organism. Both can, in some cases, cause disease.

Bacteria are single-celled organisms that can reproduce, consume food and often even move under their own power. Tuberculosis is one disease caused by bacteria.

Viruses, on the other hand, are little more than a coating around a set of genetic information. They do not eat, move by themselves, or do many things associated with living organisms. They also can only make copies of themselves – a basic kind of reproduction – without infecting the cells of another organism.

Because of this, there is substantial debate about whether viruses should be considered alive. Covid-19 is a disease caused by a virus.

We know that the 1918 pandemic was caused by a virus, partly because scientists have been able to recover it from well-preserved bodies of its victims. Samples from the frozen body of an Inuit woman who died of the disease in her mid-20s even allowed scientists to recreate the proteins on the virus’s outer surface.

As we said above, strains of the same virus persist today. Scientists can directly compare the samples of the H1N1 virus found in the bodies of Spanish flu victims to modern versions of the virus, which cause diseases like swine flu.

So the video is false. But this isn’t particularly surprising to anyone familiar with popular false claims. The video’s narrator has a recognisable voice, and is known as a prolific publisher of misinformation.

The clip on TikTok and Facebook is part of a much longer video created by Janet Ossebaard and Cyntha Koeter. Ossebaard in particular has been involved in sharing disproven conspiracy theories for decades.

According to an old website of hers, Ossebaard became interested in conspiracy theories about crop circles – artworks grown or cut into fields on farms – in 1994. Her interest led her to produce several books and films supporting the conspiracy theory that the artworks are produced by supernatural (or extraterrestrial) means.

Ossebaard’s involvement in conspiracy circles has since grown.

Today, Ossebaard and Koeter are known for a series of videos titled The Fall of the Cabal (or sometimes just Fall Cabal), which promote the disproven claims of the QAnon conspiracy. In 2020, the Guardian described the “documentary” as “a notorious QAnon video primer”.

QAnon grew out of an earlier conspiracy theory known as “pizzagate”, whose believers claimed that US politician Hillary Clinton and other prominent people were running a child sex-trafficking ring from a popular pizza restaurant in Washington DC, the US capital.

The claims about sex trafficking remain, spurred on by cryptic posts made by an individual (or group acting as an individual) known as “Q”.

QAnon involves the belief that former US president Donald Trump has been working secretly to combat a group of high profile celebrities and politicians known as “the cabal”, which traffics children in order to drink their blood. Belief in the conspiracy theory is thought to have inspired many who attacked the US Capitol building in January 2021.

Ossebaard’s Fall of the Cabal repeats many of the most common claims of QAnon, despite a lack of evidence to support these claims, and the fact that “Q” has made countless failed predictions in the past.

Japan has never had a Covid vaccine mandate – but warns of ‘rare’ heart inflammation side effect from Moderna vaccine, among young men