This translates as: “We will consult because, during the allocation of county funds, we got to know our friends and foes. When it is said that there will be more fund allocation in the Mount Kenya region, there is someone who gets bitter. But on Sundays, he comes with KSh2 million that he gives to a whole constituency with a population of 100,000. This doesn’t help.”

The video’s caption adds: “After Waruguru was robbed in the recent UDA nominations, looks like she has seen the light.”

On 14 April, United Democratic Alliance (UDA) held nominations for the upcoming general elections, scheduled for August. Ruto leads the party, and is running for president.

Waruguru lost her bid to run on the UDA ticket for member of parliament for the Laikipia east constituency. The nomination went to Amin Deddy.

“Mount Kenya” is shorthand for a vote-rich political construct of the Kikuyu, Meru and Embu communities, and counties where these communities are the majority.

But does the video really show Waruguru criticising Ruto shortly after losing the nomination? We checked. 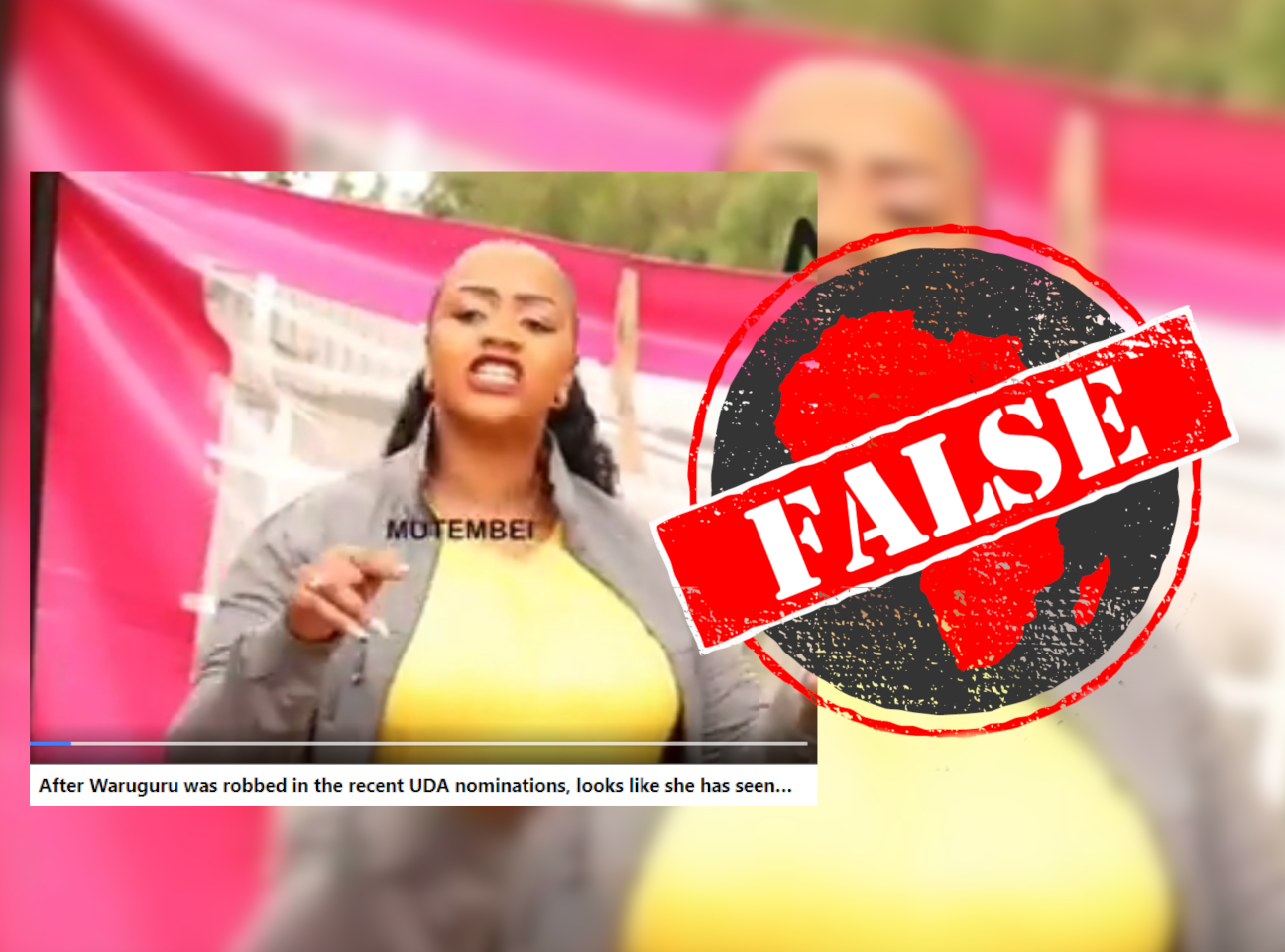 The video has the watermark of Mutembei TV, a Kenyan YouTube channel.

We searched YouTube for the video using the key phrase “Cate Waruguru accusing Ruto: Mutembei TV”. We found it, uploaded on 19 September 2020.

At the time, Waruguru was still a member of president Uhuru Kenyatta’s ruling Jubilee Party, not the UDA. The video has nothing to do with the April 2022 UDA party nominations.