A quote attributed to former Kenyan chief justice David Maraga is circulating on Facebook. It claims he suggested the 9 August 2022 presidential election would be “nullified”.

“There are grounds that this election will be nullified or The Court can call for an open tally then finally announce the winner. I smell Chepukati arrest if its true he was involved in electoral fraud,” the 23 August post reads in part.

“Funny question: How did DP William Samoei Ruto knew that he's the Winner to call his mother to witness his victory? It is well let the Court decide! I'm watching and will give guidance Accordingly,” it adds.

Maraga served as chief justice from 2016 to 2021. He led a team of supreme court judges who nullified the 2017 presidential election citing irregularities and illegalities in the transmission of the election results.

On 15 August 2022 Wafula Chebukati, the chairperson of the Independent Electoral and Boundaries Commission, declared United Democratic Alliance candidate William Ruto the winner of the presidential election.

Ruto’s mother was at the vote-counting centre to witness the declaration. She was escorted from the venue when chaos broke out.

Ruto’s main rival, Orange Democratic Movement leader Raila Odinga, has rejected the election results and is challenging it in court.

The quote has also been posted here and here. But did Maraga really say this? We checked. 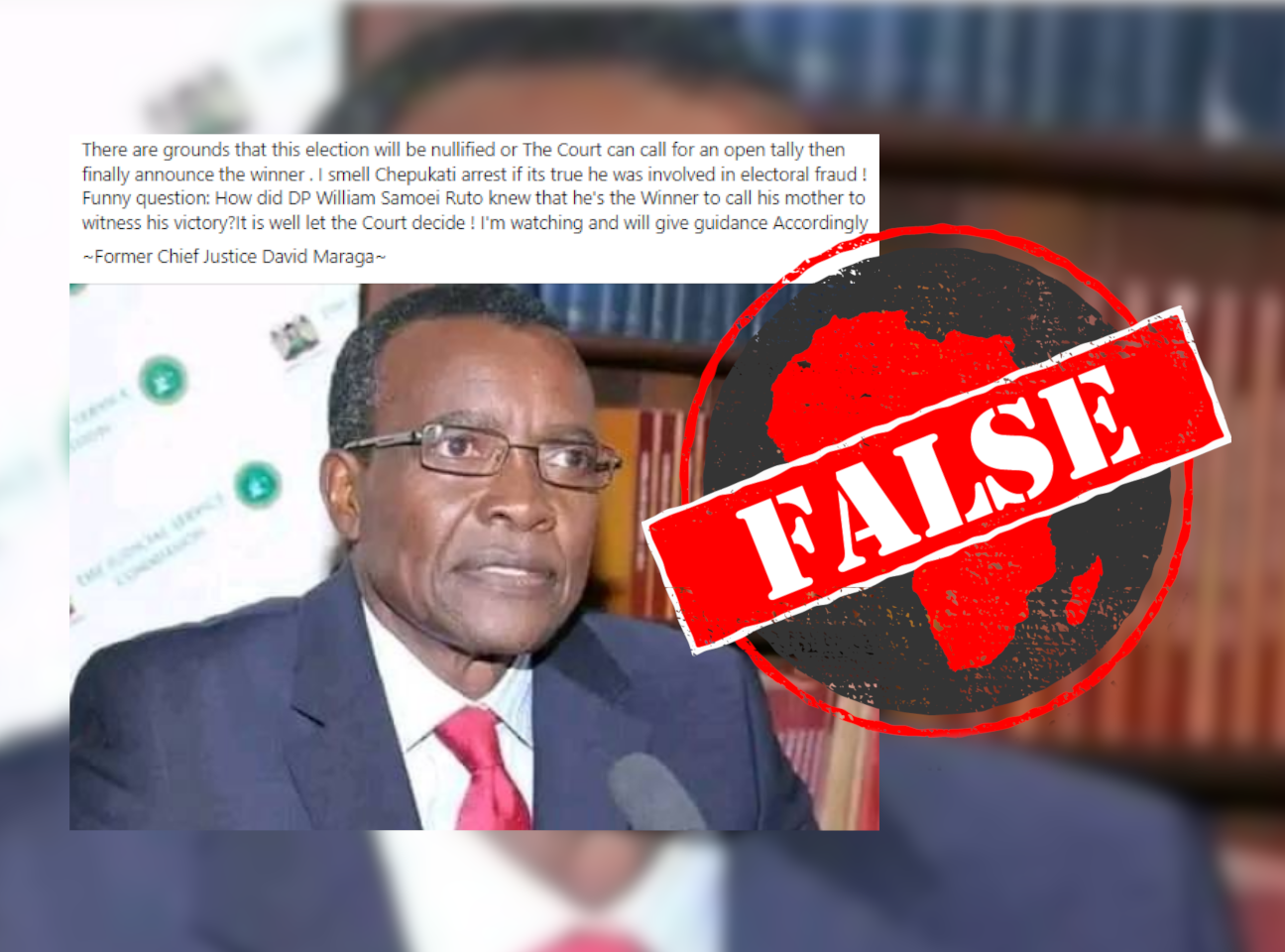 The quote would have been picked up by local media and appear in Google search results. Africa Check searched for it but came up empty.

We also searched for the quote on Maraga’s verified Twitter account and found a screenshot of it, stamped “fake”.

There is no evidence the former chief justice said this, or that any media house quoted it.