A Facebook user shared a graphic with a quote attributed to member of parliament Rigathi Gachagua.

Gachagua has been popularising the United Democratic Alliance, or UDA, the party associated with deputy president William Ruto.

Gachagua is the MP for Mathira constituency, but he campaigned for UDA candidates who faced off with the ruling Jubilee party for the Kiambaa parliamentary seat and Muguga member of county assembly seat, both in Kiambu county.

Kiambu county lies north and east of the Kenyan capital, Nairobi, while Mathira is a further 130 kilometres north-east, in Nyeri county.

The graphic with the Nation Africa logo was posted on 15 July 2021, on the day that there was a by-election in Kiambaa.

In the quote, the lawmaker appears to blame the weather for the outcome of the closely contested mini-poll.

It reads: “The weather has not been favourable for our candidate, most of our supporters are the elderly people who cannot leave the house when it's raining. You cannot depend on the youth because most of them are already drunk, so we pray that the sun comes out.”

The graphic has been shared on at least two Facebook pages with at least 598,000 followers and in public Facebook groups with a joint membership of more than 88,000 members.

Africa Check counted at least 70 different users sharing the graphic. But is it from Nation Africa and did Gachagua talk about the weather like this? We checked. 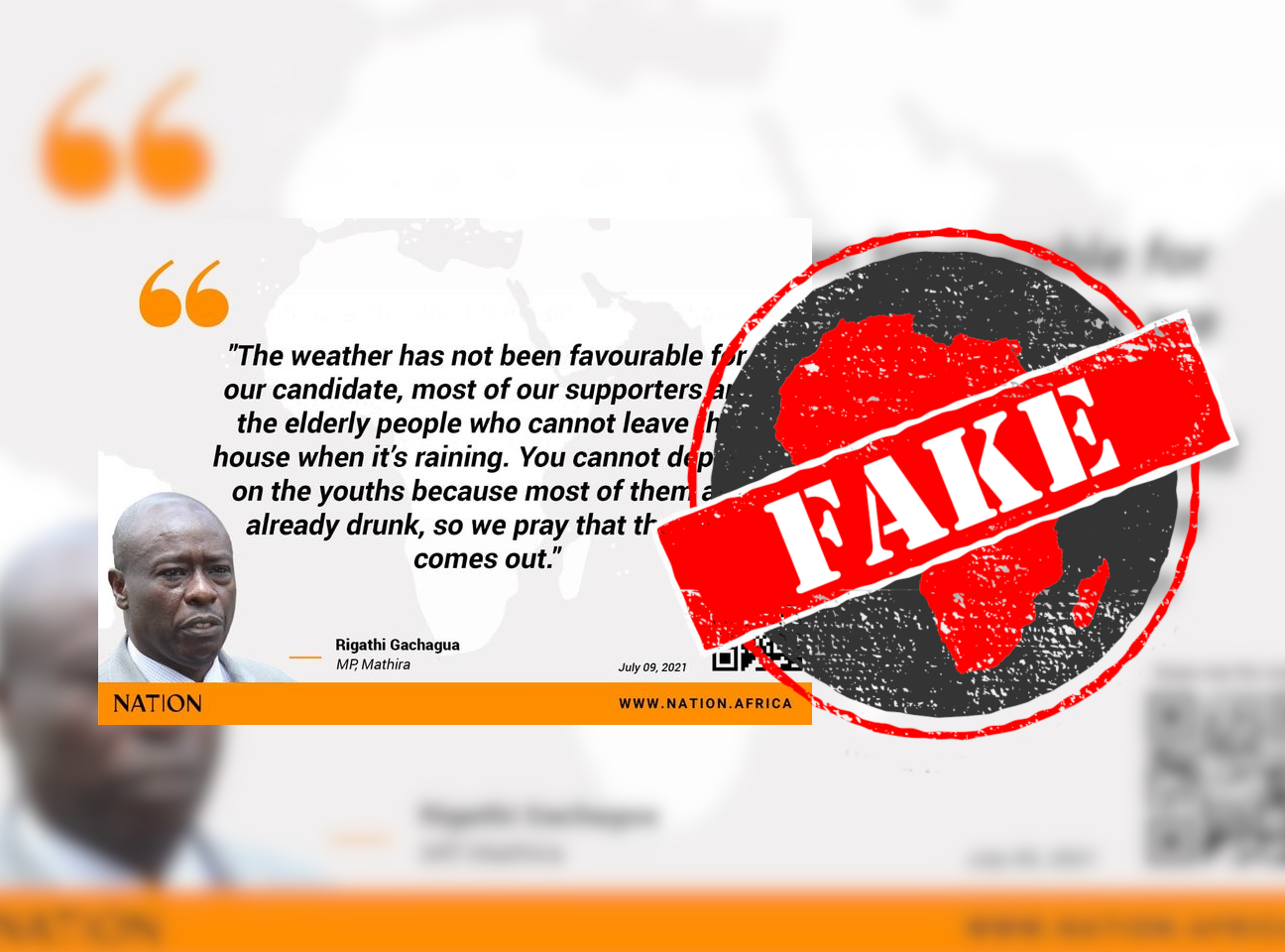 Nation Africa cautioned readers on its Facebook page that the viral graphic did not originate from the company.