‘Raila might not get more than 25% in Kakamega’? No, quote attributed to presidential candidate’s deputy on fake graphic

A graphic posted on Facebook quotes Wycliffe Oparanya, the governor of Kenya’s Kakamega county, as apparently cautioning his party leader Raila Odinga that the political “ground” in his county “had shifted” to his rivals.

“I have been supporting Raila in the villages of Kakamega but the ground has shifted to Kenya Kwanza Raila might not get more than 25% we have a lot of work to do,” the quote reads.

Odinga leads the Orange Democratic Movement (ODM) and Azimio la Umoja election coalition, and is a presidential candidate in the 2022 elections. Kakamega is a county about 360 kilometres west of Nairobi. Kenya Kwanza is the coalition of Odinga’s main rival in the elections, deputy president William Ruto

Oparanya is Odinga’s deputy in the ODM. The quote suggests that Odinga has lost ground in the region, which has traditionally voted overwhelmingly for him.

The graphic includes the logo of Kenyans.co.ke, a local news outlet, and a photo of Oparanya. It was also posted here, here, and here.

But is the quote authentic? We checked. 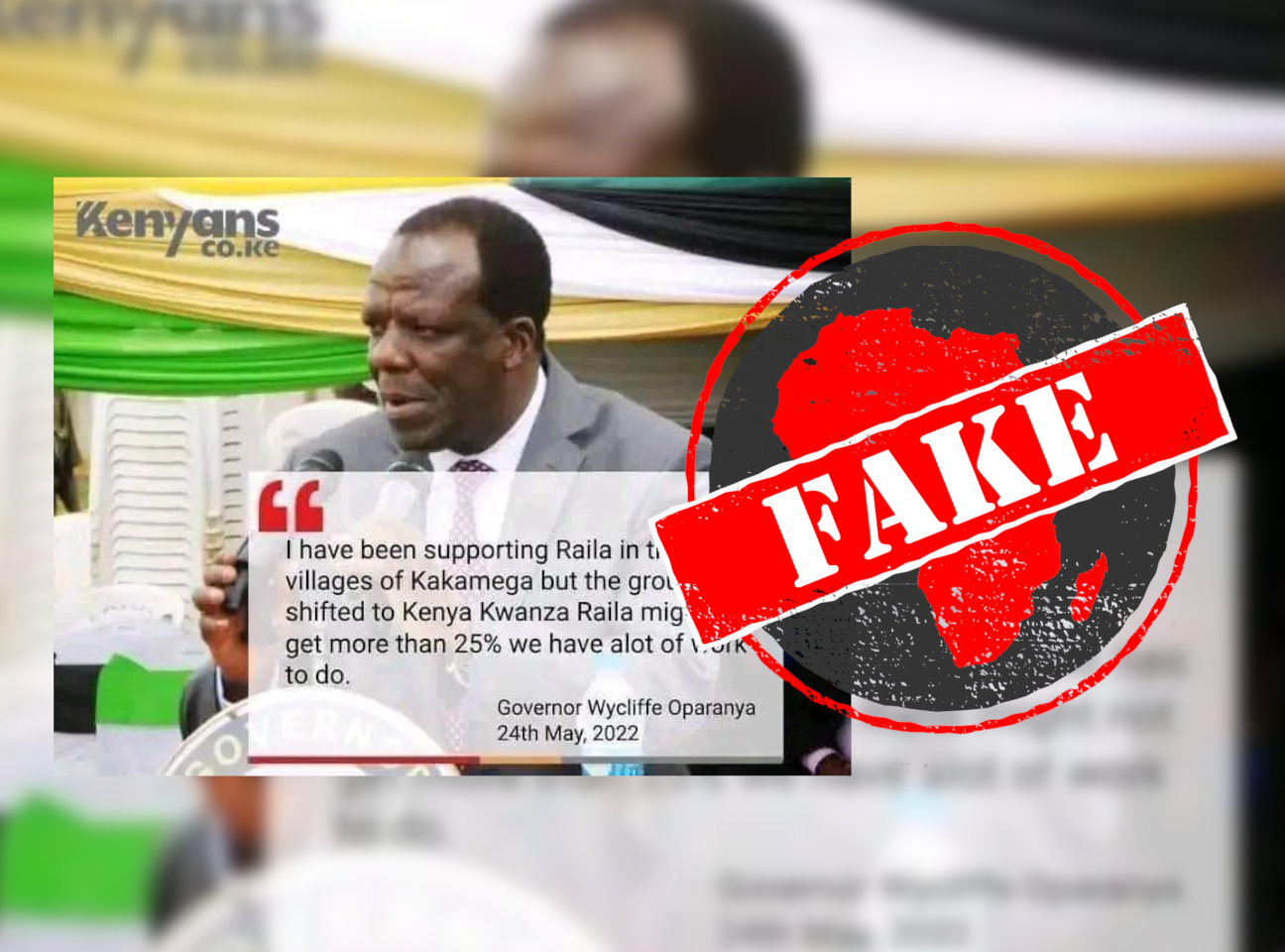 No news reports of statement

If Oparanya had made the statement, it would have made news across the country. But we could not find the quote reported by any mainstream media platforms.

More than this, the punctuation in the graphic is off. This would be unlikely in an authentic graphic from Kenyans.co.ke.

All we found was the graphic – stamped “FAKE” – posted on the Kenyans.co.ke Facebook page on 30 May.

“This post did not emanate from our media house. It does not conform to the in-house branding rules and did not go through the multiple approval checks set in place to prevent misreporting,” its caption reads.