Rapture in Thailand? No video of collapsed graves in Tajikistan cemetery after mudslide

A video of a muddy cemetery with open and empty graves has been posted on a Nigeria-based Facebook page.

“Could this be Rapture?” the caption asks. “Cemetery in Thailand dawned with all the graves open without any coffin or corpse and so far no one has any explanation.” Thailand is in southeast Asia.

The rapture is a belief by some Christians that, during the second coming of Jesus, both the living and the dead will rise to heaven.

The video has been viewed more than 50,000 times. But what does it really show? We checked. 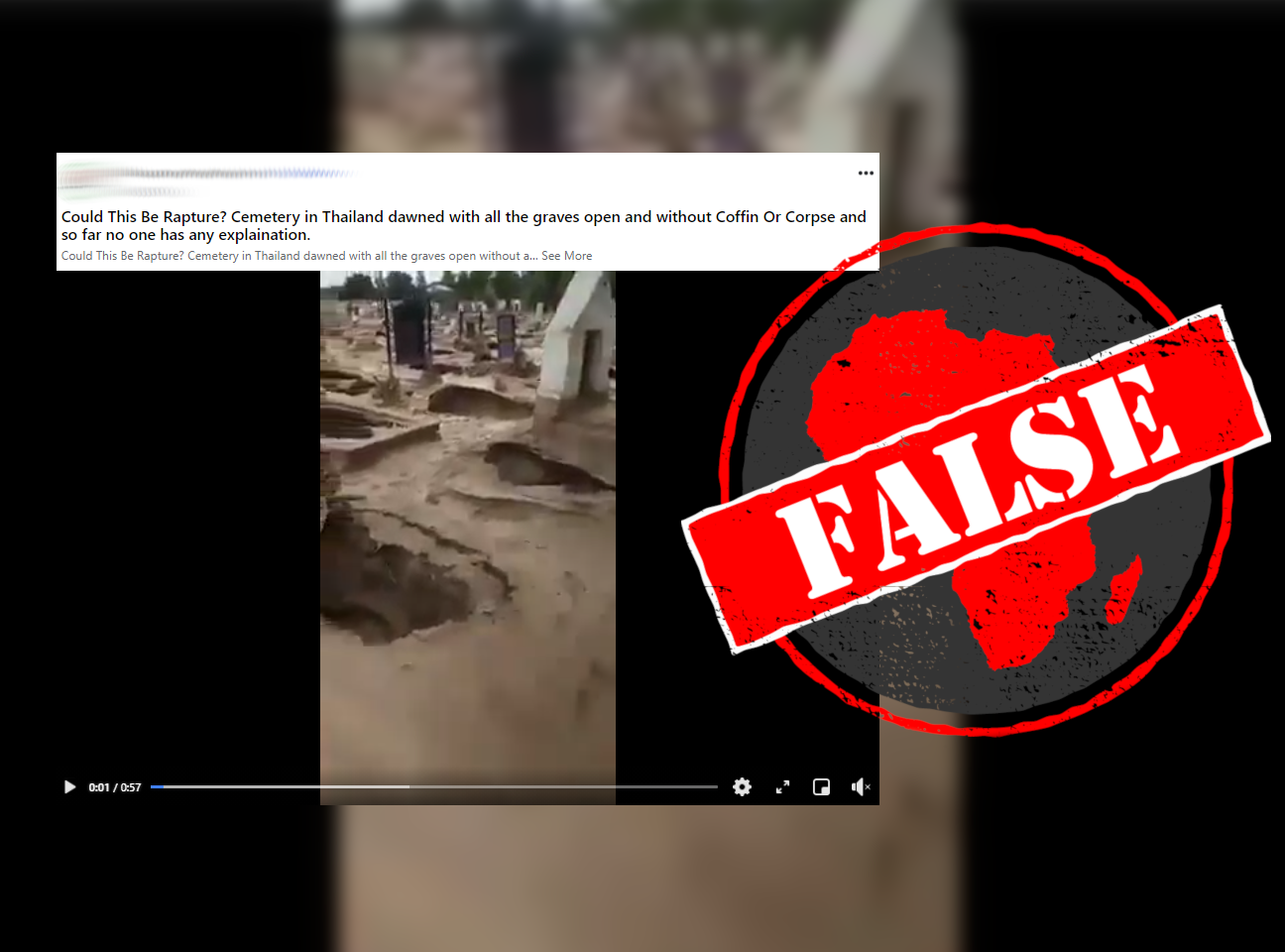 Africa Check extracted frames from the video using the InVid WeVerify tool and used them in a Google reverse image search.

This led to an article titled: “Mudslide damages cemetery and residential buildings in Konibodom.” The article was published on 4 June 2019 on the Asia-Plus website under the Tajikistan category.

But the article does not have a video or photo of the cemetery. It only shows a photo of a man looking at debris outside a house.

A Google reverse image search of this photo in turn led to a YouTube video on the Asia-Plus channel with Cyrillic script. The video shows the same scene of open and empty graves in a muddy cemetery.

A Google machine translation of the video’s title reads: “In Kanibadam, a mudflow destroyed a cemetery and houses of residents.”

A search for the Cyrillic video title on the Russia-based Yandex search engine brought up an article published on 3 June 2019 with a clear picture of the collapsed graves and a video shot at the cemetery.

The video’s caption puts the location of the ruined cemetery in Konibodom (also Kanibadam), a city in the central Asian country of Tajikistan. A translation of the article’s headline reads: “Disaster raged in Tajikistan: one person died, hundreds of houses and a cemetery were damaged.”

The video was shot in Tajikistan, not Thailand, and shows the aftermath of a mudslide, not the rapture.