A photo posted on Facebook in Kenya in February 2021 shows a huge crowd of what seem to be mainly women marching down a road. Those in front carry a banner that reads: “Ruto! Ruto! Use the energy you have in rejecting BBI to rebuild Kiambaa church.”

It was posted with this status update: “Mega Demonstration in Nairobi as Nairobians ask Ruto to use the energy he is using to oppose BBI to rebuild Kiambaa Church. Kenyans want Ruto impeached Soon.”

Kiambaa is a constituency in Kenya’s Kiambu county, just north of the capital of Nairobi. On 1 January 2008 women and children sheltering in a church in Kiambaa were burned to death in a fire set during the violence that followed the country’s 27 December 2007 elections.

But does the photo really show a recent “mega demonstration” in Nairobi against Ruto and his perceived opposition to the BBI, demanding that he instead help rebuild the church? We checked. 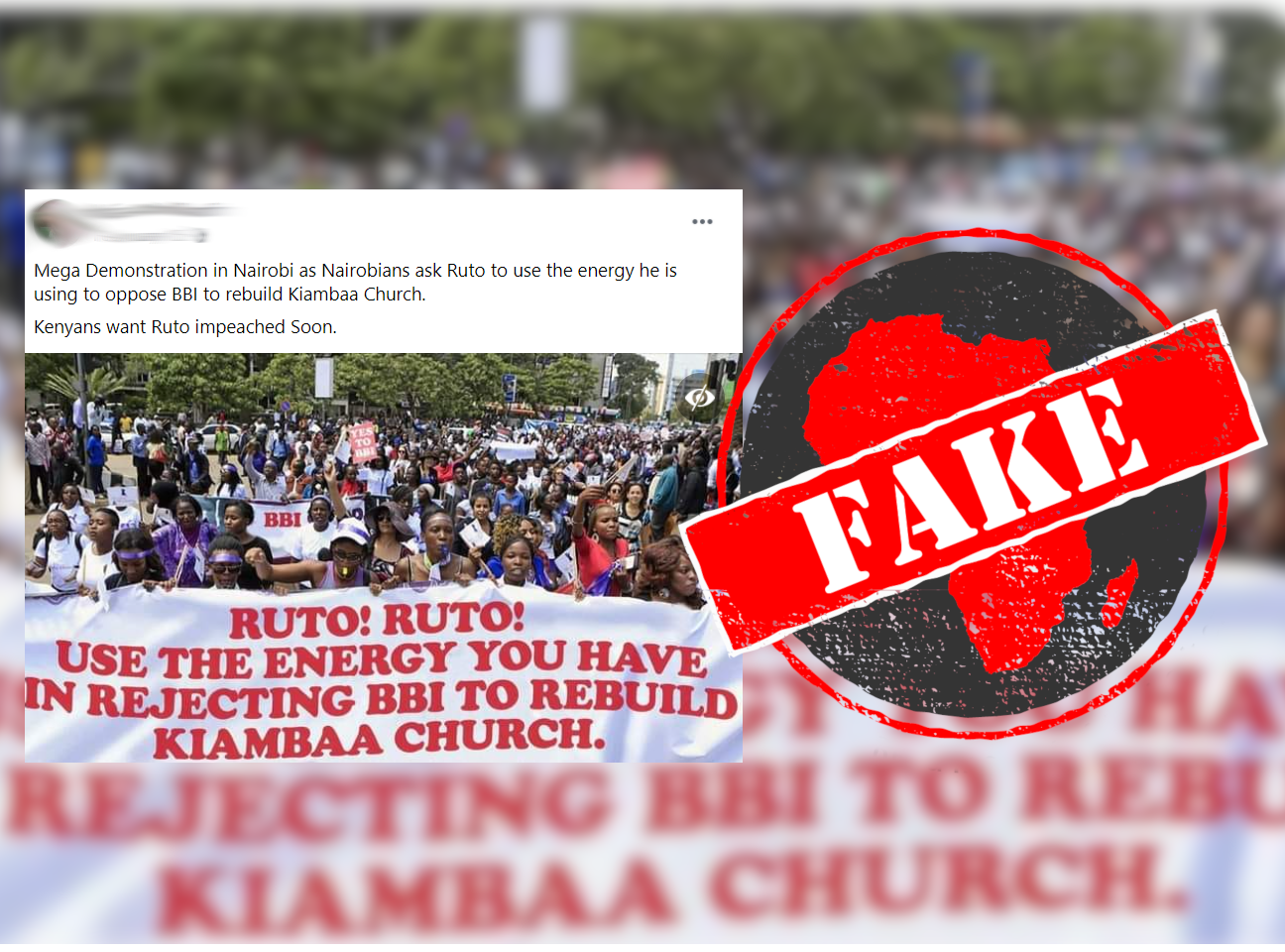 And none of the people in the photo are wearing face masks. Since the Covid-19 pandemic began, most people in Kenya wear these masks, even at political rallies that attract huge crowds. The absence of face masks is a sign that something’s not quite right with the photo.

Protest against gender violence in 2014

A reverse image search reveals the photo was taken in November 2014, and has been manipulated. In the original, the banner the protesters are carrying reads: “Say no to violence against women. My dress, my choice.”

Here the caption reads: “Women take part in a protest along a main street in the Kenyan capital of Nairobi on 17 November 2014. The demonstrators were demanding justice for a woman who was attacked and stripped recently in Nairobi by men who claimed that she was dressed indecently.”