The message first appeared the day after the Independent National Electoral Commission declared Chukwuma Soludo the winner of the 2021 Anambra state governor’s election. The election was held in 20 of Anambra’s 21 local government areas – excluding Ihiala – on 6 November.

But did soldiers kill “many youths” and burn houses in an Ihiala community during or after the election? 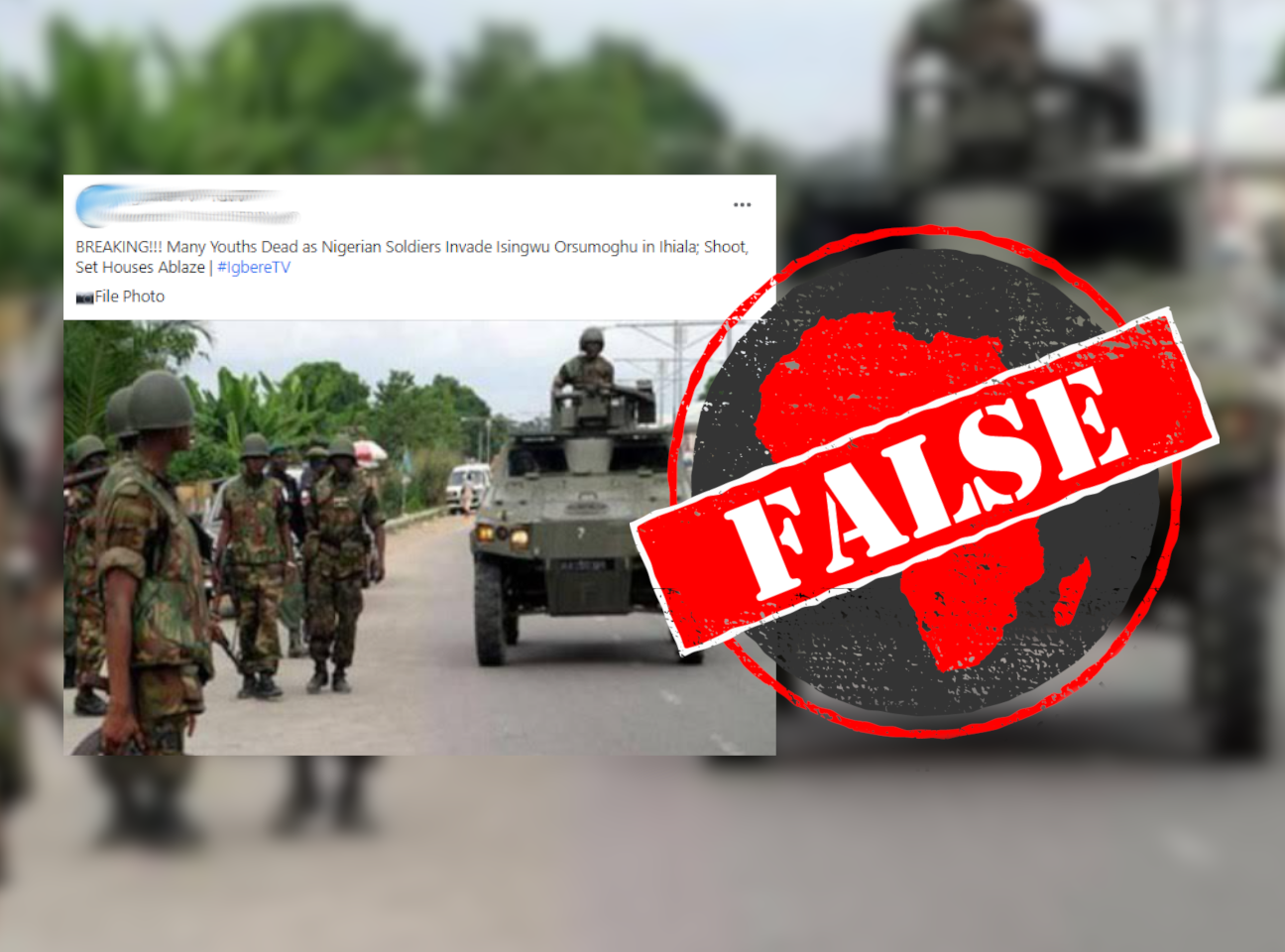 No credible media reports of military invasion in Ihiala

There were dozens of media reports on Ihiala’s election, during and after the polls. None said soldiers had killed young people and burned houses. Given the media scrutiny of the Anambra election, it is unlikely that if the violence had happened it would have gone unreported.

Military invasions in communities in southeastern Nigeria have been well reported since the army began a campaign against the Eastern Security Network, the armed wing of the Indigenous People of Biafra secessionist movement.

The army’s most recent action was in the hamlet of Isingwu in Imama village, Mgbowo in the Awgu local government area of Enugu state on 1 November. Enugu state lies on the eastern border of Anambra state.

On Ihiala’s election day, a report by the Foundation for Investigative Journalism that soldiers had shot a man in the local government area circulated on social media.

It claims that “soldiers from a patrol van opened fire on commuters hundreds of metres away from the LGA headquarters and one fell”. The soldiers then reportedly returned shortly afterwards and took the man’s body.

But police in the state said the report was untrue. Police spokesperson Nkeiru Nwode was quoted as saying: “We don’t have such a report and I don’t think something like that happened.”

There was also a report on the day of a clash in which police, soldiers and immigration officers exchanged fire with gunmen in Mbosi Osumoghu, a community near Anambra state’s southern border with Imo state.

But there were no reported casualties.

And there is no evidence that soldiers killed young people and burned houses in Ihiala, Anambra state, on or around 11 November.