Return to Wonderland: falling back down the White Spiritual Boy Trust rabbit hole

“South Africa does not have a government. It is run by an organised crime syndicate.” That’s a quote by Henry William McCarter, a self-described “ambassador” for the “state of the African diaspora”, in a video widely shared on social media in October 2021.

In the video, McCarter makes several unsubstantiated and absurd claims.

One of these is that, instead of a government, the “Stellenbosch mafia” – an organisation managed by entrepreneur Johann Rupert, South African president Cyril Ramaphosa, and the wealthy Rothschild family – rules South Africa.

McCarter is part of a group whose bizarre claims Africa Check has investigated before. 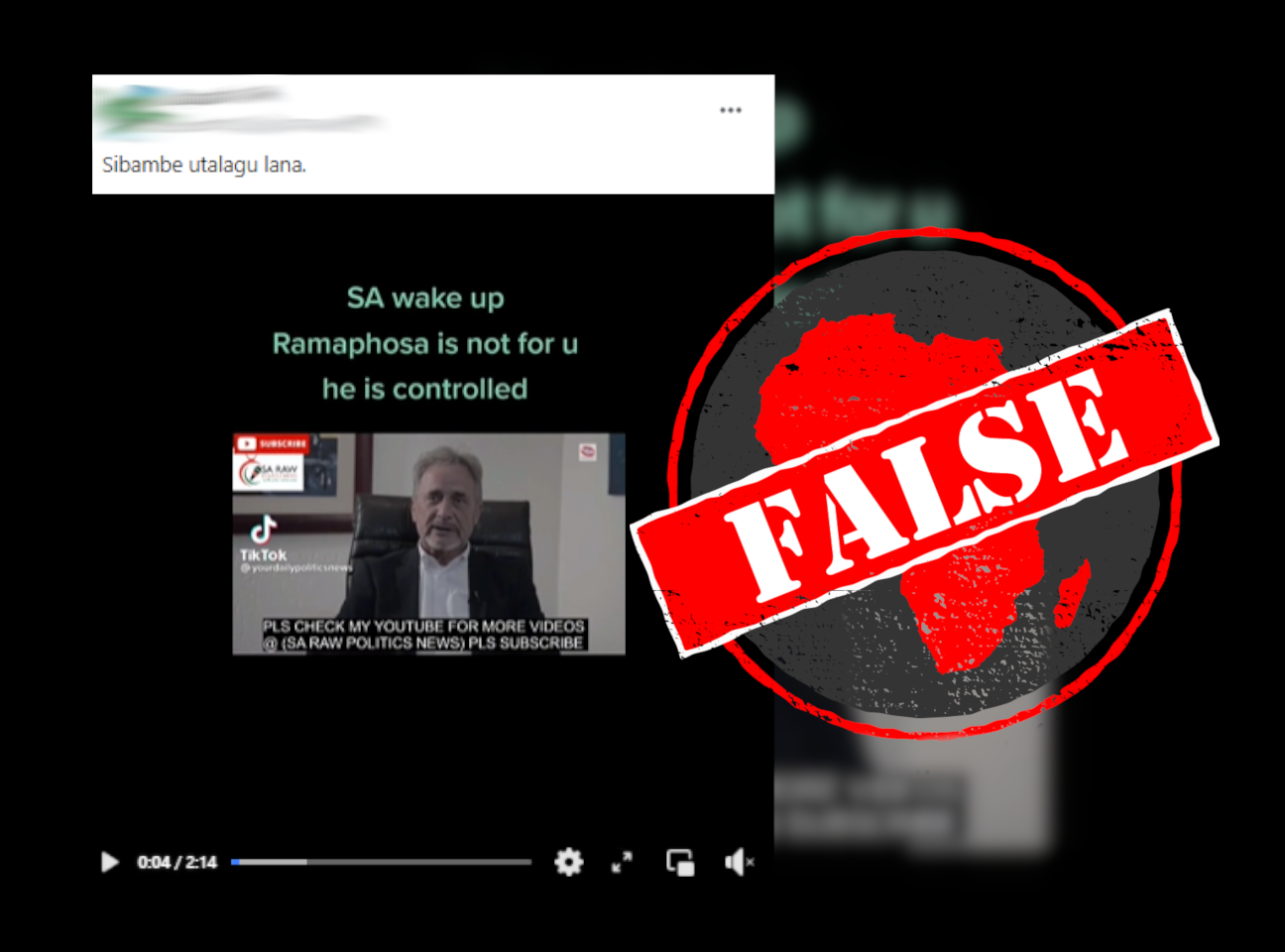 Theft of (more than) all the money on the planet

In June 2021, we reported on a conspiracy theory, touted by McCarter, that Ramaphosa had (among other crimes) stolen more money than the combined gross domestic product of every country on Earth – most of it using a secretive network of bank accounts called the White Spiritual Boy Trust.

The report was titled “Buckle up! We fell down the White Spiritual Boy Trust rabbit hole.” As our researcher Naledi Mashishi wrote, fact-checking the claims turned “very weird, very quickly”.

McCarter’s “state of the African diaspora” is bogus. It has no land and, although it claims recognition by the African Union, does not appear on the AU’s list of member states.

In April, McCarter appeared beside a rather mysterious man named Fanie Fondse, when Fondse filed criminal charges against Ramaphosa for, among other things, stealing all of that planetary money. (Fondse also charged Ramaphosa with stealing more than half of all the gold ever mined.)

When we looked into the White Spiritual Boy Trust, Africa Check and other experts pointed out that there was no evidence to support Fondse and McCarter’s claims. They are at best extremely improbable, if not outright false.

McCarter’s new claims are equally ludicrous. He provides no evidence that South Africa “does not have a government”, and makes several other patently false claims.

Um, yes: South Africa does have a government

South Africa has a government, with multiple branches. And while McCarter claims that the “crime syndicate” that “runs” the country does so through its control of the ruling African National Congress (ANC), this is just one of South Africa’s many political parties.

McCarter also claims that “six months ago Johann Rupert stated in the press that if Cyril Ramaphosa didn’t do X, Y, and Z he would fire him”, and that this “is in writing”.

This is not true. In March 2021, an Independent Media report quoted an anonymous source who claimed Rupert had threatened to withdraw financial support for Ramaphosa and the ANC if the party did not fire Ace Magashule, then secretary-general of the party.

Magashule was suspended by the ANC in May 2021, in line with ANC regulations requiring members facing corruption charges – like Magashule – to step down. There is no evidence that Rupert threatened, in the press or elsewhere, to “fire” Ramaphosa, and the claim that he said he would withdraw support for the ANC is unsubstantiated.

The White Spiritual Boy Trust conspiracy theory lacks any evidence. It may even be amusing, except for the fact that McCarter’s claims about the “crime syndicate” that supposedly runs South Africa ties it to more hateful and dangerous notions.

A who’s who of hate

McCarter says in the video: “This is about saving ourselves from the slavery of the Rothschilds and the rest of the cabal.” This sentiment is probably familiar to anyone who has heard of long-running conspiracy theories.

As Britannica explains, the Rothschild family has been the subject of many conspiracy theories – particularly ones targeting its Jewish heritage – since as early as 1846. And it is common for similar conspiracy theories to target Jewish people in general.

According to the Anti-Defamation League, an “anti-hate organisation” founded in 1913 to combat a wave of antisemitism and bigotry in the US, a common antisemitic conspiracy theory is that Jewish people are “in control of banks, the media, industry, government”.

McCarter mirrors this theory by claiming that a “crime syndicate” run in part by the Rothschild family “controls all of the banks” as well as the South African government.

McCarter’s comments about “the cabal” also link his claims to movements like QAnon, a similarly racist and otherwise antisemitic conspiracy theory that claims US celebrities, and world leaders, are secretly part of a satan-worshipping cabal.

These theories are hateful. They are false. And they have led to violence.