“Exclusive: Ruto assassinated Nkaissery,” reads the headline of what seems to be the front page of the 5-7 August 2022 issue of Kenyan newspaper the Star.

Text below the headline reads: “It is now emerging that the former Interior CS [cabinet secretary] had initiated a review of a contract awarded to Matiny Ltd, a company owned by the DP [deputy president], which was to provide police housing for 3.5 billion a year.”

Nkaissery died at Karen hospital in Nairobi on 8 July 2017, just a month before Kenya’s most recent general election. Local media reported he died of a heart attack according to the family’s pathologist.

Ruto is running for president on the United Democratic Alliance party ticket. The party is part of the Kenya Kwanza coalition.

He will face Orange Democratic Movement party leader Raila Odinga who heads the Azimio la Umoja One Kenya coalition, as well as two other candidates, in Kenya’s upcoming 9 August 2022 elections.

The front page has been shared here, here, here and here.

But did the Star really report that Ruto assassinated the former cabinet secretary? We checked. 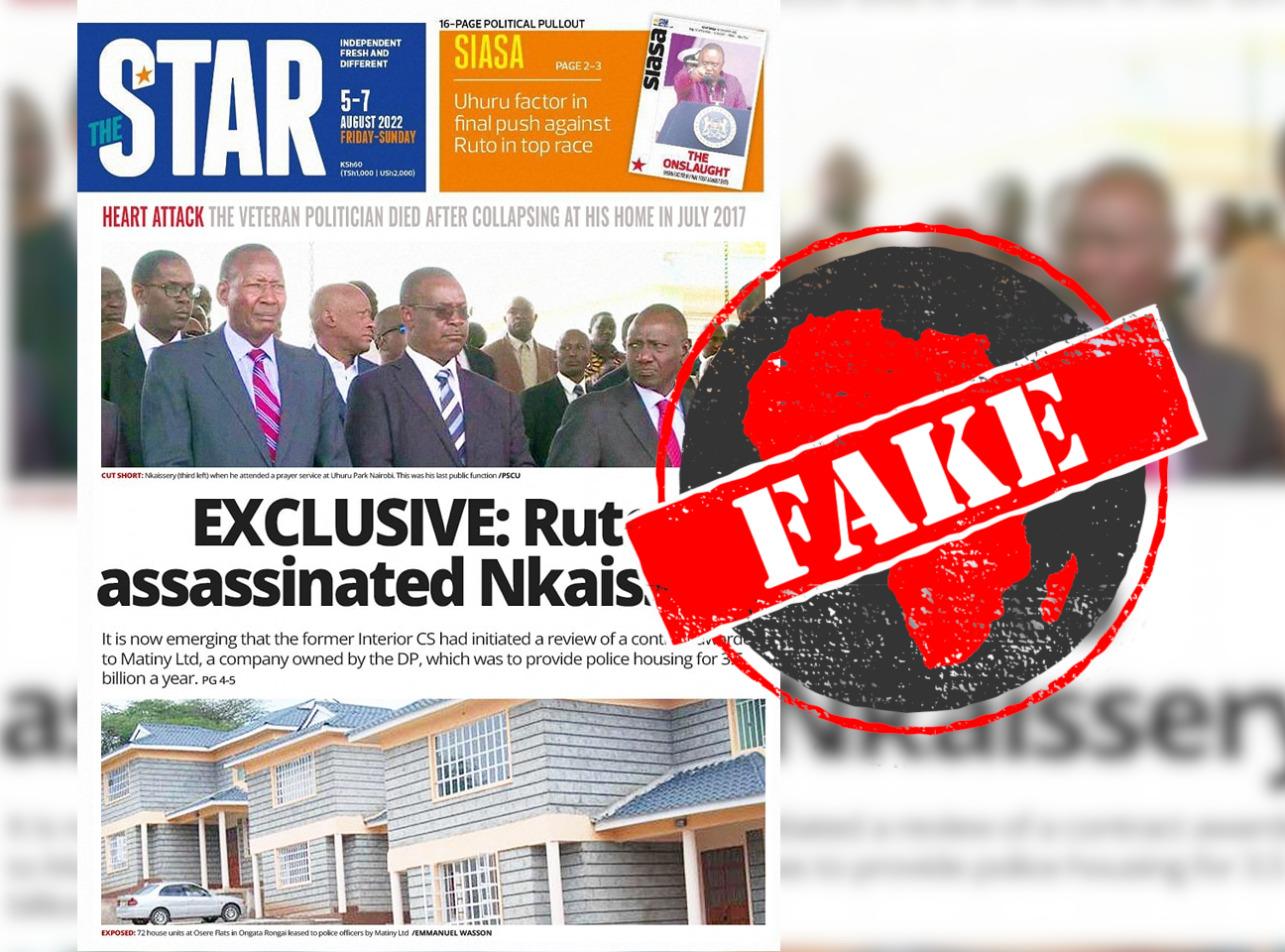 The Star often posts its front pages on social media. We looked for the 5-7 August issue on Facebook and found it.

The front page features two photos – one of Ruto and another of Odinga, both on the campaign trail.

The version circulating elsewhere on Facebook has been altered. And the Star has labelled it “fake”.