Ruto sworn in as Kenya’s president in August 2022? No, manipulated video taken from 2017 deputy presidential oath of office

A video posted on TikTok on 7 August 2022 appears to show Kenyan president-elect William Ruto taking his oath of office as president.

In the clip, he appears to swear that he will “always, truly and diligently serve the people and the republic of Kenya in the office of president”.

Kenya held general elections on 9 August. Less than a week later, on 15 August, the electoral commission declared Ruto president-elect. The politician served as deputy president from 2017 until this year.

Raila Odinga, his closest rival in the presidential race, has challenged the election result in the supreme court. The court is set to rule on his petition on 5 September.

Does the video really show Ruto taking the oath of office as Kenya’s new president? 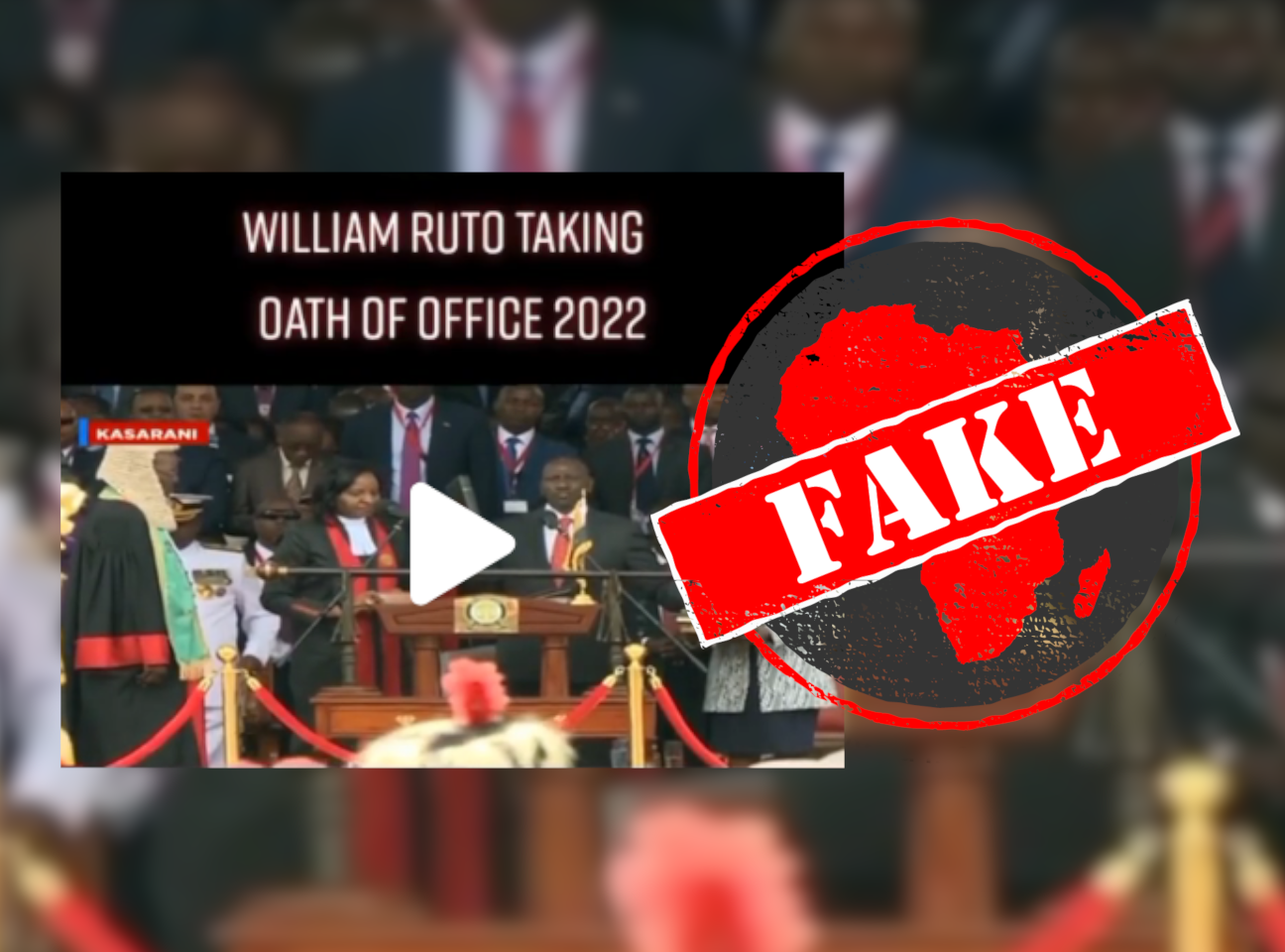 The first and most obvious sign that all is not as it seems is that the video was posted on TikTok two days before the election. And until Odinga’s petition is determined, Ruto cannot be sworn in.

And there are clues that the video has been manipulated. When you listen closely, you can hear a shift in the audio, just before the word “president”.

Further, at the 55-second mark Ruto is oddly heard pledging to give his counsel when required “to the president of the republic of Kenya”.

Figuring that the video must show Ruto taking the deputy president’s oath of office in 2017, we searched online using the keywords “William Ruto oath”.

This led us to a YouTube video uploaded on the NTV Kenya channel on 28 November 2017. This was after an October rerun of the presidential and deputy presidential election.

Ruto was the running mate of outgoing president Uhuru Kenyatta.

In the original video, Ruto says: “I, William Samoei Ruto do swear that I will always truly and diligently serve the people and the republic of Kenya in the office of the deputy president.”

The word “deputy” has been edited out of the TikTok video.

And the lower third of the frame has been cut out. On the original video, a chyron that reads: “INAUGURATION DAY IN KENYA”. It adds: “PRESIDENT KENYATTA SWORN IN FOR SECOND TERM”.

Another indication that the video is from 2017 is that the judge in the swearing-in ceremony is former chief justice David Maraga.

Maraga retired in 2021 at the age of 70, as required by Kenya's constitution.