Kenyan deputy president William Ruto announced on 15 May 2022 that he had picked Mathira constituency MP Rigathi Gachagua as his running mate for the 9 August presidential elections.

Days later, what seemed to be the front page of the Star newspaper’s 19 May issue started circulating on social media with a shocking claim about the MP.

Its summary adds: “In damning revelations that could alter the 2022 presidential election equation, Catherine Kirumba Gakuru has accused DP Ruto's running mate Gachagua of murdering her husband.” The page shows a photo of Catherine Gakuru.

Wahome Gakuru died in a road accident along the Nyeri-Nairobi highway on 7 November 2017 while heading to the capital for a media interview. An inquest into his death continues.

But did the Star really report that Gakuru’s widow had accused the deputy president’s running mate of murder? We checked. 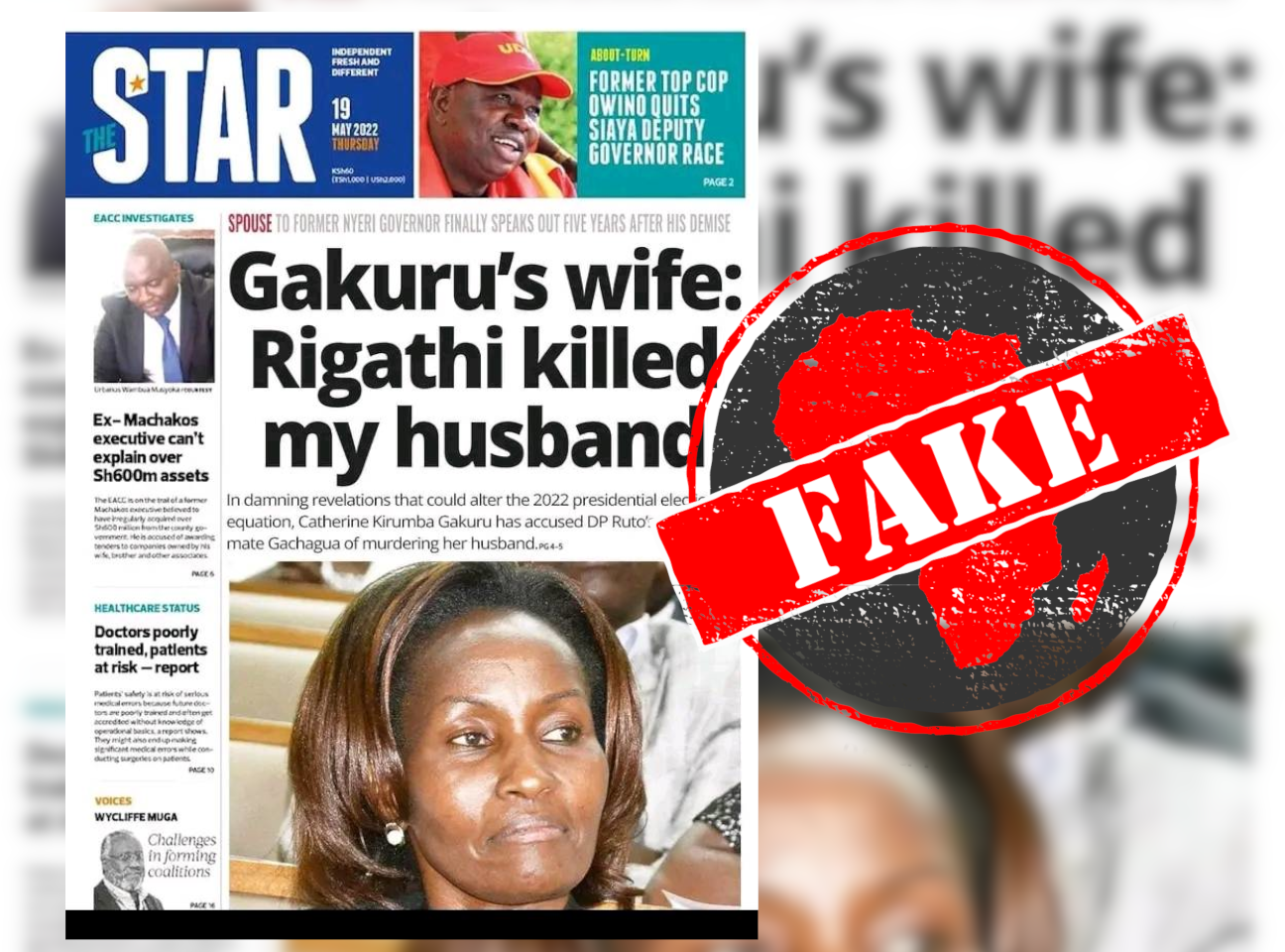 The page is fake. The legit front page headline of the newspaper’s 19 May edition reads: “Karua pick lifts Raila past Ruto in top job race.”

The summary explains: “New surge comes at a time Azimio has been in turmoil, with key allies, including Wiper leader Kalonzo, abandoning Raila.”

The real front page shows photos of Ruto and Raila Odinga, his main rival for the presidency, with their running mates.

On the same day, the Star posted the bogus front page on Facebook, stamped “fake”.