A Facebook account calling itself “Charles Ndiwa General” has been advertising jobs in the Kenya Defence Forces (KDF).

The account, which appears to belong to an army general living in Nairobi, Kenya, asks potential recruits to “inbox for connection” on posts in Facebook groups with a huge following.

But are the jobs advertised and the account genuine? 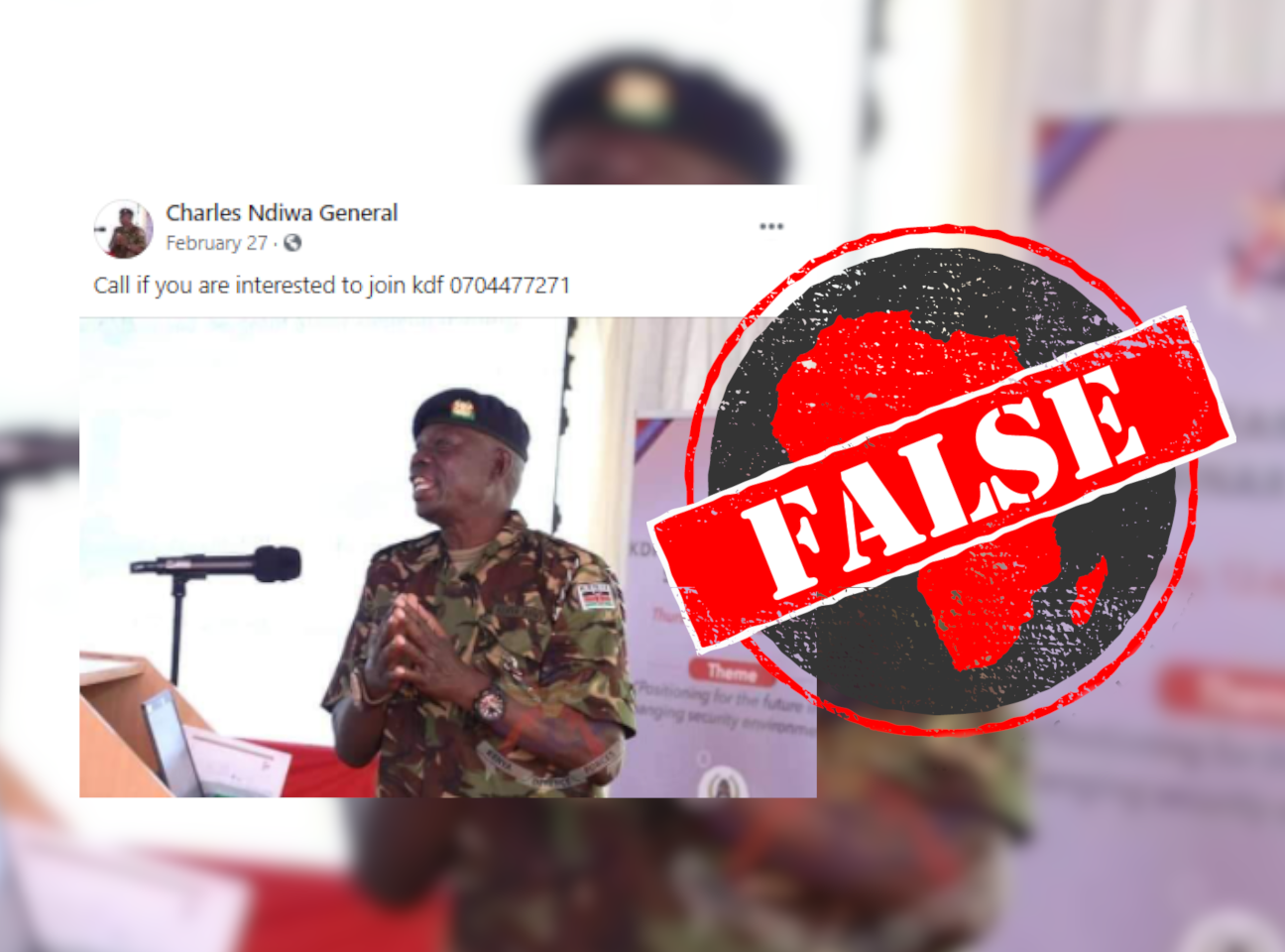 Africa Check phoned the number listed on Facebook for more details. A man told us soldiers at Moi Barracks in the city of Eldoret in western Kenya were regularly replaced, and he could offer “opportunities” for new recruits there.

He asked how much cash we would pay for this and told us we would have to be ready with an amount between KSh500 and KSh2,000 as a “processing fee” for the “calling letter”.

When we tried to arrange an in-person meeting at the barracks, promising we’d bring the documents and cash, he insisted we would first have to pay KSh200 “for the calling letter”.

All of this seemed very suspicious. As we’ve reported before, in our guide to avoiding Facebook scams: “Being asked to pay upfront is a clear sign that something is fishy. Job offers and giveaways from legitimate companies don’t come with a fee.”

The same is true of government institutions, like the KDF.

In January 2021, the KDF warned the public against falling for fake recruiters on their official Facebook page.

“Beware of criminals selling fake recruitment calling letters. The only genuine letters are free and will be issued at the recruitment centres,” part of the post read. “Expose these criminals through this platform, your nearest Police station or call the Military Police on 0726419709”.

In 17 May, the KDF again cautioned against “tricks by con men and women” on Facebook.

“The public is hereby informed that KDF is not recruiting. There is no such thing as replacement or connections. Beware of tricks by conmen and women and continue to expose them,” they said.

The account asking those interested in army jobs to “inbox for connection” is run by a conman, and his posts should be ignored.