In March 2021 four prominent politicians from different parties launched the One Kenya Alliance, with the reported aim of “presenting Kenyans with a fresh alternative” to the country’s “toxic” politics.

In April, a few weeks after the launch, a graphic in which Moi seems to complain about the other leaders demanding money started circulating on Facebook.

The graphic shows a photo of Moi next to a quote: “Wetangula asked for a deposit of KSh 300M to join the One Kenya Alliance. Mudavadi wants assurance that I will wholly fund the coalition's activities. The demands don't cease.”

One version of the graphic has the logo and address of the Nation website, while another carries the logo of the KTN News TV network. Both are reputable media houses in Kenya.

The graphic has been posted on at least 13 groups with more than 600,000 combined followers. And at least 40 users have posted it on their timelines, with various comments.

But did Moi really say this, and Nation and KTN News report the quote? We checked. 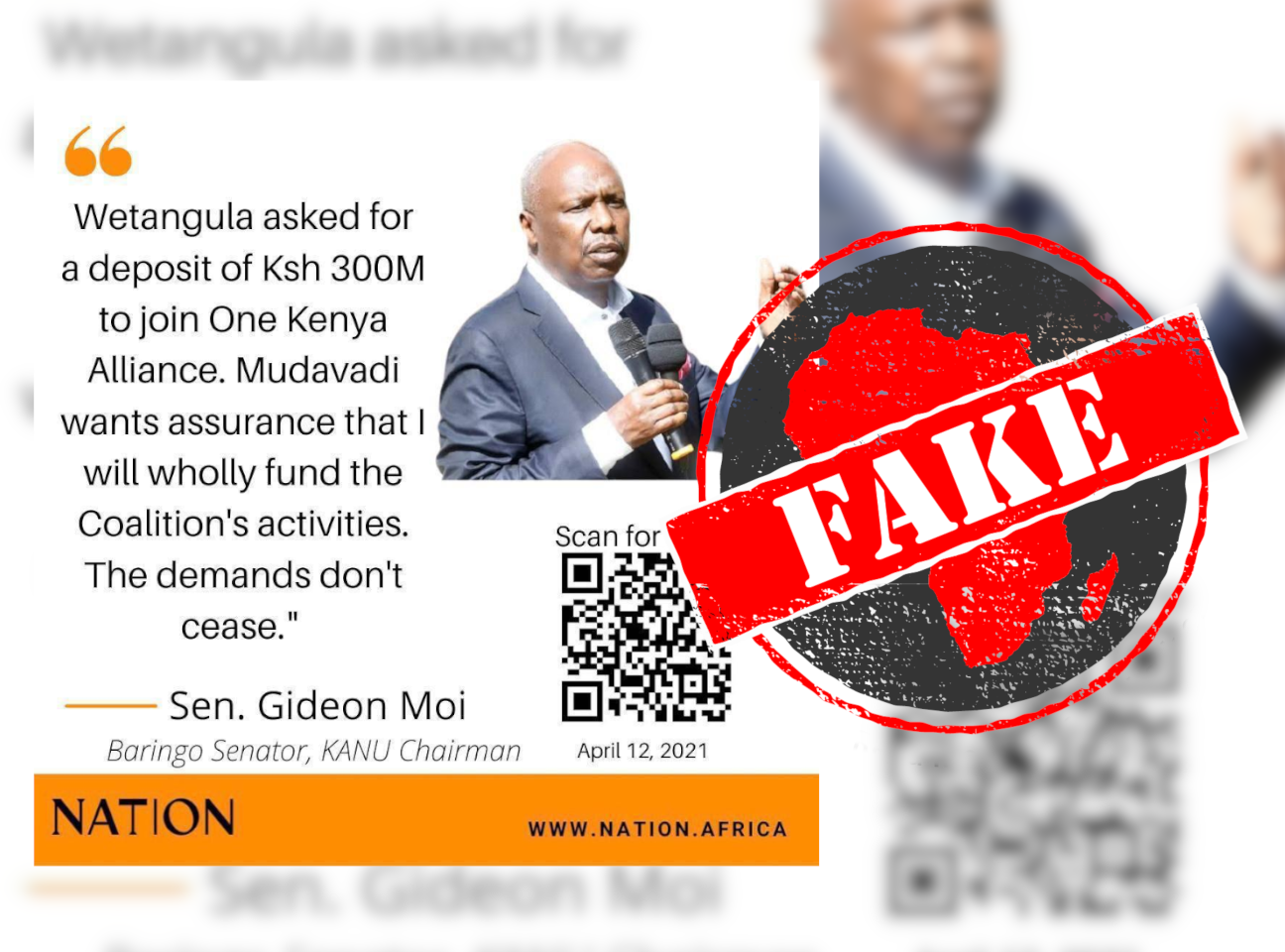 Africa Check searched for the graphic on the KTN News Facebook and Twitter pages and could find no evidence of it. And the graphics the TV network regularly posts on its social pages look completely different.

We did find the graphic in a post on the Nation Facebook page, dated 13 April – and stamped “fake”.

“Please be advised that the quote doing rounds on social media is a fake,” the post reads. “Do not fall for fake news.”

No, Nigeria’s transport minister did not say he regrets joining the ruling party