Scammers on Facebook have a new and sneaky trick – editing their posts.

Africa Check discovered this recently when we investigated an odd false claim that a serial killer was stalking cities across the US.

The wording of the claim was exactly the same, changed only for the name of the city. And each version used the same photo, the mug shot of a prisoner serving time in the US state of Tennessee.

We then found out that once the serial killer message had been shared enough by unsuspecting Facebook users, it was edited. Its wording was completely changed, replaced with a scam. The scam offered users a “free” US$1,000 if they opened a Go2Bank account, and then linked to a dodgy website.

The other odd thing about the scam was that it was often posted on local community websites in the US by Facebook users in Zimbabwe, one of South Africa’s northern neighbours.

At the time we thought the users’ accounts had been hacked, as they seemed to be ordinary people with regular friend lists and everyday posts. But we couldn’t be sure. 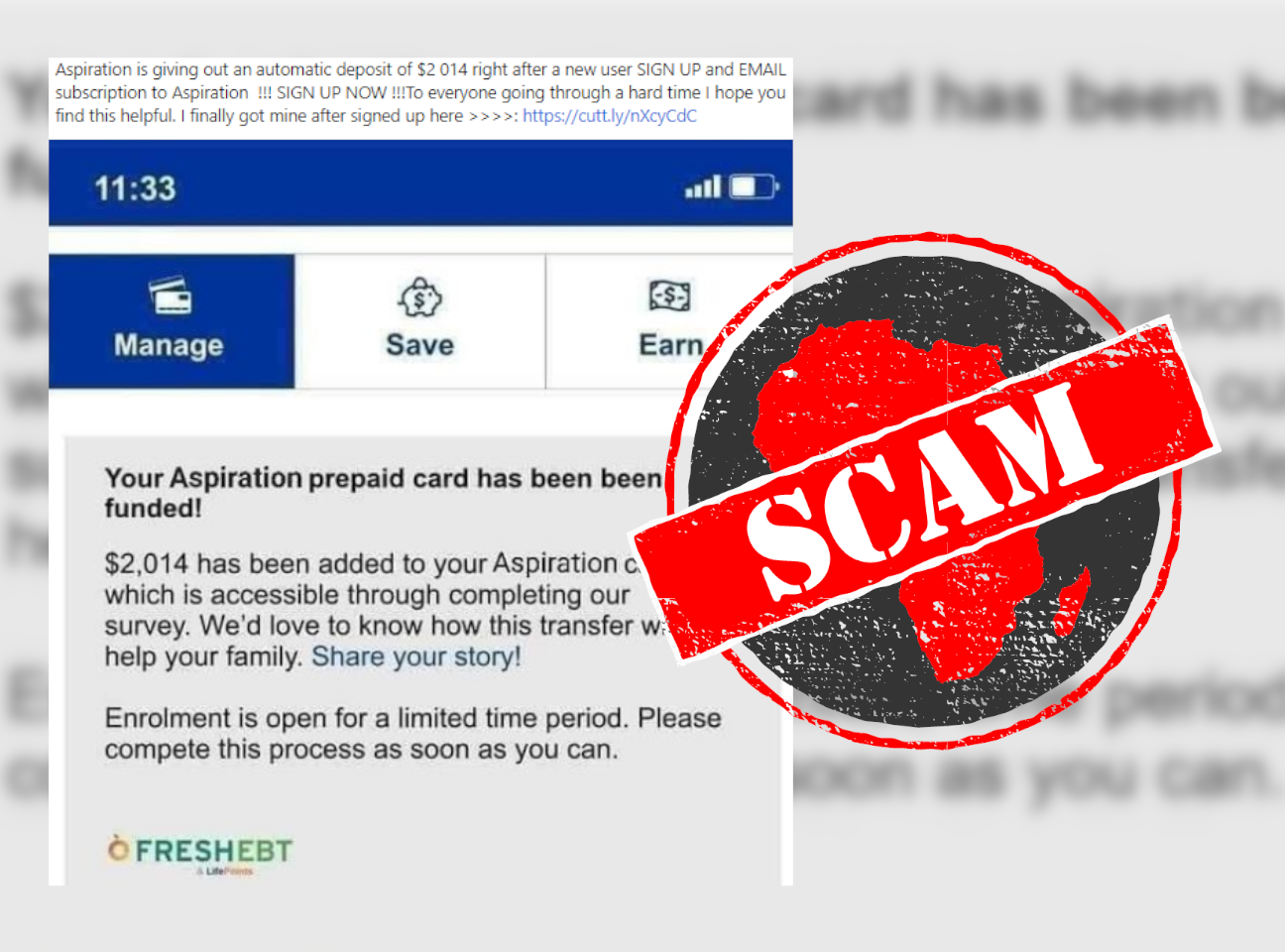 The plot thickened after we fact-checked another odd claim, again posted on local US community Facebook pages, again often by Facebook users in Zimbabwe.

This time, the claim was a missing child alert: “Found this girl wandering behind our apartment today. I can not find her parents and my neighbors are clueless how she got here, please help me find her parents.”

It used exactly the same wording and the same photo of a little girl in a blue onesie. But it was posted in Facebook groups based in cities across the US – from Bakersfield, California to Little Rock, Arkansas – all within two weeks or so.

We also found evidence that hacking of Facebook posts was indeed involved.

Africa Check concluded that this was a phishing scam – an attempt to strike up a conversation with concerned Facebook users and eventually steal their valuable information and possibly get them to send money.

But there’s more to it than that.

Then a scam Facebook post popped up on the feed of possibly false claims fact-checkers use in the Meta third-party fact-checking programme. It had been reported as false by several Facebook users.

It reads: “Aspiration is giving out an automatic deposit of $2 014 right after a new user SIGN UP and EMAIL subscription to Aspiration !!! SIGN UP NOW !!!To everyone going through a hard time I hope you find this helpful. I finally got mine after signed up here.” It then links to a dodgy website.

The wording was strikingly similar to the Go2Bank scam. So we looked at the post’s edit history.

And there it was. When the post was first published, it was the notice about the missing girl in the blue onesie: “Found this girl wandering behind our apartment today. I can not find her parents and my neighbors are clueless how she got here, please help me find her parents.”

It was then edited and replaced with the scam offering “automatic deposit of $2 014” to users who open an Aspiration account. You can see the edit history by clicking the three dots on the top left of the post. We also took a screengrab, which you can see here.

Aspiration is a real US-based banking service that specialises in climate-friendly investments. But it has nothing to do with the Facebook scam.

Africa Check found that, before editing, the Aspiration scam had also first been posted as a missing dog alert. Religious messages have also been used.

To help protect yourself against online fraudsters, see our guide to Facebook scams and how to spot them.