“Armed robbers tie up staff, sell fuel for 3 hours,” reads the headline of a newspaper clipping posted on Facebook in April 2021.

Its photo shows a petrol station with cars parked near the fuel dispensers, captioned: “One of the service stations that was robbed.”

The clipping was posted with the comment: “Good evening Africa… This happens only in SA.”

Did the incident happen in South Africa? We checked. 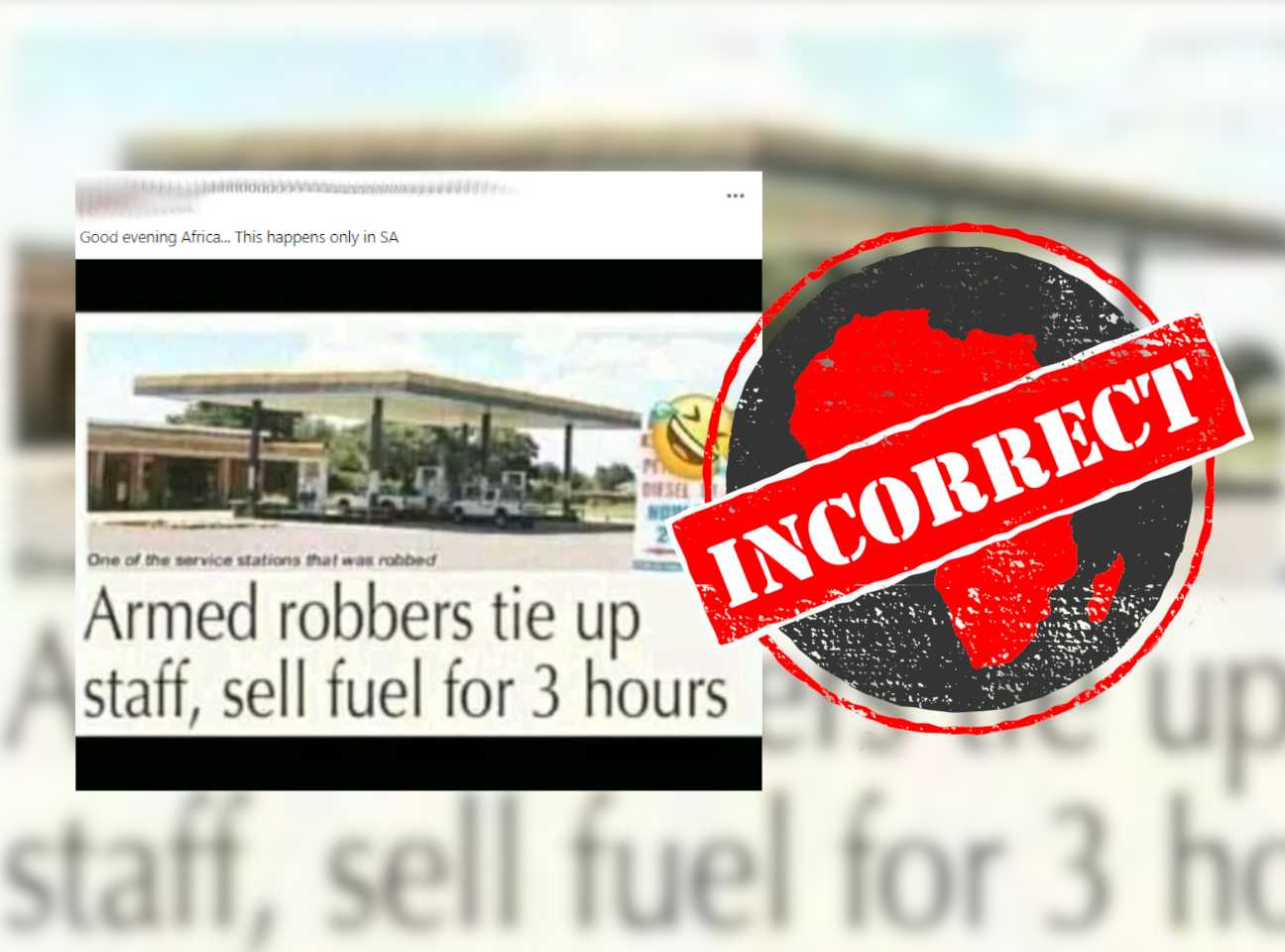 Comments on the post point out that a sign at the entrance to the station – partially covered by a laugh emoji added to the digital image – shows the price of diesel in dollars. In South Africa, fuel is sold in rands, the local currency.

A Google reverse image search of the photo led us to several news reports on the incident, with the same headline, on Zimbabwe-based websites.

According to the reports, the robbery took place in early March at the Amakhosi Service Station on the Bulawayo-Victoria Falls road near Bulawayo, a city in the southwest of Zimbabwe.

“They then tied them with shoe laces before serving motorists and collecting cash for about three hours.”

The robbery was in Zimbabwe, not South Africa.