IN SHORT: Kenya, Tanzania and Malawi tend to be conservatively Christian. A pastor running an against-the-grain church in these countries would be unlikely.

A claim that a Tanzanian pastor has opened a “sex church” in neighbouring Kenya continues to circulate on Facebook.

Most versions include five photos. Four show a man in priestly clothes taking turns to kiss two women. One of the women also wears a cassock. The other is in everyday garb.

The fifth photo shows a man who looks a lot like the man in the other photos. He’s holding an open bible – and swigging a bottle of beer.

The caption begins: “The world is coming to an end.”

It continues: “Tanzanian pastor opened an s*x church in Kenya, In this church, they drink beer have one hour of s*x with whoever is seating next to you, exchange wives and husband for sexual desire, teaching women not to be jealous when the husband wants to have s*x with other ladies.”

A similar post claims the pastor is planning to open “sex church” branches in South Africa and its Southern African neighbour, Malawi.

The claim has been circulating on social media – with photos and videos – since 2018.

“Pastors”, “preachers” and “prophets” in African countries have over the years attracted unflattering headlines. They have been reported to be robbing, inciting, and misleading congregations.

Kenya, Tanzania and Malawi are reportedly deeply Christian, with populations conservative in their beliefs.

Who is the man in the photos, and where is he from? Would his supposed “sex church” attract believers in Kenya, Tanzania or Malawi? And does it exist? We checked. 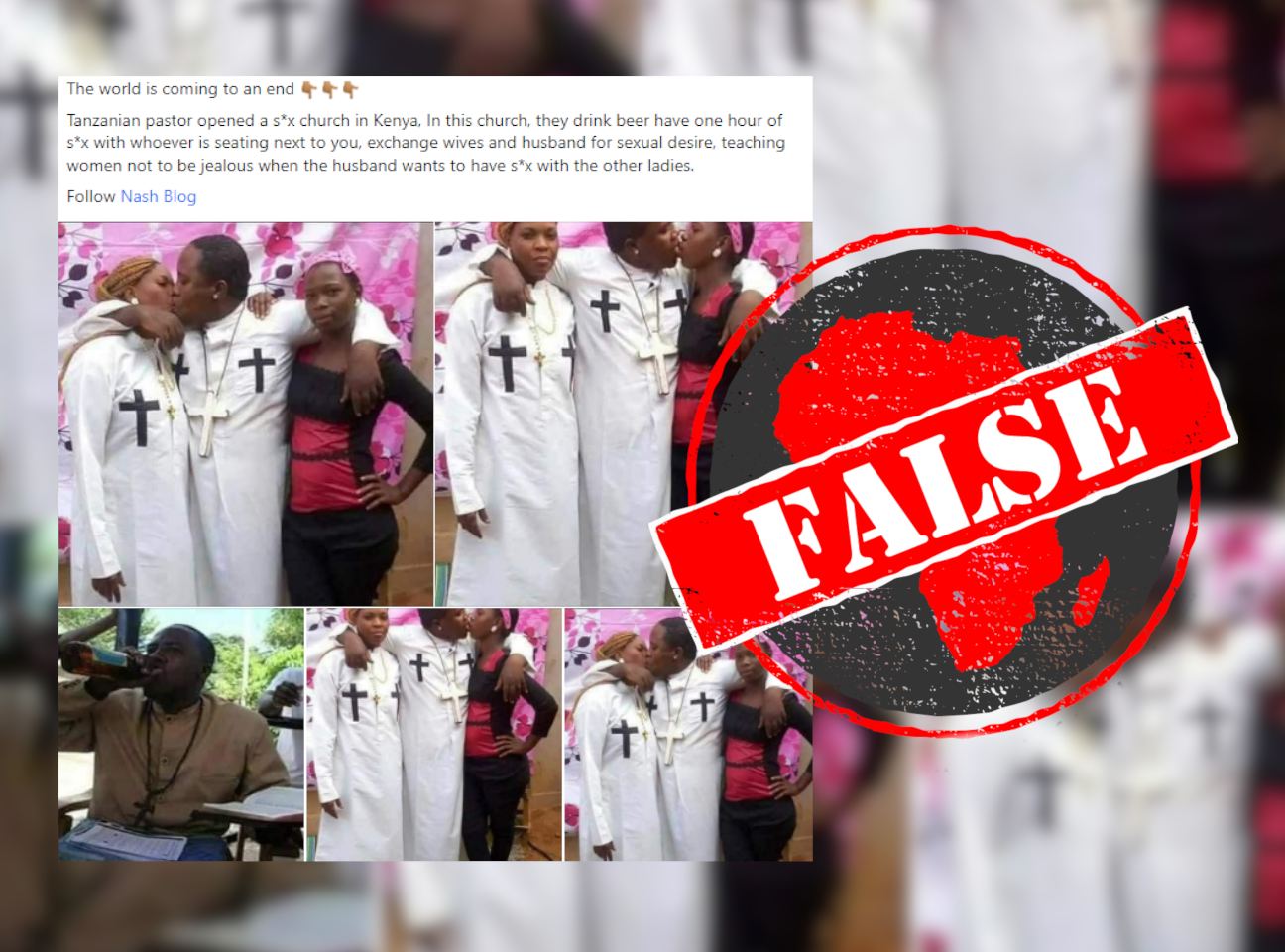 A Google reverse image search of some of the photos led us to an article published on the Standard’s website on 27 January 2018. The Standard is a Kenyan newspaper.

The article says the photos show controversial 44-year-old self-proclaimed prophet Onesmo Machibya, popularly known as Nabii Tito. Tanzania’s police have found him to be mentally ill, the article says. But it doesn’t explain how this was established.

The Standard identifies the two women Machibya is photographed kissing. The one in a cassock is his wife. The other is the couple’s domestic worker.

The man in the photos is indeed Tanzanian, but there have been no reports that he has established a “sex church” in Kenya – or any other mainly Christian African country. If he had, it would have caused an uproar.

Photo of pregnant nun? Church says no, her appearance is due to ill health