“Iziqhumane ZaKwaZulu…Silindile #Nkandla,” reads a tweet posted by Dudu Zuma-Sambudla, a daughter of former South African president Jacob Zuma, on 1 July 2021. That’s isiZulu for: “Shooters out in KwaZulu ... we are waiting.”

The tweet includes a video of hands cocking an AK-47 rifle and shooting bullets into a night sky. A second person then shoots upwards from a smaller gun. The audio includes a song in isiZulu, one of South Africa’s 11 official languages.

Neither the shooters nor their location can be identified.

On 29 June 2021 South Africa’s Constitutional Court sentenced Jacob Zuma to 15 months in prison for contempt of court for, in part, “violating the authority of the court and repeatedly attacking the dignity of the judiciary”. The court gave Zuma five days to present himself to the police station near his homestead in Nkandla or to a station in Johannesburg.

In response, Zuma’s supporters reportedly vowed to gather outside his homestead in Nkandla in KwaZulu-Natal province to plan a resistance campaign.

But does the video posted by Zuma’s daughter show shooters in KwaZulu-Natal, while the ex-president’s supporters “are waiting”? We checked. 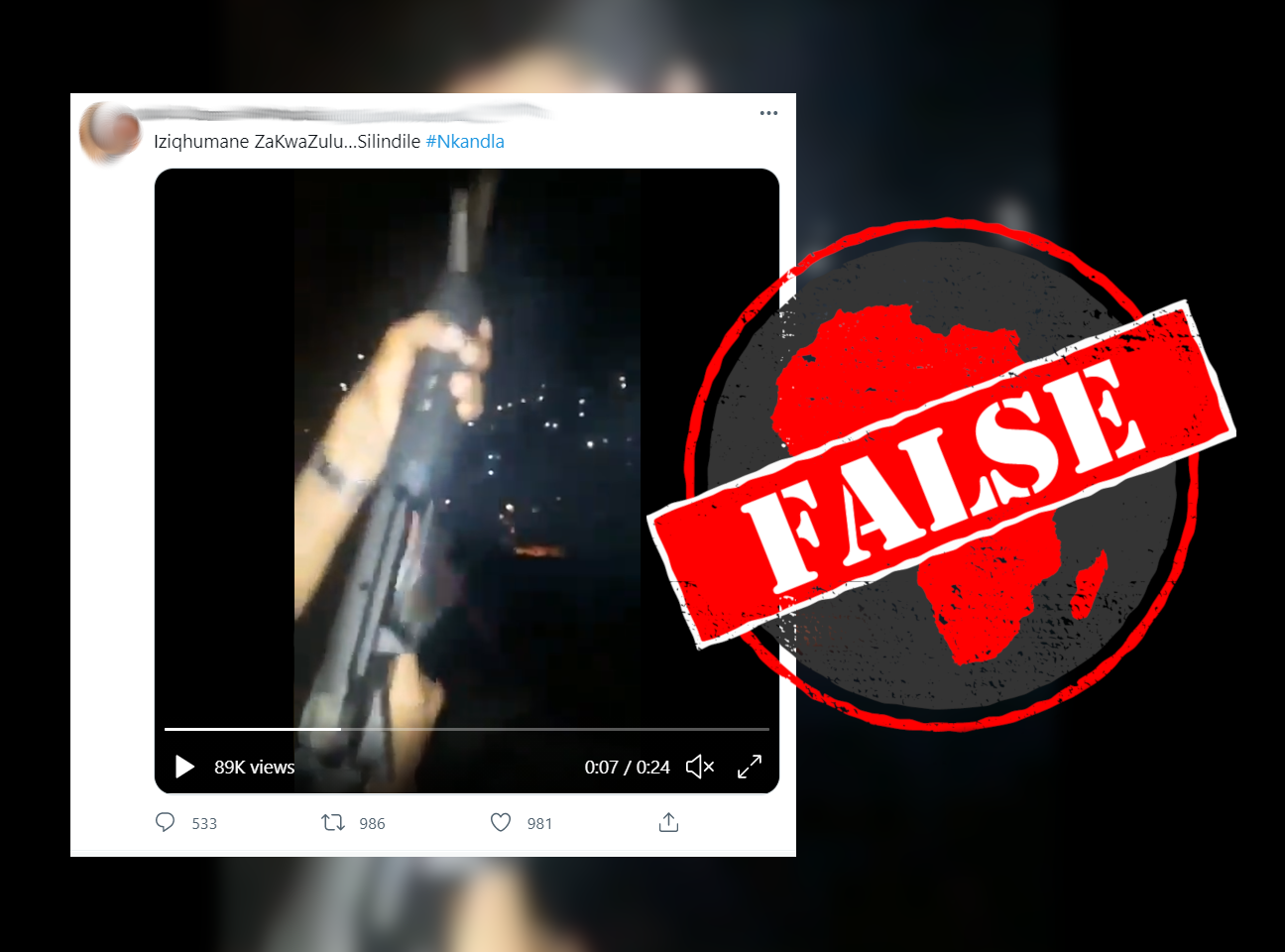 ‘Criminals test their weapons’ in Caracas

A machine translation of this reads: “Thus began the weekend at Cota 905, in Caracas. Criminals test their weapons, mark territory and sow terror in the neighbourhood.”

The audio in the original video includes a song that is not in isiZulu or any other South African language.

Caracas is the capital of Venezuela. Cota 905 is an area of the city controlled by gangs.

The viral tweet posted by Dudu Zuma-Sambudla, a daughter of former president Jacob Zuma, was not taken in South Africa this week. It was taken in Venezuela in 2019 and the audio has been manipulated.