IN SHORT: A screenshot circulating online claims a top official from the African National Congress has apologised for comments made around the announcement of preferred candidates for the party’s national executive committee. But it’s fake.

Screenshots of what appears to be an article from South African newspaper City Press have been doing the rounds on Facebook.

The headline in the screenshots reads: “Kgalema apologises on ANC nomination rhetoric - admits privately about pressure from Ramaphosa.”

Kgalema Motlanthe is the electoral committee chairperson of the African National Congress, or ANC, South Africa’s ruling political party. He briefly served as president of the country from September 2008 to May 2009 and was deputy president under Jacob Zuma from 2009 to 2014.

The posts on social media appeared in late September 2022 after the ANC in KwaZulu-Natal province, in the east of the country by the Indian Ocean, announced their preferred candidates for the party’s national executive committee.

The ANC is holding its elective conference in December.

After the announcement out of KwaZulu-Natal, Motlanthe warned the party’s political structures not to make these decisions public ahead of the conference.

But has he since apologised for “ANC nomination rhetoric” or said he faced “pressure” from ANC and country president, Cyril Ramaphosa? We investigated. 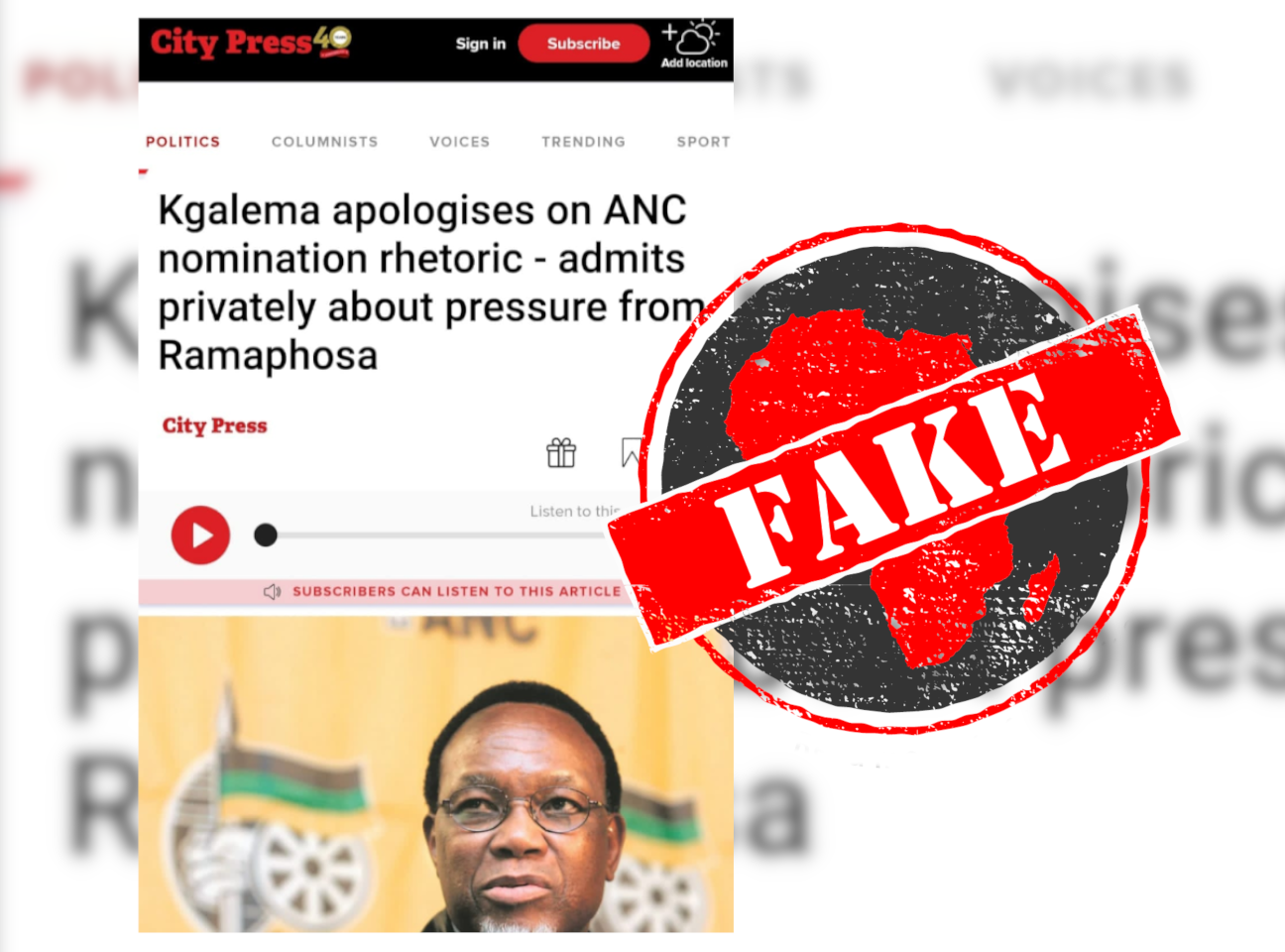 “Fake news,” the caption of the post reads. “City Press has been alerted to a fake poster making the rounds on social media about former president Kgalema Motlanthe.”

It said the newspaper “distances itself from the poster” and hadn’t published such a story.

City Press also linked to the original article which appears to have been digitally manipulated. It was headlined “Kgalema warns provinces on ANC nominations”.

We found no evidence Motlanthe has apologised for this warning.