A screenshot circulating on Facebook and Twitter shows a photo of South African transport minister Fikile Mbalula – and attributes a ridiculous quote to him.

“It is not important to know how many potholes we have in this country,” the quote reads. “What is important is the fact that these potholes produce very good drivers.”

It continues: “The best drivers in the whole world are from here in South Africa. Through dodging, ducking and diving potholes, our people have become the best in driving compared to the rest of the world.”

But did Mbalula really say this? 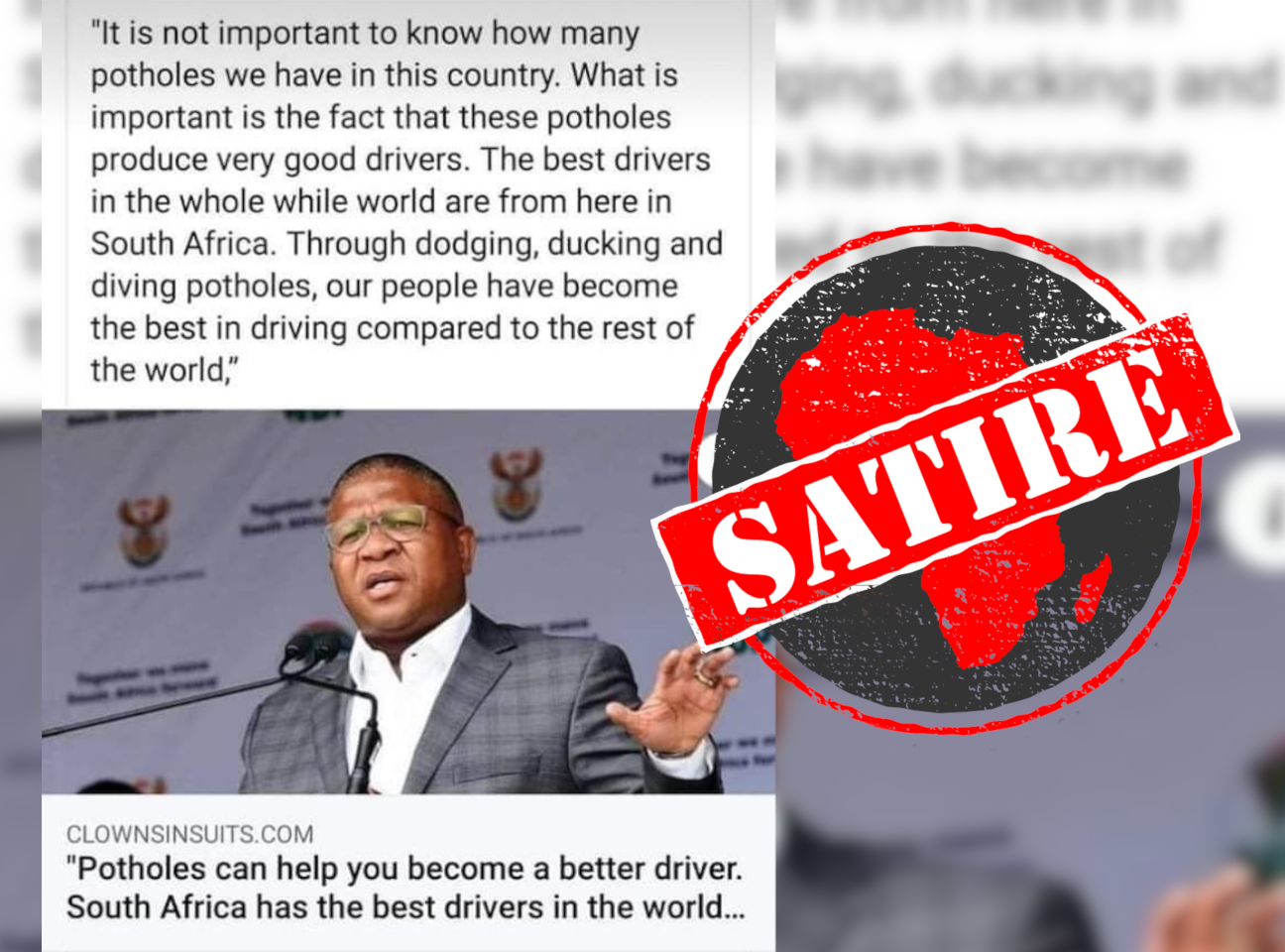 The screenshot includes the URL of a website: clownsinsuits.com. Africa Check visited the website – Clowns in Suits – and found an article containing the quote published there on 6 April 2022.

Its long headline reads: “‘Potholes can help you become a better driver. South Africa has the best drivers in the world because of potholes’, Transport Man”.

But the website repeatedly warns that its articles are satire.

“Clowns In Suits is a satirical newspaper and website,” reads a disclaimer in its “about” section and at the bottom of each page. “Clowns In Suits uses invented names in all its stories, except in cases when public figures are being satirized. Any other use of real names is accidental and coincidental.”

The article shows a photo of Mbalula, but doesn’t attribute the quote directly to him. Instead, it says the words are by “Transport minister in South Africa sister Fikile Lolo Mbalula”. (His full name is Fikile April Mbalula.)

But some social media users seem to think the quote is real.

One Facebook user posted it with the comment, in Afrikaans: “Mooi man!! Darem los dit een probleem op. Is dit n minister hierdie wat so skerp is?” This roughly translates as: “Beautiful!! At least this solves a problem. Is this a minister who is so sharp?”

And on 21 April, Mbalula himself posted the screenshot on Twitter, stamped “Fake News”.