Space around Earth littered with junk, but it rarely damages satellites

“Space junk” orbiting Earth – roughly 272,155 kilograms of it – damages a satellite every year, claims a graphic posted on Facebook and viewed over 35,000 times.

Text in the graphic reads: “There are 600,000 pounds of space junk that damage roughly one satellite per year.”

A satellite is an object in space that orbits a larger astronomical body. They can be natural – the Earth’s moon is a natural satellite, while in turn Earth is a satellite of the sun. But the word usually refers to artificial satellites, machines launched into space from Earth for a specific scientific purpose, like monitoring the weather, communications, or observing faraway solar systems.

The most famous and largest of these is the International Space Station (ISS) which serves as a home for crews of astronauts from five different international space agencies when they are in space. 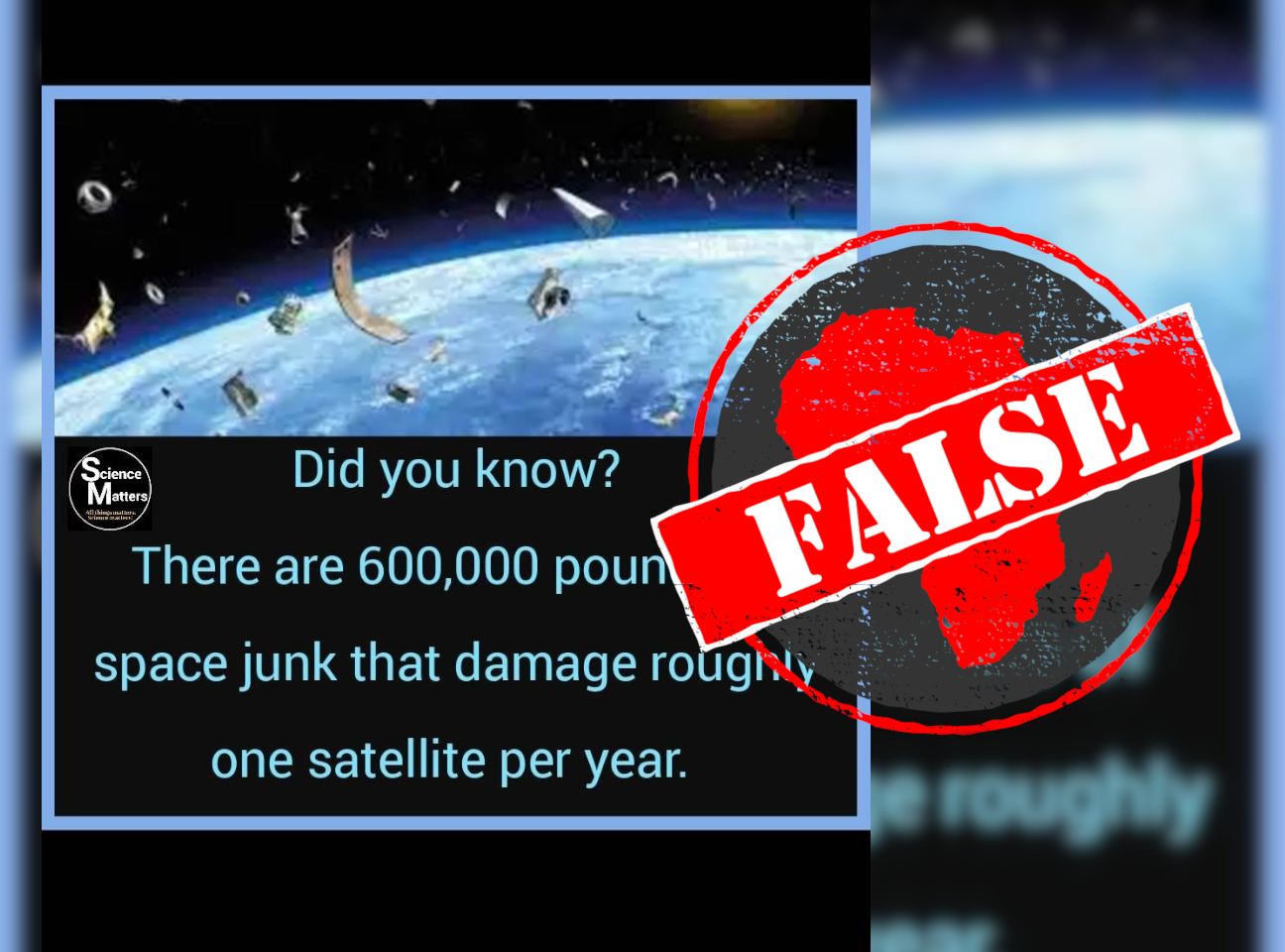 Space junk, also known as space debris, is made up of both natural meteoroid and human-made orbital debris, according to the US’s National Aeronautics and Space Administration, or Nasa.

The agency said in a May 2021 article that there were over 27,000 pieces of space junk orbiting Earth being tracked by the US defense department’s global space surveillance network (SSN) sensors.

A Bloomberg article about “cleaning up outer space” quoted the European Space Agency that there are “more than 8,000 tons of garbage in orbit, made up of about 26,000 objects wider than 10 centimeters”. This is much more than the “600,000 pounds” suggested in the graphic.

There is also smaller debris in orbit that is too small to be tracked “but large enough to threaten human spaceflight and robotic missions”.

But does all this junk damage roughly one satellite per year? We looked into the matter.

The UK’s Natural History Museum says that the risk of collision which requires debris avoidance measures is one in 10,000.

According to Nasa, the SSN often examines the course of orbital debris to look for possible close encounters with the ISS.

“If another object is projected to come within a few kilometers of the International Space Station (ISS), the ISS will normally manoeuvre away from the object if the chance of a collision exceeds 1 in 10,000. This occurs infrequently, about once a year on average.”

The American Physical Society estimates that when it comes to other satellites, space debris collides with an active satellite in low earth orbit every five to six years.

While there is an enormous amount of space junk in orbit around Earth - much more than some 270,000 kilograms – it very infrequently hits or damages working satellites. The possibility of this is closely monitored.