What seems to be an internal memo by the state-owned Kenya Power and Lighting Company (KPLC) announcing the sacking of staff from the Luo community has caught social media attention.

The memo is headed: “TERMINATION OF SERVICES OF CHARLES OCHIENG ODHIAMBO AS KPLC HEAD OF LEGAL”. But its text names several more staff whose contracts are supposedly to be ended.

“The Kenya Power Board of Directors has reached a decision to terminate the services of Charles Ochieng Odhiambo (Founding Partner of Odhiambo and Kamau Advocates) with immediate effect,” part of the memo reads. It has the company’s logo.

It adds that Odhiambo will be replaced by Charles Kigen.

The memo says the board has also terminated the contracts of John Kihenjo from the legal department, Maryanne Aoko Ouma from the human resources department, Silvanus Mc’Owino from supply and logistics and Alice Mutua from the finance department.

The surnames Ochieng, Ouma and Owino are all Luo.

Facebook users who have posted the memo claim it is an early indication that William Ruto, the president-elect, has already started targeting communities that did not support his presidential bid.

Ruto, the United Democratic Alliance leader, was declared the winner of the 9 August 2022 presidential race. But his win has been challenged in court.

Ruto is from the Kalenjin community. His main rival in the election, Azimio la Umoja coalition leader Raila Odinga, is Luo.

Kigen, who the memo says will take over Odhiambo’s role, is also Kalenjin.

It appears to have been signed by Caroline Kittony, described as KPLC’s acting general manager for human resources and administration. 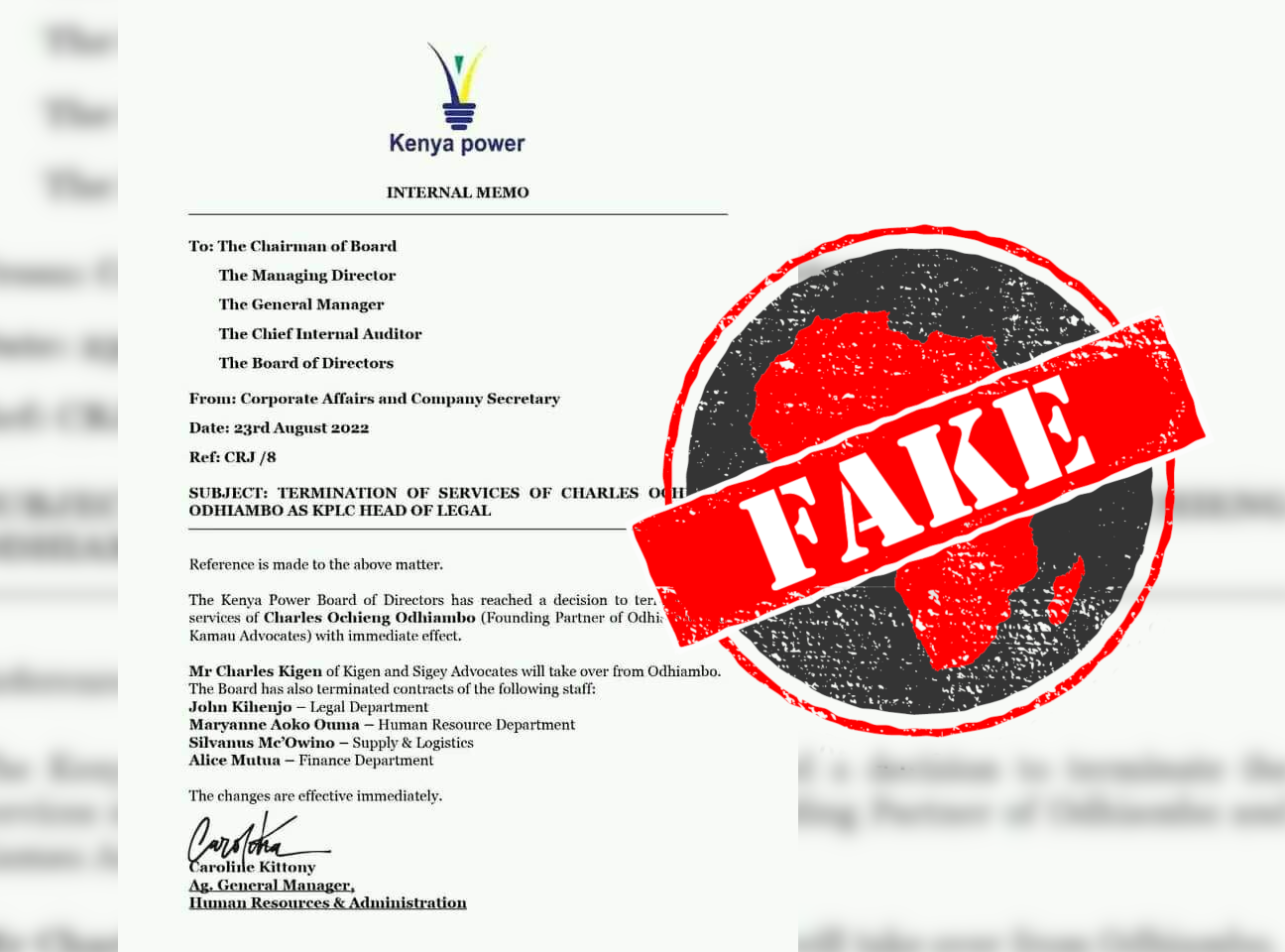 No announcement of staffing overhaul

KPLC normally announces new appointments in the media. But there have been no reports of the staffing changes set out in the memo.

In the company’s website, the general manager for human resources and administration department is named as Cecilia Kalungu, not Caroline Kittony.