A startling graphic posted on Facebook and Instagram claims that “60% of all mammals on the planet are livestock, 36% are humans, and 4% are wildlife”.

It shows a photo of an adult polar bear with two cubs.

Mammals are a class of vertebrate animals – animals with a backbone – with warm blood and hair. They mostly give birth to live young, feed their young with milk, and tend to have more well-developed brains than other classes of animals. 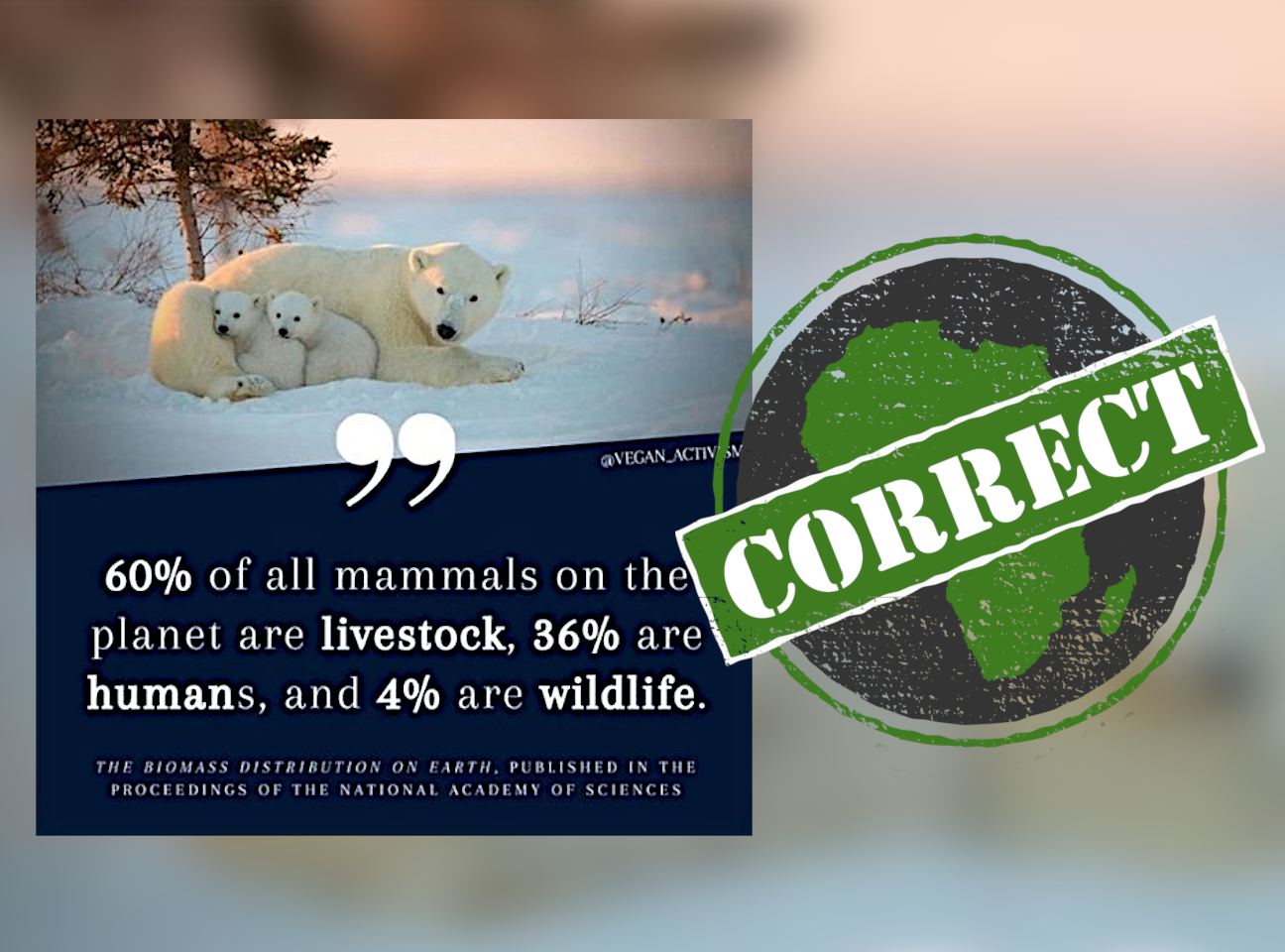 Text at the bottom of the graphic reads: “The Biomass Distribution on Earth, published in the Proceedings of the National Academy of Sciences”.

A research article with this title in a journal by this name was published on 19 June 2018. The study estimated that the planet’s total carbon biomass – the carbon mass of all living things –was 550 gigatonnes. (One gigatonne is 1 billion kilograms.)

Carbon is one of the basic elements for all living things – organisms – on Earth. It is one of the five building blocks of life. The others are nitrogen, oxygen, hydrogen and phosphorus.

The study gave a comprehensive estimate of every class of living thing. It found that over 80% of organisms were plants, followed by bacteria at 15%. Fungi, archaea, protists, animals and viruses collectively made up just under 10%.

The researchers’ estimates broke down the total carbon mass of mammals. Their results were:

Uncertainty – but indication of reduced biodiversity

But the researchers said that our limited understanding of environments such as the deep sea gave their estimates a high level of uncertainty.

“Future research could reduce the uncertainty of current estimates by sampling more environments, which will better represent the diverse biosphere on Earth.”

We could find no other recent comprehensive studies estimating the biomass distribution of all living things on earth.

The graphic is based on a single study, and the percentages given are for the carbon mass of mammal species. They are not based on a count of individual mammals, but are an alarming indication of how we have reduced the planet’s biodiversity.

Wildlife road bridge in Singapore, not the Netherlands